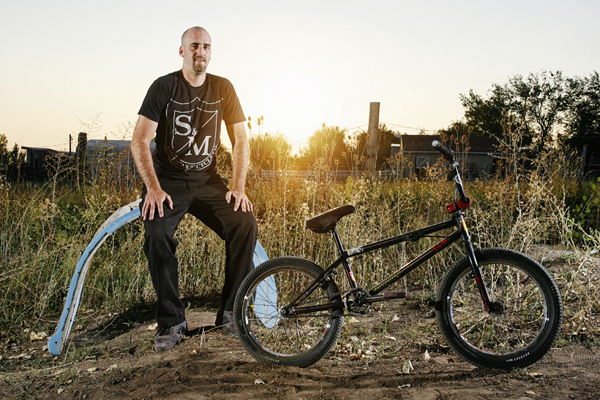 For the past twelve years there has been a BMX backyard of epic proportions located in Layton, Utah. Sure, it didn’t start out as one of the most historic backyards ever built but over the course of time, and thanks to the support of the home-owner it has surely built up a reputation all its own. The owner is none-other than S&M Bikes pro and legend Matt Beringer. Matt is a character that is actually just as unique as his backyard and that is part of the reason why his yard has become a go-to destination for BMX riders from all over the world. Needless to say, it’s been twelve years of good times and it’s all coming to a close as Matt needs to make some decisions on whether or not to try and keep the house. He is at the point where it’s getting to be more stress than it’s worth for him to keep up on without any support so he posted on his Facebook about putting the house up for sale soon. But first, he wanted to let everyone know that it is up for grabs shred-ready and as-is for $200,000. For any companies looking to invest in an amazing team house this is the opportunity of a lifetime. Located a half an hour out of Salt Lake City, Utah with neighbors that already know the deal and a yard that is ride-able as we speak it would be amazing to see a company step in and take it over. I caught up with Matt to break things down, fill everyone in on the exact details and let him speak his mind on the subject.

First of all, what’s the update with the yard?
Well, winter took its toll on the jumps like it does every year but all they’ll take to get running is a good raking and packing. The only thing that I’ve got into back there is digging the car out of the lip in front of the shed to get rid of it. I was going to do that last year but then somebody fixed the lip and everyone was sessioning the shed all the time. It hasn’t been very long since there was snow everywhere but now that it’s gone it’s time to figure out what to do with this stuff.

When I was out there back in October you had mentioned that you were starting to think about actually selling the house someday and now it seems like it’s actually in the works. Can you fill everyone in on that?
I guess it kind of started with me going crazy in the fall of 2011. We had the Red Bull Ride & Seek trip come here and they helped us out with money to fix this place up for everyone to come session here. I spent our budget for the yard and all of the other money I got for having them here. After that was over, we ended up getting the old Coliseum skate park ramps that our friend Jeff Hall had brought down from Wyoming and set up in the back of his print shop. He had to get out of his print shop so they ended up over here. For about three months I went crazy building that stuff that included a three quarter bowl turns and a handful of other quarters into the setup that was already running sweet. The only thing is that I ended up maxing out my credit card buying more wood, screws, saw blades, etc. I became obsessed with finishing this place 100%. I just kept saying “I’m almost done” and kept doing more and more.  I didn’t even ride that much while I was getting into all that stuff. Towards the end of fall everyone was into finishing up getting footage for Killjoy so I dedicated my time to filming for that.

Soon after that winter hit and during that time there’s snow on everything from December to about April. We got some stuff running and I put some Skatelite on the ramps in a couple places where it really needed it but I didn’t have anything to work with money-wise. A couple teams and crews came, rode and filmed but there was no jam or any way for me to afford to really put much effort into re-layering the mini-ramp or anything like that. Besides all of that yard stuff making me broke for the last couple of years I’ve only had one roommate here with the exception of Dave Thompson living here for a couple months, it’s just been myself along with Ethan Spaulding for the last couple of years. Other people have talked about renting the other room that used to be my office but nobody has really been that serious about it.

Over the last couple years some of the other rooms have been turned into other things like my machine shop, Ethan’s guitar pickup winding lab, and the Jam room. Due to the economy I guess, some sponsors have had to scale back too.  It’s got to the point where it’s been hard to keep up the house and yard as well as pay my other bills like my phone, car, utilities, quarterly taxes, etc. Another serious issue is the liability of this place. I’ve come to a point in my life where I need to make some changes. When I first got into this place I had four other roommates that I’d been friends with for years. It was a dream come true and it was pretty much just another house with a mini ramp and a couple jumps. Over the years it’s became some kind of destination for every team or crew that’s coming through town. We ride, barbeque, have some beers, and it’s awesome. Everybody loves it. But it’s kind of become a big burden to me a lot of the time, and it’s almost like a full-time job of living at a free skate park/motel that I’ve been paying for during the past 12 years now and I can’t afford anymore. 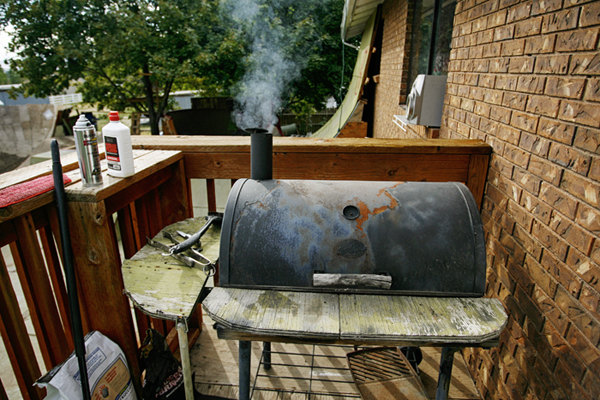 Once you made that public knowledge “save the yard” seemed to be a common theme among the BMX community. Are you ready to move on to the next chapter in your life?
I’ve always thought that one day this place would kind of be as much of a “retirement” as I could get from my BMX career. Not that I’m retiring from BMX, I’m going to ride as long as I can and try and promote the companies that have supported me for years. I just need to have something else that I can be doing with my life besides putting everything I have into this house and this yard. I’m really not ready to move on, I just have to. If I don’t have the responsibility of this place anymore, I’ll be able to start a machine shop down in Salt Lake and have another income besides money from sponsors. I just turned 36 and I’m so happy to say that I’ve been a paid professional BMX rider since 1998. When the time comes and S&M and Odyssey tell me that they can’t pay me to ride for them anymore, I want to have some direction for what the next chapter in my life is going to be and say thank you, not… damn what now?

Realistically how long do you think it would take to get the yard back to normal? Or at least to a point where you would feel comfortable showing the house.
The backyard is one thing, the rest of the house is another. Twelve years of roommates, people staying here, parties, and dumb stuff that I’ve done to this place have definitely added up. Right now Ethan’s moving out and I’m going to be fixing up the inside of this place first. If all goes as planned I’ll have the inside of this place back to being a nice house, have a last “Gnar-BQ” this coming June during the weekend of the 7th and then moving whatever ramps that are still good to re-use somewhere else and plowing the jumps by the end of June. Unless someone else wants this place how it is.

It seems as though your goal with making all of this public knowledge was to give people a chance to spread the word and see if any companies would actually want to invest and turn the house/yard into a team compound. Can you explain what the best-case scenario for you would be at this point?
I think that if there is a company out there, such as a shoe or energy drink company, that have teams in BMX, Skate, and Snow they could buy this place and make it like a sort of time share for their teams to come live. Ideally, they could also afford to get the ramps back in perfect shape for sessions here. The Layton cement park is about five minutes away and it rules, the garage is fun to skate and ride, and in the winter time, Snow Basin, who’s hosted the Olympics and a couple Winter Dew tours, is only about a half an hour away. Either that or maybe someone that has the money and credit to get into this place could buy it and try to get more roommates in here to keep it going how it has been for years. I just need to know A.S.A.P because if nobody’s really going to step up and get into this place with the ramps and jumps I have to get them out of here. 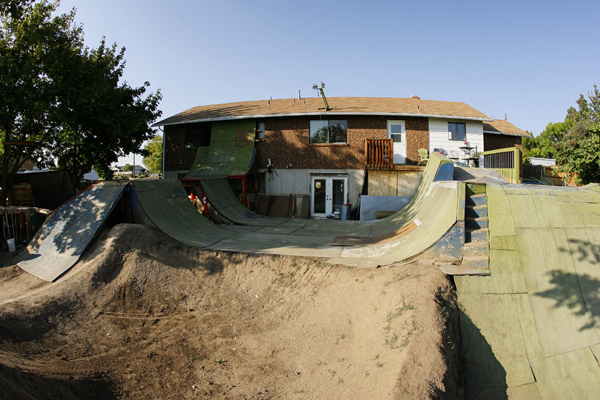 How much would it take for you to walk away, leaving the house along with the yard?
as-is, in someone else’s hands?
I’d be willing to leave it as-is for two hundred thousand. The county assesses it higher than that but it will take a little money to paint and do a few of the renovations that it needs.

It’s definitely the end of an era and more good times have gone down at your house/yard than most people will ever know. What kind of advice do you have for the next generation of BMX house owners?
Be cool and respectful to your neighbors, remember that anything that gets trashed you’re going to have to fix yourself. Make sure to watch out for friends of friends and take the fireworks somewhere else. Dig, ride, have fun, and definitely take advantage of being able to have a place where you can call your own and ride with friends.

Any last thoughts?
Thanks to S&M, Odyssey, all of my roommates that have ever lived here, and everyone else that’s ever been involved with the good times that have been had at this house.

You are here: Home / Interview / The End of an Era: Matt Beringer’s House and Backyard