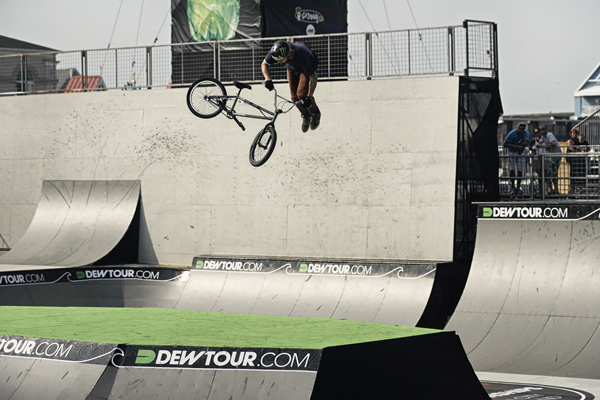 Every week I really just want to provide some sort of feature that is not only an interesting read but a helpful one as well. I was thinking about a few different options for this week and ended up settling on talking a bit about shooting contests and throwing a few useful tips out there. Although not everyone is out there shooting any kind of events/contests on a regular basis it is a great skill to have when the time comes. The more prepared you are, and the more you know the better off you will be. I have been shooting contests for quite some time now and have shot more than I can even begin to count so I have picked up a few things along the way. Take a minute to find out some insider info and feel free to learn a thing or two.

This one may seem kind of silly to mention but in all reality it is a huge part of shooting a contest. You never want to get back home only to realize that you missed out on a ton of photos because you didn’t shoot as much as you could have. This is important no matter what the situation is but especially important in a contest environment. These days, the majority of photographers on the course at all of the major contests are shooting digital. This means that you aren’t spending money on each shot as you would be with film so shoot away and don’t worry about the numbers. Plus, a lot of companies look to photographers that they noticed were at a contest for photos of their so if you just so happen to have a few photos of their guys, you might be able to make some money simply because you shot photos of everyone and happen to have what they are looking for. Also, you can’t sell a photo you didn’t shoot right? There has been plenty of times where companies have hit me up looking for photos of riders from the X Games for example and after going through my stuff I had to turn them down because I realized I didn’t have what they need. The point is, just be sure to shoot more than you might think you need to because you never know. 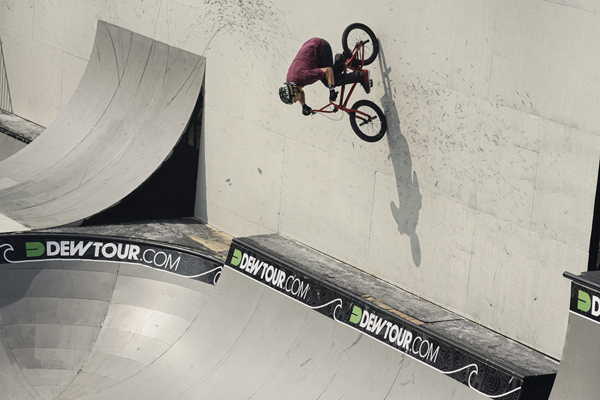 2. Have your batteries ready to go.

Another obvious one right? Well, not always. I have had plenty of batteries die on me at the absolute worst possible times and it’s a tough lesson to learn. I learned it the hard way and am passing that on to you to help you avoid disaster. There are times when you might be shooting for hours and hours and won’t have the chance to get back to a spot to charge your gear so you need to be prepared ahead of time. If you don’t have backup batteries for your camera I suggest making it a priority to get a few. Plus, it’s never bad to have options and you should always count on the worst-case scenario to happen so you can be prepared to handle any situation if it happens to go down. The last thing you want to be doing is missing finals because you blew through your battery during practice and didn’t have a second battery that was ready to go.

Although this one caters a little more to the serious shooter it’s definitely a very important aspect to shooting contests. For one, having a backup body means that you can have a fisheye on one, and a long lens on the other allowing you to shoot a variety of stuff without having to constantly go to your camera bag to switch out lenses. Switching a lens in the middle of a dirt contest is not necessarily good for your camera as it is so having that second option makes things so much easier and helps keep your gear in better shape because you aren’t constantly swapping lenses on and off. Not only that but obviously things can go wrong with a camera during a contest and it sucks to miss out on any photos because of that so always have a second option. I think I mentioned this before but there have been times where I have had a shutter completely blow up during finals at the Dew Tour in Portland. Luckily I had a backup body on me and everything ended up working out but that isn’t always the case.

Your goal as a photographer covering a contest should be to provide the viewer with photos that explain the story of what it was like to be there. You want to translate the vibe through your work and shooting lifestyle stuff is a great way to do just that. Whatever you see just document it. Basically you want to be immersed in what is going on and try to let that show through the photos. So, take it how you will and of course everyone’s idea of what makes a good lifestyle photo is a little different but for the most part it’s all about communicating a vibe through your photos. Plus, a lot of people get so caught up in trying to shoot all of the action that they forget to show what it was like to actually be there. 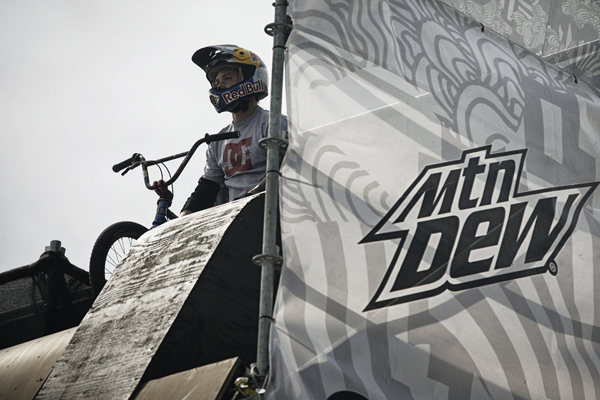 5. Think outside the box.

What this means is to get creative. Shoot anything and everything that you see. Find angles that you wouldn’t normally think would be good and go for it. Push your limits and try to do things a little differently than other people. If you happen to be shooting a major contest where you know tons of other photographers will be at you need to come up with a way to make your photos stand out. Bring along a disposable camera, find the crazy angles, shoot with film, mix it up and just do your own thing. Find a way to stand out and you will get much more satisfaction out of your photos.

6. Know how to approach the riders.

A lot of times when it comes down to it, riders are at a contest to compete. As much as it is about fun and just vibing out with your fellow riders when something like $50,000 is on the line you don’t necessarily want to distract a rider by asking them to shoot a sequence of a flip double whip during practice. Feel it out and go from there. If you happen to see a rider do something that you think would make a rad photo, go ahead and ask them if they would be interested in doing it again. I always approach this with caution and leave it 100% up to them. Sometimes I will even show them an example of the photo I have in mind just to get them stoked on shooting and that definitely helps. I guess the main point of this section is to just go with the flow. If the contest is obviously mellow and no one seems too stressed out then sure, ask riders to shoot. On the other hand, if things seem tense and it’s the last practice session before X Games finals it might be best to just sit back and get what you can get. This all comes with time as well because over the years you build relationships with the riders and that makes it much easier to approach them about shooting during practice. 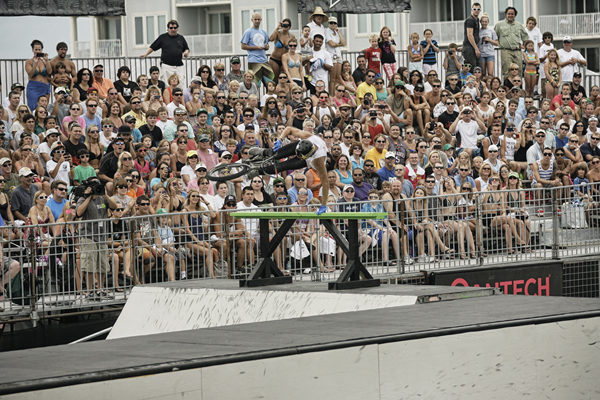 Sometimes at major contests they have specified “media” areas where you can shoot from. Sure, this seems like a great idea but the only thing that means to me is that every single photo from every photographer is going to look identical for the most part. What you can do to avoid this is make sure to move around. A lot of times I will actually skip out on the specific media area and go sit in the stands with the crowd just to have a different vantage point compared to everyone else. Of course every single contest is different but the main thing to remember is to switch it up. If you get a few good photos from a certain spot the first thing you should do is move. You can only have so many photos from the same spot so don’t waste anymore time if you get some keepers. Basically whenever you see a group of photographers hanging out and shooting from the same spot, go somewhere far away from them. You want to do whatever it takes to give your stuff a different look and sometimes all that takes is knowing how to choose a good angle.

If it’s a multi-day contest and you have been watching everyone ride practice and qualifying then you should have a very good idea of each rider’s runs and tricks at that point. Typically riders will stick to a certain line and work on getting it dialed for finals. This gives you a heads up on what to look for. If you see a rider try something crazy in their first run and not pull it I would make it a point to be ready for that same shit to go down in the very next run. Basically you just want to really feel everyone out and remember who did what and where and then place yourself in the best position to be ready to shoot the banger tricks. Some riders are also down to fill you in on what they are going to do and where making it much easier to be ready for it. 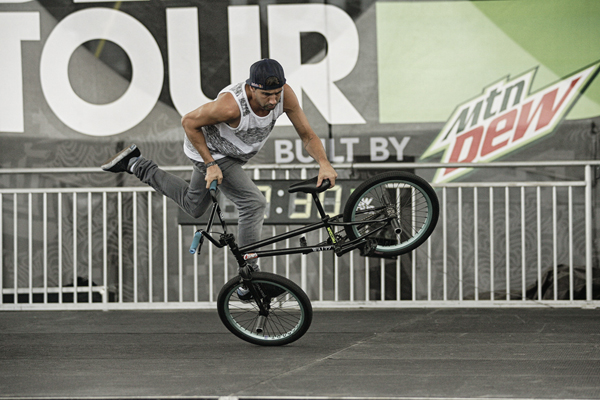 9. Back up your photos after each day.

Yes…another obvious one. If the contest that you are shooting happens to be a multi-day event, you will definitely want to have a backup system in place after each day. This comes a little easier if you have pulled the old “accidental format” before a shoot when you had a few hundred photos from the day before on there. Nothing is more important than having your photos backed up so take the time out and really try your best to start with fresh formatted memory cards before each contest.

Shooting contests can be an amazing time and on the other hand it can be very stressful as well. The thing you need to keep in mind is that even though it might be a little annoying to miss a certain trick or blow a shot by having it be out of focus or over/under exposed you are still shooting BMX and witnessing some rad shit go down. I have been fortunate enough to see some of the most amazing riding to date go down right in front of me all because of shooting contests and that is not something I am going to complain about. Keeping a mellow approach and making sure to have fun with it will reflect in your photos as well. 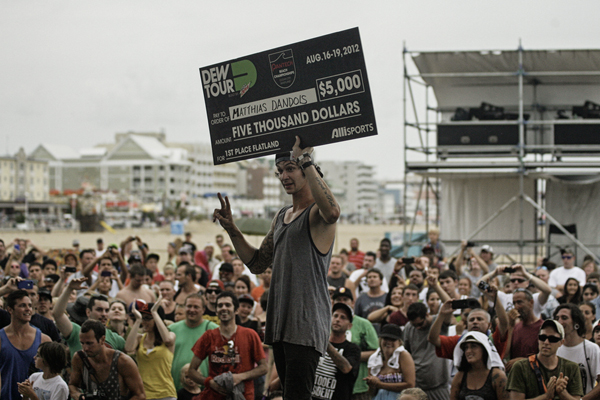 Again, same thing as last week, don’t forget that we have a Through The Lens Photo Contest going on right now that is sponsored by Quintin. And be sure to check back next Wednesday for the thirty-first edition of Through the Lens and as always feel free to leave any questions in the comments section or email me at info@jeremypavia.com and I will hit you back as soon as I can. Feel free to follow me on Twitter and Instagram @jeremypavia.

Head back to the front page for more Originals or hit up the Daily Section for all the latest videos, news, products and more!

Want to check out past Through The Lens features? Click below!