Alistair Whitton is a rider that I’ve always looked up to. He’s always had his own unique style, and his own way of doing things. Being from England and being stuck riding inside gave him the drive to progress and eventually make his way to the states well over a decade ago. He actually came to America for the first time as a Camper at Woodward. That eventually led into being an employee, and then after proving himself to be worthy as a rider, he became a live-in pro. He’s had quite the career in BMX. He has ridden nearly every major contest across the globe, road tripped more times than he can count and currently has his sights set on stunt work at the moment. Alistair is looking to move to the next stage and use what skills he has gained from riding over the years while he is training hard to learn new techniques to put to use as well. He has already done work in a few big name movies and plans to continue on the fast track to being a legit stuntman. When you hear him talk about it you can tell that he wants to make it happen. He’s the type of person that I would take his word on it, especially after seeing what he can do on a BMX bike. It’s only a matter of time before we’re all at the theatre stoked to see a fellow BMX’er on the big screen chasing his dreams. I ended up cruising over to his house yesterday morning and hung out while he was making breakfast and getting his day started. I asked him what kind of interview he wanted to do; he said just hit record so that’s exactly what we did and this is what came of it. 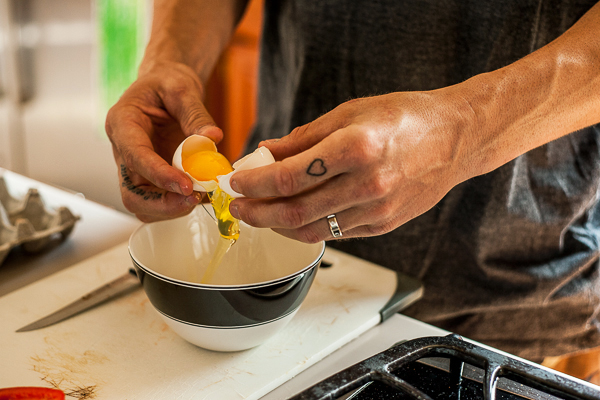 What’s been going on lately?
This year has been pretty fun. I started it off with a stunt job in New York. I was going to be the stunt double but I was too big for it so I did a lot of camera bike stuff with a Red camera strapped to my helmet. We would go out for 30-minute bike rides just dipping through traffic and pedestrians while I would get follow cam footage. I had a monitor on my bike so I could see what I was filming and we got some cool ass footage doing these rebel runs through the city.

What is the name of the movie?
It’s called “Tracers” and it’s going to be out in 2014. It’s a bike messenger/parkour love story movie for kids and it should be a fun watch.

Have you been riding BMX?
I’ve was riding a lot of mountain bikes for that movie so I really didn’t touch my BMX bike for around two months. Then right after that the Mongoose Jam came into Woodward. The trails were running good, and the jumps were pretty big. I had a blast, and I put some runs together. It’s a good contest having the jam format. We had a lot of fun, which is what we wanted to do, and made a bit of cash, which was nice bonus. When it comes down to it, I’m still doing me. I ride what I want to ride and how I want to ride.

What’s next?
I’m in training mode right now. I thought that I was ready for stunt work but I quickly realized I wasn’t too ready for that. I need to bulk up and I personally want to be strong and fit and this has given me the extra motivation. I’m just in that zone right now of eating clean, not drinking and I’m feeling great. If nothing comes of it, it’s all for personal gain and I’m ok with that. So I guess just that, balancing life with the kids and being a dad. 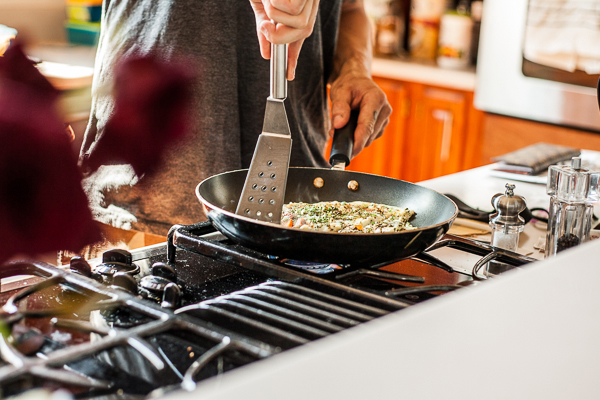 How’s Dad life?
It’s pretty sweet. I have two fun boys that just do what I want to do. We just come outside and ride bikes, hang in the garage, play in the sandbox and just have fun. I’m just a big kid really. I just have a crew of guys now to do cool stuff with all day long.

What other BMX stuff have you been working on?
I might be going to Cuba next month for a Vans demo for the military. The last time we did one earlier in the year we went to Guam. I really enjoy giving back and doing those demos for the American Troops. I like showing people that BMX is badass. We do a cool show and if that gets a kid to go buy a bike that’s awesome.”

As far as keeping up on stuff, do you really follow BMX or no?
I’ve kind of fallen off a bit. To be honest, I just don’t have time. When you have two kids, especially my two boys, you barely have a few minutes to chill throughout the day.

What was it like growing up as a rider in England?
England was all about indoor skateparks because our weather was terrible. I didn’t know of any outdoor parks around me. We had a pretty cool spot called “The Boneyard” in Chester, England. It’s actually still there now. The roof is fairly low and I’ve definitely hit the roof a few times. It’s got tons of cool stuff there though, it’s got such a great vibe and all of my boys still ride there so it’s always a good time.

How often do you go back?
Last year we went back for a couple of weeks but it’s so expensive with my wife and two kids. That’s four round-trip tickets so we don’t go back too often but I have family there and try to make it back when we can.

What does the future hold for your family?
I feel myself being better in America and I realized that this is going to be a great place for my kids to grow up and have a ton of opportunity. I would love for my kids to be stuntmen. I want to train them at a young age and teach them the skills that I wish I had. 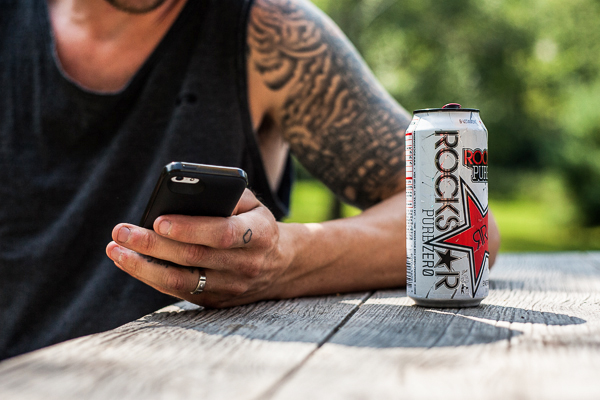 How did you end up getting involved with Woodward?
Woodward was the first place that I wanted to ride in America. I was a camper one-year in 1998, and then I applied for a job the next year and worked the go-carts for three months. After that I got picked up by MacNeil Bikes and started riding all of the contests in the states and ended up chasing the dream out here.

That pretty much set you up for a wild ride and it’s not over yet. What are your thoughts on that?
I definitely live a unique lifestyle but it’s good though because I get to spend a lot of time with my kids and ride BMX on my own time. I guess I’m just very luck to have been able to ride bikes, have fun and do what I love for a living.

What about making a BMX/stunt edit?
I’d love to put all of my effort into the biggest, baddest edit showing all of the things that I do and I’ve got so many ideas but even if you put all of your effort into it and be completely unique, it’s just going to show up on the internet and then be gone.

What’s with all of the stuntman talk?
I’ve always wanted to be a stuntman since I was a young kid. To be honest, I wish I had concentrated more on that and less on BMX. I’ve spent the last ten years trying to stay on my bike and now I’m asking to hit the fall off, hit the ground and crash. 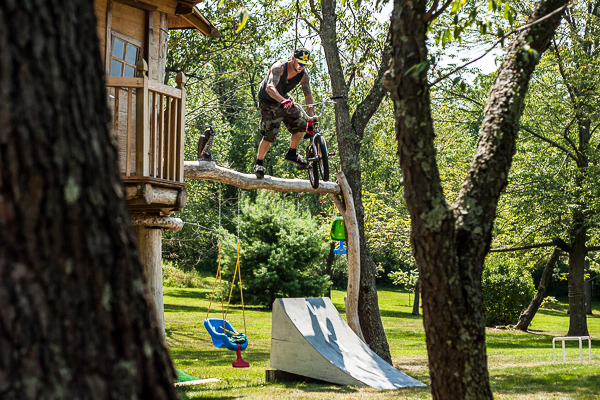 What advice do you have for kids looking to make a career out of BMX?
I wish BMX had something that you could put down on paper and help you get a job. I’d love to tell kids to get a backup plan now. If you miss out now on something that you’ll say you will learn ten years from now, you’re screwed because trying to get that chance back later in life most likely wont happen. BMX will always be there. I’m super-grateful for what I have had. I’m at the position where it’s slowly coming to an end and I’ve come to terms with that. If you can’t translate how fun BMX is, and the kids out there can’t relate to you then you’re useless. There are so many unmarketable kids out there that have been amazing at riding bikes but if you can’t bro down with the people around you, then it’s not going to work. If you have a bad attitude, you are going nowhere. Being a pro is about riding good, making BMX look good, and just being cool with everyone.

What’s your five-year plan?
I can’t go that far, maybe a five-day plan. I know what I’m doing this week, and maybe next week. My real goal is to get on a core team for a movie and work through the entire movie on the stunt team.

Well that about wraps it up, why don’t you give out some shout-outs and thanks to the people that allow you to live the lifestyle that you do?
Thanks to Jerry Badders and Vans shoes, Heath Pinter and Steve Matus at Rockstar Energy Drink, Scurto and Anna at Oakley, Ronnie B. and the crew at Sparky’s, Pro-Tec helmets pads.

Any last words?
Look to the future, live in the moment, have fun every day and DO YOU! 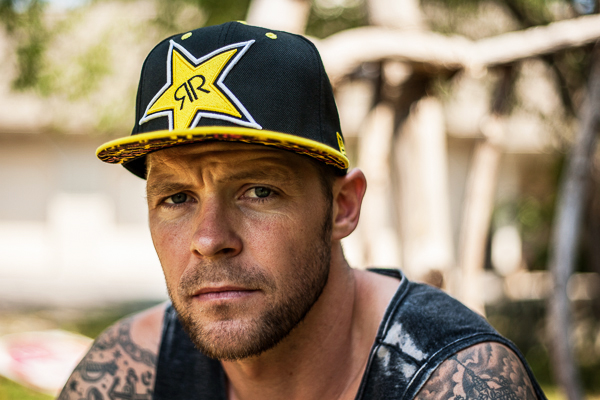 That’s all for this week. I hope everyone is enjoying these one-off interviews and if you have any ideas or suggestions for future column ideas please feel free to let me know. I love any and all feedback. Also, be sure to check back next Wednesday for the eightieth edition of Through the Lens and as always feel free to leave any questions in the comments section or email me at info@jeremypavia.com and I will hit you back as soon as I can. Feel free to follow me on Twitter and Instagram @jeremypavia.