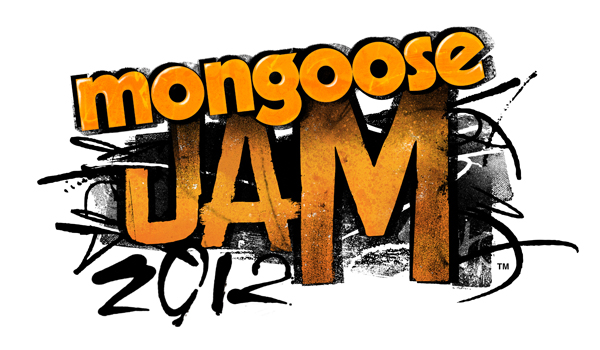 This week’s feature is going to be a little bit different than most and a bit of collaboration between The Union and Mongoose. I recently headed a few hours north of Los Angeles to shoot the Mongoose Team Jam up at Woodward West in Tehachapi. It was three days of shredding and nothing short of a good time. I was originally just going to cruise up and shoot a gallery for the site but at the last minute I was asked to shoot the entire event for Mongoose and of course I wasn’t going to turn that opportunity down so I ended up being pretty slammed with work over the course of three days. When it all comes down to it if you get to shoot photos, have fun, chill with some good friends and even sneak in a session or two and consider it “work” it would be hard not to have a good time. But enough about that just hit the link and get an inside look at what went down at the contest.

When I first heard about this contest I was really stoked on a few things. One, it was going to be at Woodward West which is always a sweet place to go to. Two, it was being put on by Mongoose with a big pro purse of $40,000. Three, it was a team contest where five lucky campers got the chance to be on a team with some of the most amazing riders in the world and compete side by side with them. Four, the list of pros that were invited was stacked and lastly it was a breath of fresh air and wasn’t your typical contest at all. The format was simple; five pro Mongoose riders (Steve McCann, Cam White, Greg Illingworth, Paul Ryan and Ben Wallace) each got to hand pick and invite a crew of four other riders to join their team. After that there was an amateur contest held at camp where the top five riders names got put in a hat and the Mongoose guys picked the names at random. This kept things fair and also made things a little more interesting for sure. The Amateur contest started off a little bit slow but ended up heating up in the end. All of the riders killed it and the top five definitely deserved a shot to be on a team. So, once the teams were selected it broke down like this. Each team has two riders in each discipline. So two for dirt, two for park and two for street. Each section was worth a total of ten points. At the end of all three events you take the total points and whichever team has the most comes out on top. It’s pretty simple really but made for a great format that kept things competitive but chill at the same time. 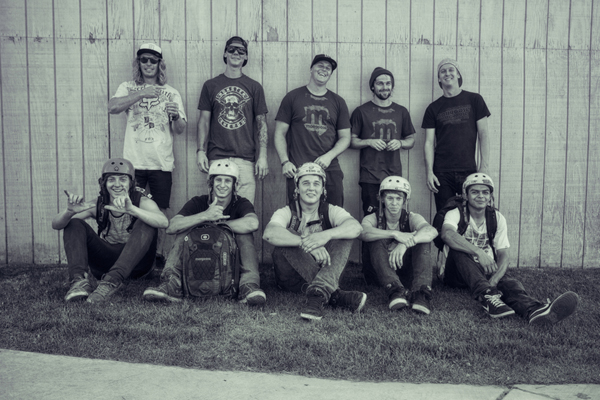 One of the craziest things to go down from the start of the contest was just how many rider changes they went through before things got started. For example, Rob Darden was set to be a judge until Daniel Dhers got hurt and couldn’t ride so Rob took his spot as a rider and ended up throwing down at the trails. Cory Nastazio was good to go until a few days before the contest when he knocked himself out at his own trails. Ryan Guettler was called in to take his place but actually ended up cracking some ribs while up at camp and had to turn the contest down and Andy Buckworth stepped in for Harry Main on Ben Wallace’s team. I can’t remember all of the switch-ups and reasons for each but there were plenty. Either way, a few riders like Victor Salazar and Todd Meyn got the chance to step in and fill some spots. Also, Stevie Churchill missed his original flight and ended up showing up to the contest just an hour or so before it was time to ride. Needless to say it was confusing for a while there but everything ended up coming together just the same and every substitute rider shredded just as hard as anyone else would have so there was no problem there.

The way it worked for the dirt contest was that two pros from each team rode the trails and got four runs each and out of those four two would count. This kept things interesting because riders would try to get a few runs in the bag and then had some freedom to send it after that and roll the dice. The trails were actually really dialed and after a bit of practice everyone started to get comfortable and throw down some big tricks. One of the coolest parts about the dirt comp was the fact that McCann rode for his team and it’s been a while since he has competed in dirt so that was rad. Another highlight for dirt was Kevin Peraza. I have been keeping up with his riding over the past few years and knew he was killing it but he really impressed me with how dialed his tricks were. I think he landed everything for the most part and threw down some heavy moves. TJ Ellis and Hucker also killed it, as well as Darden. Man, it’s hard to pinpoint any certain rider because each one had something unique to offer and a bit of a different style and trick selection. Ben Wallace obviously killed it and was teamed up with TJ Ellis who also killed it giving them the win after the first section. 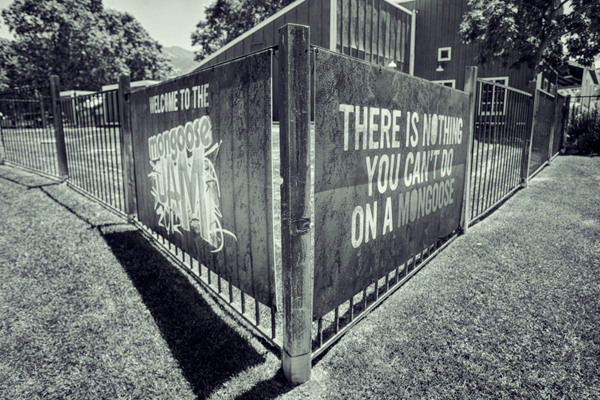 The Park contest went off and there was a wild list of tricks that got thrown down including double backflips, 1080’s, 720 trucks and more. Needless to say no one was holding back and a show was put on for sure. The four run format was the same for park as well. One of my personal favorite moments of the park contest was when Kyle Baldock showed up after driving for a couple of hours, literally rode the ramps for a few minutes for the first time ever and then absolutely destroyed them soon after. He had the lines down almost instantly and did every trick perfectly. Whatever he is doing, he is doing it right and any rider has to respect his hustle. The park contest featured one pro and one amateur and it was cool to see the Am’s get the chance to ride with some of the best that do it in BMX. What a crazy opportunity for a kid at camp. One minute you are chillin’ and the next you are waiting to take a run after Kyle Baldock. Another highlight of the park contest was seeing Greg Illingworth absolutely kill it. He rode fast and smooth and found some of the best lines out of anyone. Not to mention he did one of the smoothest downside whips that I have ever seen in his final run. After the park contest and the points were tallied it was clear that Ben’s team won that contest as well. Now, what that meant is that they had a total of twenty points going into the third round. So, before the last round, the winning team was actually finalized and it was a fight for second place behind Team Wallace.

The Street contest was expected to be one of the best of the entire contest and it definitely lived up to the hype. With riders like Jeremiah Smith, Stevie Churchill, Connor Lodes, Christian Rigal, Big Daddy, Brian Kachinsky, Pete Sawyer and Paul Ryan on the list it was no wonder it was the best event of the whole Jam. The street event was broken down into three separate sections and ridden like an actual Jam format instead of individual runs. This made for a much more exciting show and the energy was rad because when someone would throw down it would instantly make someone else want to throw down right behind them. Kachinsky killed it, Paul Ryan killed it, and Jeremiah Smith killed it as well. I don’t want to say that they were the only ones but they definitely stood out. So did Pete Sawyer. His trick selection was original and his style was on point.

After the street section was wrapped up it was time to wait for the judges results to come in to see where everyone placed behind Team Wallace. The whole “team” aspect was really a treat to watch go down because as a rider no one had to feel that unwanted pressure which means that everyone was more relaxed which brought on some amazing riding. Although there was a ton of money up for grabs at no point did this feel like a contest where the prize money actually matters. No one seemed to care and everyone was just out there to have a good time and give some up and coming riders the chance to get in the spotlight for a bit. Overall the contest was amazing and I hate to even use the word contest. Like the title suggests it was a Jam and everyone knows that Jams are way more fun than actual contests. I want to give a big shout-out to Mongoose for hosting an event like this and putting on an amazing contest. Not only was it a huge success riding wise, but the fact that Mongoose stepped up with such a solid prize purse and brought in the amateur aspect as well giving some young riders a once in a lifetime opportunity made this an event to remember. 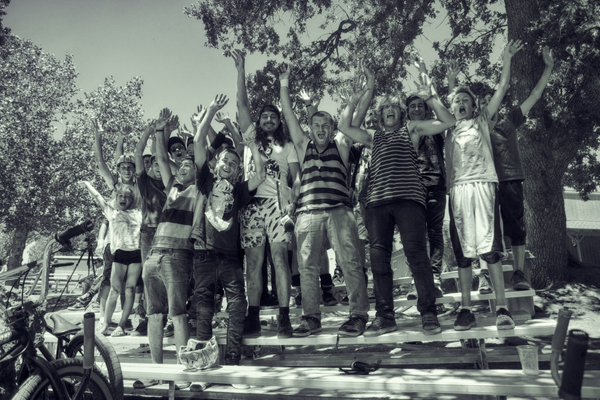 *All five of the amateurs also will be getting a year-long flow deal from Mongoose; talk about giving back to BMX! Check the list below to see who made the cut.

After that, watch all of the action that went down right here in the videos below. Sit back, grab a snack and enjoy the show.

Anyways, be sure to check back next Wednesday for the twenty fifth edition of Through the Lens and as always feel free to leave any questions in the comments section or email me at info@jeremypavia.com and I will hit you back as soon as I can. Feel free to follow me on Twitter and Instagram @jeremypavia.

Want more Through the Lens? Check out past editions below!