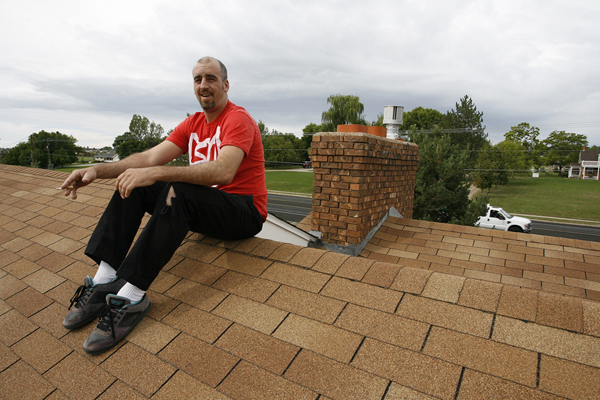 Whenever it comes time to put together an article for print you typically end up with more photos and copy than you can use. Sometimes certain parts of articles just have to get fully cut out due to space limitations. So, for example, the following story that you are going to read written by none other than Matt Beringer was originally set to go into an upcoming interview in Soul Magazine about Matt’s yard. There was a small problem though and that was the fact that he wrote nearly 1,000 words in response to a single question in regards to the water slides in the yard and how he got them. Now, if you know anything about print, you would know that 1,000 words are way too many words for one answer. I immediately took the answer and saved it as “Beringer Bonus” and had a plan to use it at one point for a future project simply because it’s an awesome story that I felt was definitely worth sharing. When I was out in Utah staying with Matt for a week working on a few different things we ended up spending a lot of time just shooting the shit and talking over some beers. He has so many awesome stories and they are always entertaining so I decided that instead of having this never see the light of day I would share it with the world. Welcome to the first edition of “Story Time” with S&M lifer and legend Matt Beringer.

“…There’s a lot of history with that place that makes me really superstitious about some things that happened here. One time I got home from Salt Lake City, checked my e-mail and my friend Skier Jay had somehow found a picture of the slides when they were actually built and slide-able. It was the first time I had actually seen a picture of them when they were in good condition and I’d looked a couple times on the Internet to see what kind of pictures I could find of them. After seeing the picture that Jay sent me I started looking more and more into Saltair. What I found was a bunch of crazy history about the place including stories of the place just getting thrashed by fires and re-built a couple times. The one story was from an eyewitness of one of the times there was a fire out there. He explained in all too realistic of detail people up in windows screaming for their lives as the fire burned until they finally couldn’t take it anymore and jumped to their death. His explanation gave me chills because it was really vivid and over-explained. 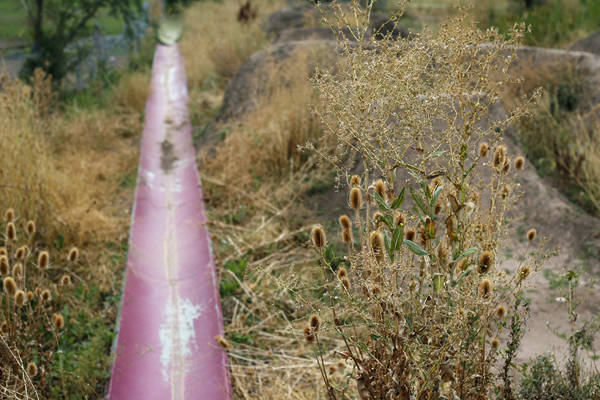 Right when I’m feeling chills about reading into what happened out there there’s a knock on my front door, enough to kind of startle me and snap me out of what I was reading. As I went to answer the door my roommate was running up the stairs to answer the door too. “Did you see what the wind did to the slides?” he asked. I went back there and the wind had somehow ripped the sections apart in a couple of places and flipped a big section of it all the way over. I couldn’t believe that the wind had done that because the sections were together really good and there was dirt built up to the edges everywhere. I was convinced that the spirits of the people that died at a place that they went to have fun were telling us that the slides were too unstable and that we needed to build them right. Before the Red Bull “Ride & Seek” thing that was here I was back there taking straight away pieces apart down the middle for the changes we were making on the slide. I took a break and went over to grab my drink. I had my headphones on and I looked over and saw what was a bunch of gnats at first because of how those little bugs kind of swarm together. Then I realized what I was seeing about 15 feet away. It was a swarm of bees about 25 feet in diameter in the back corner of the yard. Stunned and realizing that if they got pissed I was going to get killed by a million bees, I slowly went up further in the yard to tell Brian, Elf, and Ethan what was back there. When we went back there they had kind of lost formation and flown off a bit. Brian and I stayed down there and little by little they formed back into their massive ball of a swarm. For some reason I really didn’t feel threatened and kept working on the slide pieces. Their swarm kind of moved over to a different part of the yard still close to where I was and then they parked in a tree. It looked like a giant football of bees about 2 1/2 feet across. They chilled there for about an hour and then swarmed back up and took off. 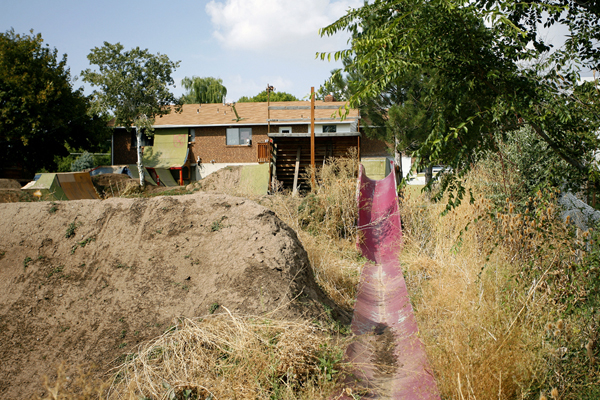 I know I sound crazy but I honestly think that they were spirits checking up on my progress. One time I was down in Salt Lake and I decided to go to a Saltair museum that’s at the place where they have concerts. I wasn’t really planning on going there that day but I kind of decided to all the sudden out of nowhere. I got off on the exit before the one I needed to and took the frontage road. I was almost to the place where the slide pieces were and I saw some little signs that I had never seen before. I pulled over to check them out and realized that I was at the place where the old Saltair was. The place that had burned and all those people died. I got out of my car and started walking. It goes on and on. There were foundations and pillars from the old place. I just left my car with my bike on the rack and the windows open as I walked further and further because I was seeing different things that were actually ride able. Little cement wedges that I ended up trying to front flip off in the snow in the KillJoy DVD, railroad ties sticking out of the ground like pole jams, and clear out at the end of it all is this steel structure with two arch grind-over things. There was just some weird stuff out there that I had somehow been drawn to that day. I know I’m ranting about all this stuff but my buddy Chicken sent me a picture of myself when I was building in the 3/4 bowl at my house. In the picture it’s pretty damn creepy because there’s a distinct face in the trees looking down at me. The crazy thing is that the next text I got from him was a picture of a rail that he’d been back to multiple times to manual and it was gone. Apparently they didn’t like their picture being taken. Damn, I’ve gone on and on about all that stuff. There’s actually more things that have happened that I relate to that stuff. That just lined up too much to not be something but I wont get into it anymore.” -Matt Beringer

That’s it for this week. I am not superstitious or anything but it sounds like Matt has some reasons to be a little curious. I am into the idea of continuing the Story Time as a bit of a regular thing, if you are into it let me know. I love working on interviews with riders because it’s always awesome to hear a random story, from an awesome rider, and Beringer is full of them. Hopefully you enjoyed this week’s column, as random as it was. Also, be sure to check back next Wednesday for the fifty-fourth edition of Through the Lens and as always feel free to leave any questions in the comments section or email me at info@jeremypavia.com and I will hit you back as soon as I can. Feel free to follow me on Twitter and Instagram @jeremypavia.