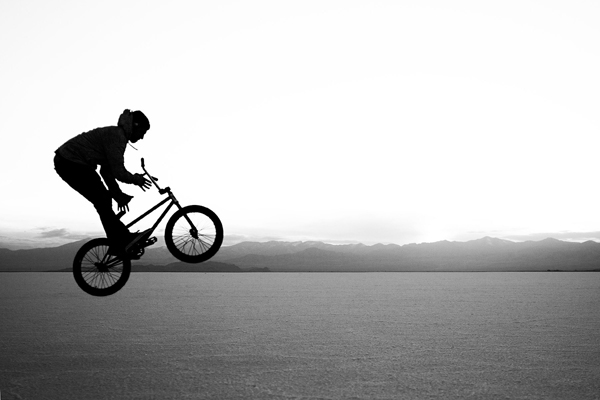 Anyone that follows Jeff K on Instagram or Snap Chat probably has a pretty good idea that he has been off his bike for a couple months due to having wrist surgery. BMX is something that comes with a lot of risk and the injuries are inevitable.
So After 2 surgeries, a lot of cold weather and some time on his hands, Jeff has picked up some new interests to help him pass his time off his bike. We got pretty curious as to just what he was getting into with all of the down time he has, so we got ahold of him to find out what’s new and see some of his latest projects! Let’s take a look!

How’s it going, Jeff? Been a while. Has Milwaukee thawed out yet?
Its going, it has been one of the worst winters I can remember… Its been unbelievably cold and snowy, I hate mild winters so being injured and stuck in Wisconsin for a harsh winter has been a bit much. We seriously got our first “nice” day yesterday, and saying it was nice is kinda stretching the truth a bit, but being from Wisconsin you take anything above freezing as a “nice” day. 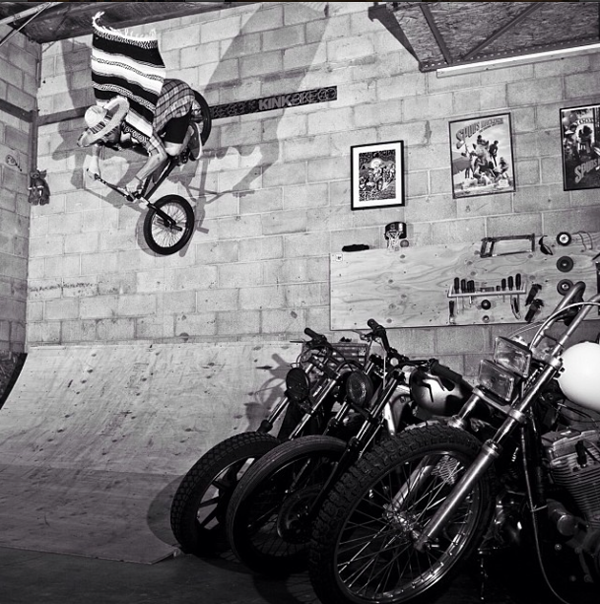 So over the winter you took a spill and broke some bones in your wrist, right? How did that happen?
Well Actually it started in September on my trip to AZ to film for my January Profile Edit. The first fall in that edit started my wrist issue. I was trying to double to tire ride the second stage and went to hop and I got bucked all weird and went to my wrist… I iced it for a few days and finished out the trip in a lot of pain, but I could still ride. Then while on another trip from Texas Toast to SD I totally blew out my wrist. I made it to SD, but on halloween Nick Steben and I were shooting a photo and I landed weird and my wrist went. It swelled up and I knew I had to get it looked at so I flew home a day later.

It seems like wrist injuries are pretty common in BMX, have you ever done something like this in the past?
Of coarse, not to my wrist, but I’ve had a few surgeries. Anyone who rides bikes knows it’s part of it, but this is the longest I’ve ever been off my bike. 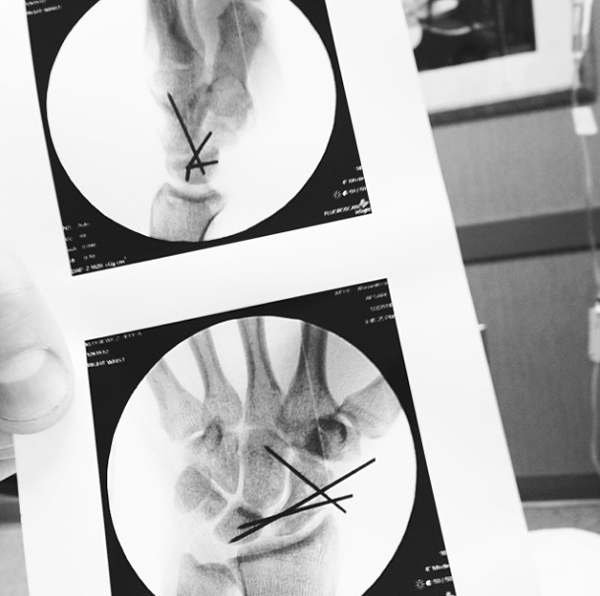 What’s the healing time like for an injury like this? I’d imagine you weren’t too bummed since the weather has sucked for the last 6 months, haha.
Well I’ve been out since Halloween and I’m sure I have like a month or 2 left off my bike, so its been long… Way too long. Yeah, I was bummed, I love winter sessions at 4SEASONS with all the MKE/CHI crew, but I’ve kinda tried to stay away from the park and from all the BMX sites. Being around bikes and watching web videos just bums me out. So I choose to pretend like I don’t ride bikes anymore, haha. In a way its been nice to kinda dive into some other passions and get away from BMX for a while. I’ve been so involved in that type of lifestyle for so long, that its nice to realize that there’s so much more out there… Once I start riding again I know it will suck me back in, and I’ll have your typical BMX convo/lifestyle on the day to day.

I feel like I always get Snap Chat’s from you with you hooked up to an electric shock therapy thing. What kind of therapy is involved with this?
Thats just some sort of way they get medicine right into the painful areas and also reduces swelling deep in my wrist. Kinda weird I know, but after them my hand has no pain for the rest of the day, and when your wrist has constant pain, it’s nice to feel good for a few hours. 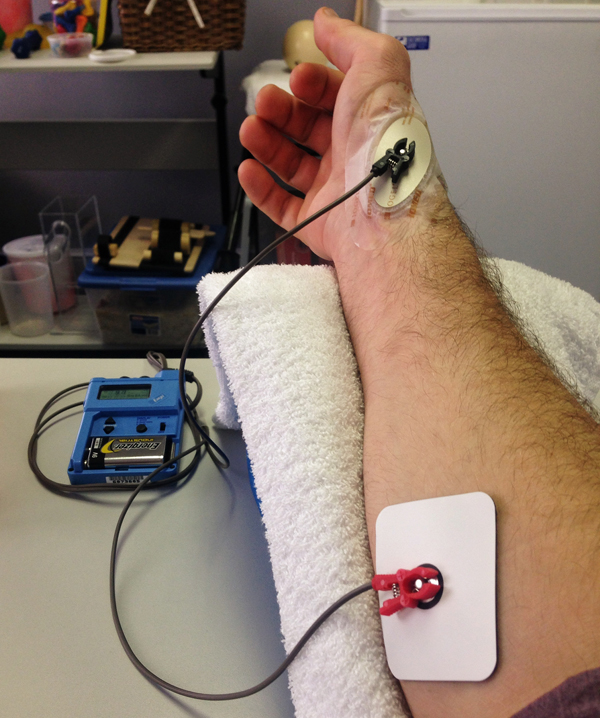 So you’ve been off your bike for a while now. When do you expect to be able to start getting some sessions in around Milwaukee?
I just got the ok to be able to start doing some lifting with it and I can cruise around MKE on a bike… Non-BMX but I love pedaling around our city so i’ll take it! As far as BMX, I’d say a month or 2.

I know you are always working on some new project and over the years your interests have changed quite a bit. You have been getting into woodworking lately, right? How did that all start?
Um its weird really I’ve never had a wood shop class and have no knowledge in how to actually/correctly build something… It’s all been self taught, I’ve been building ramps for the past 8 years and I’m sure that has helped me. I also have learned a lot from people I’ve worked with. I’ve always loved building and creating so I look a lot at how things are created and I use that to help me create. Anyways, I built all my furniture for my place a few years back and I really enjoyed it, after that I really wanted to start a wood shop and try to build more things. So last year I did.

Are you doing any jobs for people or are you just cooking up ideas and then seeing if you can sell them?
I do both. I like building random things because I can do what I want, but building for others is fun as well. They tell me what they want and I put my own twist on it. Im doing a couple art shows this summer that I’m very excited about. Check out an like TLB Woods on Facebook! I am also trying to get a Etsy account going in the near future. 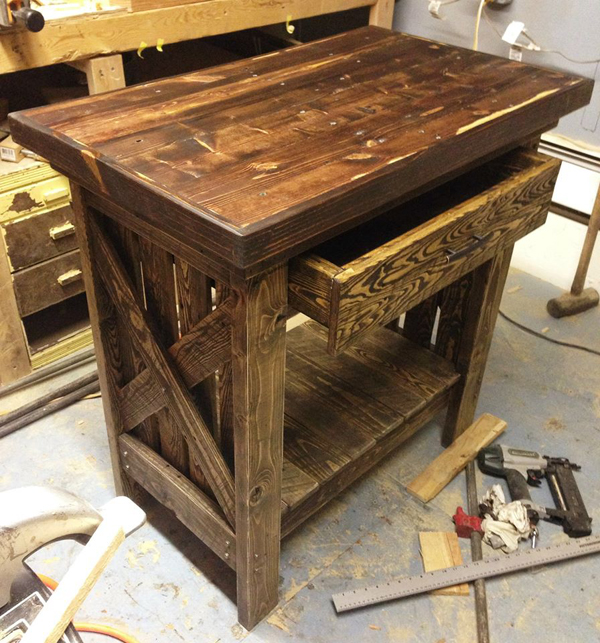 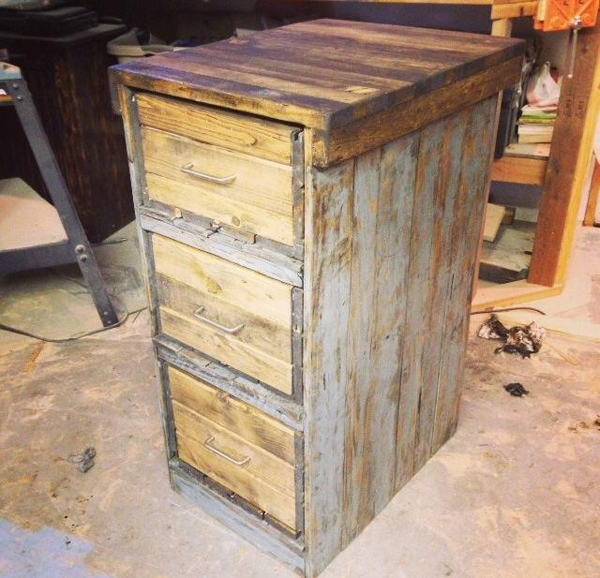 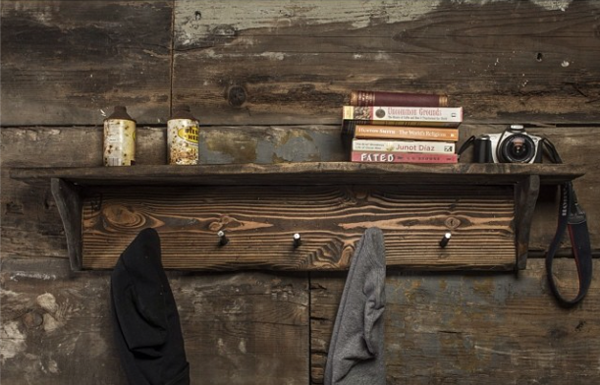 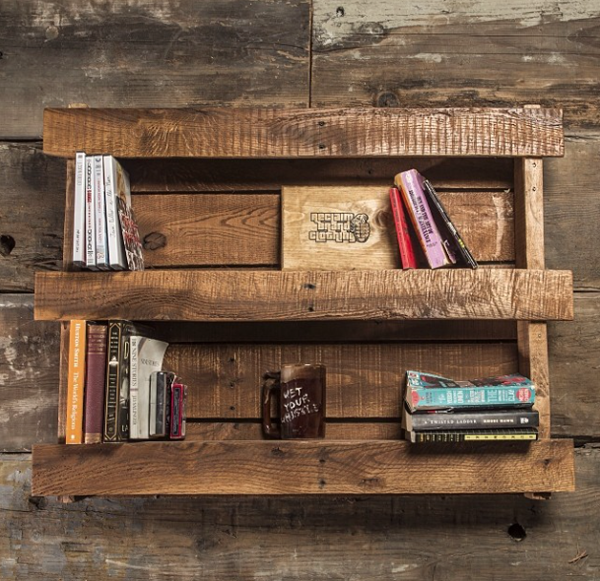 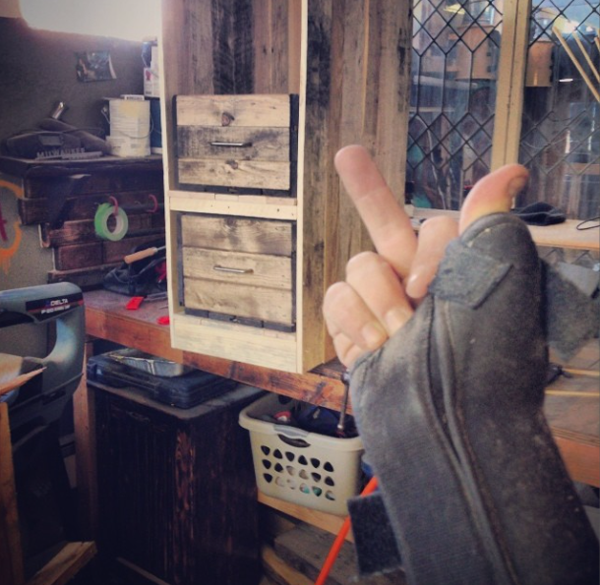 What are some of the things you have made that you were pretty stoked on? Any new projects keeping you busy?
I am pretty stoked on most things I’ve created, every now and again I’m like naaaa, then I just scrap those. If I don’t like it I probably won’t finish it. I have a few jobs right now, this week I’m working on a few bike shelfs. Some are for customers and one is for a Mankind Frame/Bikeshelf I’m doing for a collab TLB/MK giveaway on Instagram.

You moved into a pretty crazy warehouse / apartment looking thing you have been working out of, right? What’s the story with Studio 301?
Yeah, Studio 301 is a Art Collective with some super talented friends of mine. We all do our own thing there but also collab on a lot of things.

Is it a BMX house almost or what?
Kinda, we all skate or ride bikes. 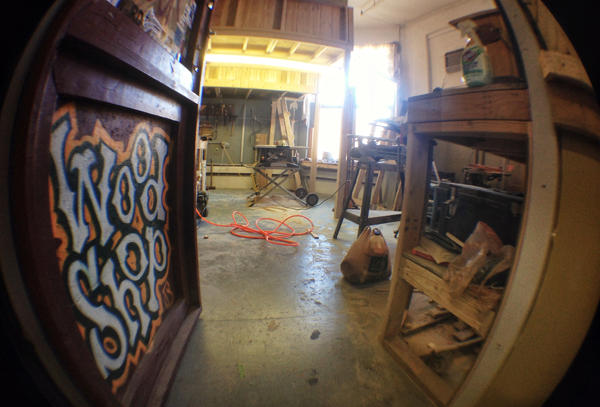 Do you get into any filming and editing or photo projects much? I feel like I haven’t seen a video from you since the Chickn Nuggt video? Any videos you have coming out any time soon?
Yeah, I haven’t in a while. I’ve edited some things, but nothing I am really excited about… And no not to many plans but I have thought about some stuff involving my wood stuff.

If I remember right, I saw a photo of some stuff at 4Seasons getting built. Have you been working on that with Neil at all? What’s the story with that? Is that going to be done soon?
I know Neal does have plans to rebuild the park and actually putt in some more transitions… Little Jon and I are currently redesigning the box side there and should be built around the end of May. Also LJ and I are planning an event in the month of August, right now we have it scheduled for the 8-9th. We are trying to do something big! So if anyone is reading this and wants to be involved in an awesome event feel free to contact me on my Facebook page. If you want to join in a fun 2 day event please come! Fuck the serious shit but we do want to give you money doing some real fun events! Tandem long jump is happening! So show up just for that!

What else have you been getting into when you aren’t working on the wrist or wood working projects?
In short I’m kinda trying to start a business with my brother in law, building up my BMX tandem, getting a road bike going, and I helped design that Munich Mash Street Course thats happening this July.

How are things going with Mankind? Do you have any trips, new signature parts or anything in the works for once you get healed up?
Things are good! Besides that Instagram giveaway I told you about earlier Rob and I have a split remix coming out sometime soon. I’m also headed to Germany for that contest so I’m sure I will be meeting up with a lot of the MK crew which is always a good time!

What about Profile Racing? Does Matt have any trips or anything planned for you yet? Did I see something about a new colorway for 2014 as well?
Nothing yet but once I’m better I’m sure we will be on a trip in no time! Profiles always doing something. No, no new colorway… I really just like the flat black, so I’m going to keep running that!

You have been getting flow from Etnies for a while, right? Are you going to be filming at all for their new “Chapters” video or are you not sure?
Who knows, I would love to but I’m happy that they support me with whatever I choose to do! I can’t thank them enough, but if they asked me to film some stuff I’d love to be involved!

Any other sponsor news?
Naaaa. 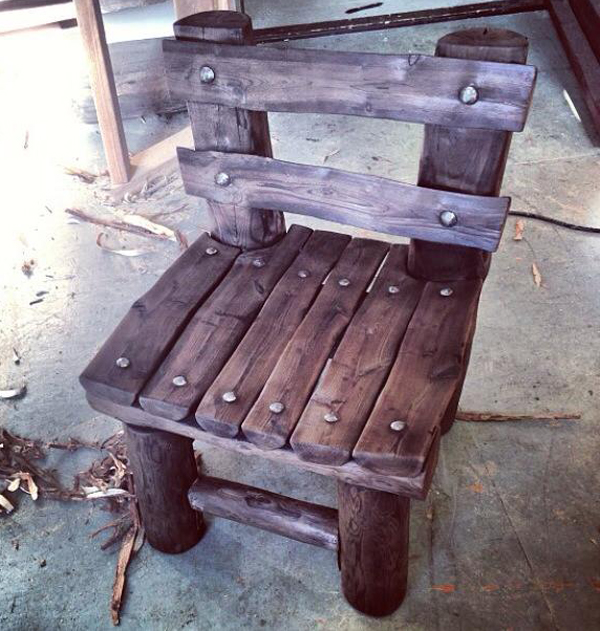 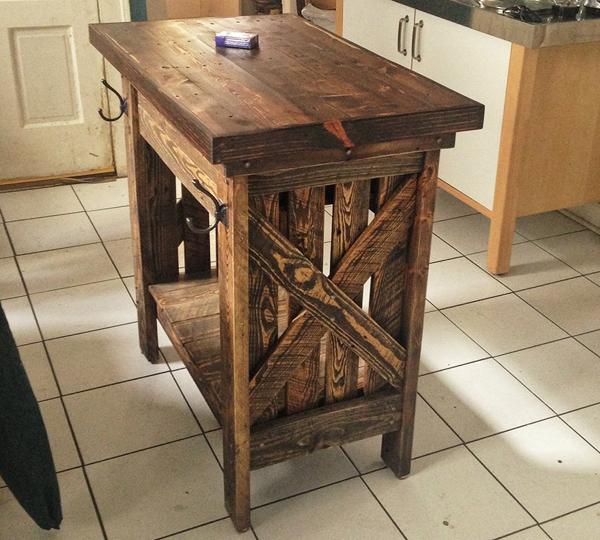 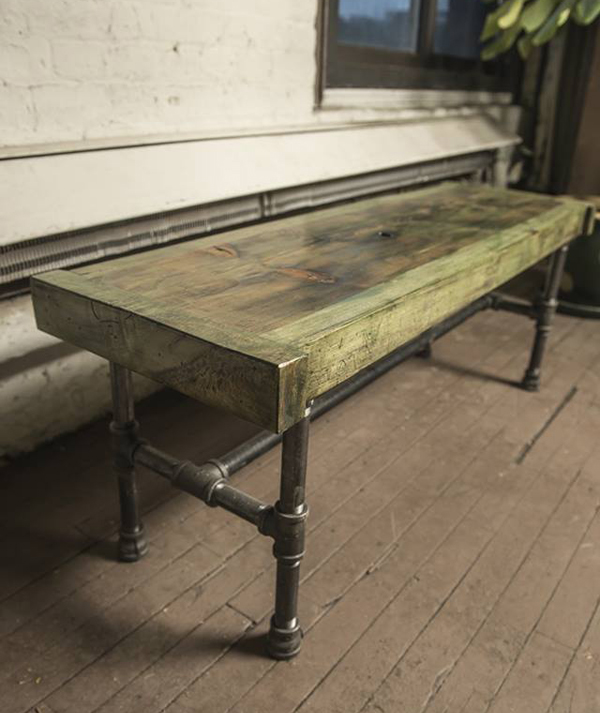 That about wraps it up. How can people keep up with you these days?
Studio_301 – @studio_301
TLB Woods on Facebook – Facebook.com/TLBwoods
The Level Below on Instagram – @TheLevelBelow

Anything else you want to say?
I always have to say my thanks to everyone! I would not be where I’m at with the people who have been involved in my life and influence me to be the person I am today! So thanks to all my amazing friends all over, my more than supportive family, and my sponsors!