It was only a matter of time before The Shadow Conspiracy would be bumping Trey Jones up to their pro team. That day has come, and things have already started going on. Check out Trey’s welcome edit above, and then check out his first print ad that will be featured in Ride UK‘s 150th issue after the jump. Also, it looks like Shadow have a new site in the works so expect to check that out soon enough! 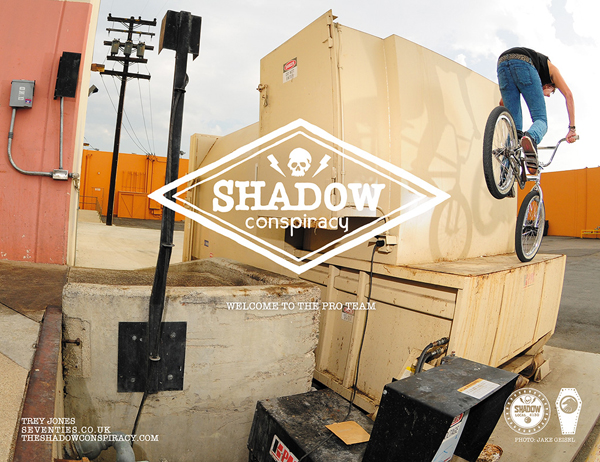