Cult and Vans are celebrating 10 years of collaborations, and they’ve just released a banger of an edit, along with a full line up with a Slip On BMX, Old Skool BMX and La Costa Slide, and a full line of apparel as well! The shoes and clothes are available now through the Vans Webstore! You can learn more about the collaboration below!

“Never Fade symbolizes the Vans X Cult relationship and love for BMX in a ten-year strong partnership. With the sixth Vans X Cult product collaboration Dakota Roche and Cult Founder Robbie Morales share their appreciation of the association. At the same time, the rest of the Cult team let their riding do the talking in a look that reflects Cult BMX and what it stands for, to Never Fade. 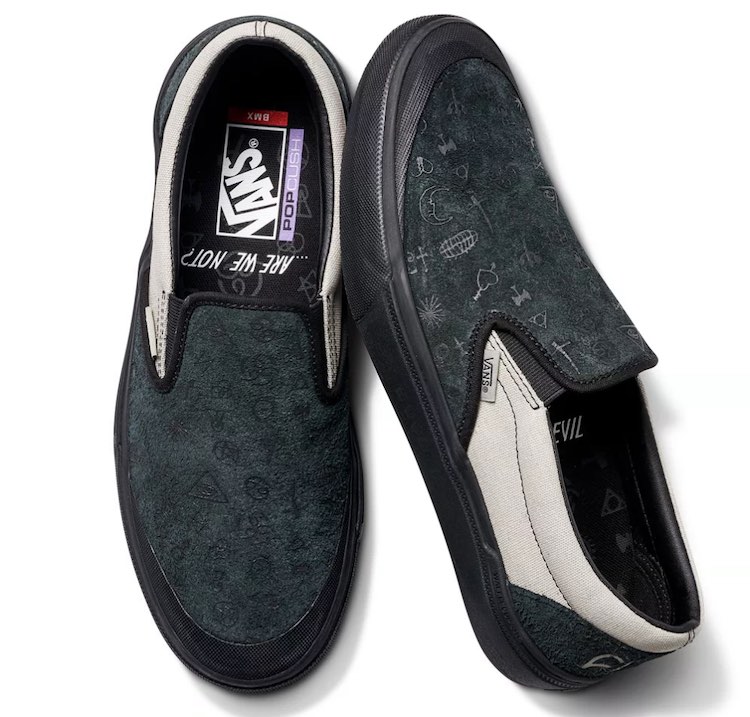 “It’s been a decade since Vans and CULT linked up for the first time, and in celebration of all the clips, collaborations, road trips, riding, sneakers and shirts since then, the two have come together for a sixth collection that’s dubbed “Never Fade” and centered around new takes on the Old Skool BMX and Slip-On BMX, both equipped with Vans’ Wafflecup BMX construction.

The Old Skool BMX supplies a monochromatic upper constructed of sturdy black suede and embellished with a special branded tongue tag. The Slip-On BMX features tonal, patterned CULT iconography and a two-tone build that uses both black suede and light canvas. Text graphics appear on the midsole of the Old Skool BMX and the insoles of the Slip-On BMX, the latter of which also repurposes the aforementioned CULT pattern for even more detail. Both round their look off with debossed CULT branding on the heel. 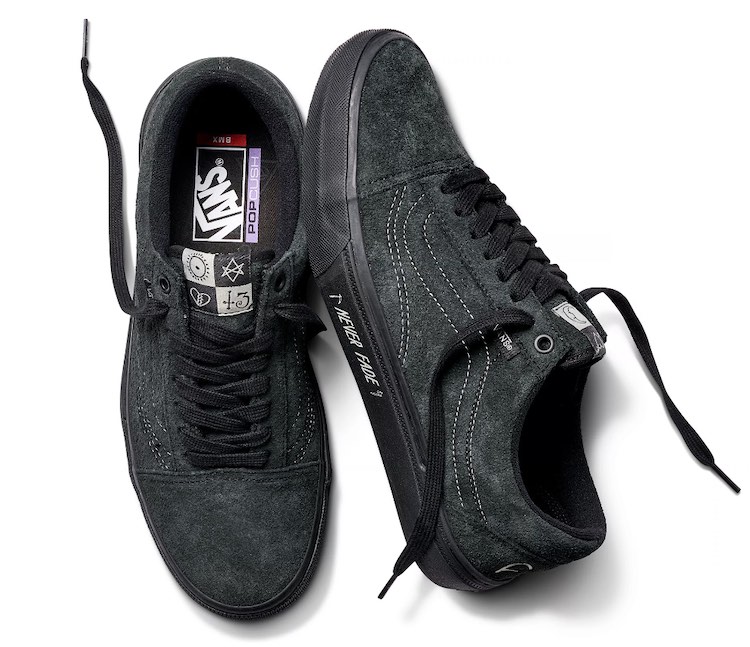 Each silhouette is also packed to the brim with performance tech. High-level BMX requires pedal feel, support and impact protection, so both Vans x CULT sneakers feature sturdy suede and canvas uppers reinforced with DURACAP underlays plus responsive PopCush insoles, all placed on top of signature waffle outsoles with a modified traction pattern.

Apart from the shoes, the Vans x CULT collection also includes a new take on the LaCosta slide with a debossed wordmark on its strap and a CULT graphic print on its molded footbed. Apparel is included as well, namely a hoodie, short and long-sleeve t-shirts, sweatpants and a beanie that make use of the “Never Fade” motto. 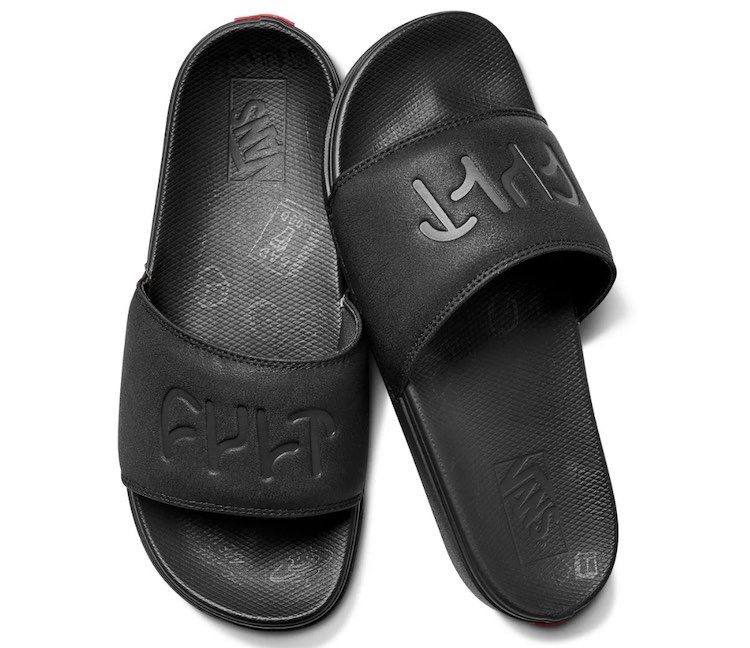 “The support Vans has shown us for everything we stand for and everything we do is huge,” says longtime CULT team member Dakota Roche, who’s also been part of the Vans BMX family since 2010. “This is [our] best line yet.” BMX legend and CULT founder Robbie Morales echoes Roche’s sentiments, stating “It’s kind of unbelievable that such a big brand still works with small brands. To be honest, I don’t know where we’d be right now without Vans. It’s pretty special.”

Check out the full line of shoes, slides, shirts, hoodies and beanie over on the VANS WEBSITE!