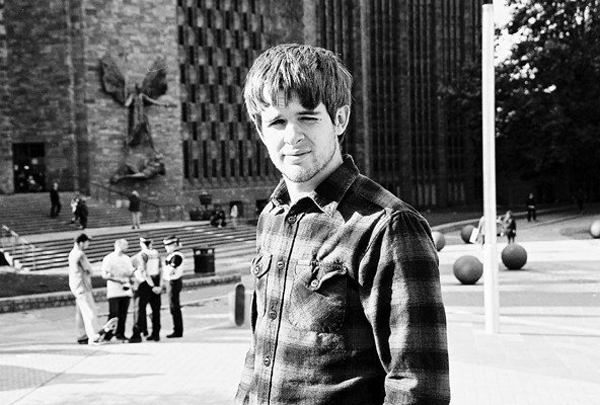 Video is a new series I am looking to start that gives you a chance to get to know some of the people producing the edits you see all the time around the internet these days. One of the first people who came to mind when thinking of this series was Chris since he’s constantly producing edits for Vital BMX and working with brands on projects. I shot Chris over some questions to find out a little bit more about his film work and this is what he had to say. You can check out a whole bunch of his favorite edits that he has produced over the last year in here…

Years filming and editing: Two and a half years professional , Five in total.

What was it that first got you into BMX? Any early memories come to mind?
I used to skateboard back in the day with all my friends. They all gradually moved towards riding BMX. I’d always ride my friends bikes and it was a lot of fun, so I finally convinced my parents to purchase me a bike. Traveling was always a big thing for me, I loved going new places. Luckily I had Worcester ramps as a local and they’d organize trips to other parks.

What about filming and editing? Was it something that came about because of BMX or were you into it before and brought it together?
I started taking pictures on a Fuji stills camera which just happened to have a video mode. I wanted to get into the photography side as my good friend Rory Duckhouse took a lot of photos, which I liked. How ever I was pretty bad at photography so I started filming. I started to take it a bit more serious after I had a nasty crash, which damaged the ligaments in my wrist. It put me out of riding for a few months. This gave me time to film a lot where I developed a passion for it.

What kind of a setup are you working with these days? Cameras, lenses, computers/programs, lights, tripods, etc.
I’m very silly with setups. I tend to not stick with one set up for a long time as I like to try new things out or try the next best thing. Lucky enough I’m at university so it helps fund for most of my kid. However, currently I’m rocking the following,
 Canon EOS 60D
 Canon 50mm f/1.8
 Sigma 30mm f/1.4
 Samyang 8mm f/3.5
 Glidecam 2000 Pro
 Manfrotto Tripod
 Konova Ball Bearing Slider
 Rode Video Mic
 Beyerdynamic m53 ENG microphone
 ProAm DVC200 Jib
 A 3 year old Packard Bell PC for editing.
 Adobe Premiere Pro
I did have three 800 watt redhead lights, They blew up. So I had to get a refund. I’m currently using some cheap builders lights. 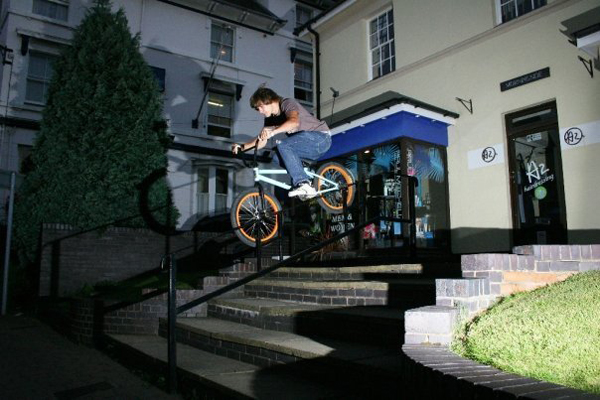 What’s your dream camera setup?
My dream camera setup would have to be a RED EPIC, with Zeiss glass. I’d love to shoot BMX at 5K resolution. It’s quite silly, but I’d use it for other things than BMX. If that wasn’t the case, I’d settle for a 5D Mark ii, with various L series lenses, A Panasonic HPX171 with two 64gb p2 cards, and the century optics extreme fish eye. And Michael McQueen as my traveling sound guy.

I know you have had your work all over the place lately. There seems to be an edit a week on Vital. Who all have you been contributing for over the last year or so?
Over the past year I’ve mainly been doing videos for Vital as that is my main job. I’ve also shot a short advert for Etnies of Anthony Watkinson, as well as shooting some videos of riders for Mutantbikes, and Amity. I’m in talks to shoot a short video for WeAreLevel soon which should be fun.

Have you been working on any big projects lately? When can we expect to see a new edit from you?
I’m not really working on anything big. I’m just generally hooking up with riders to film for Vital. Trying to get some more Power hours done. I’ve got some people in the pipe line and a long list of riders I’m hoping to hook up with. I usually try drop at least two or three edits a month. I’ve currently got two edits waiting to go live. One of Anthony Watkinson, the other of Sam Marden.

Who are you usually out filming with? Do you have a regular crew you like to get together with, or is it just whoever is around?
I’m usually up for filming anyone if they are willing to put in some work. I’ve shot a few edits with Dean Cueson, Anthony Watkinson, and Mikey Parsons. Those are some of my favorites to film as they are all incredibly dialed at what they do.

Who are some of the pros you haven’t had the chance to work with but always thought it would be a good time filming with?
There are so many I’d love to film. Drew Bezanson, Corey Martinez, Nathan Williams, Sergio Layos, Ruben Alacantara, Stefan Lantschner, Chris Doyle, Mike Aitken, Danny Hickerson, Matt Roe, I could go on.

Let’s say you get a big budget and a van, but can only bring 5 riders on a filming trip. Who do you bring, where do you go and why?
Five riders is a tough one. If it was with 5 friends, I’d take Dean Cueson, Ben Sutor, Gary Meusz, Anthony Watkinson, and Sam Marden. If it was with anyone I’d take Sergio Layos, Chris Doyle, Danny Hickerson, Garrett Reynolds, and Dennis Ennarson. I’d want to tour Europe, hitting up all the capital cities and the major contests.

Do you have any horror stories from filming? Stolen gear or anything like that?
Well I’ve been lucky to not have anything bad happen yet. I have however made the silly mistake of forgetting to bring batteries, memory cards, and tripod plates before.

What kind of time do you put into this? I know the process is pretty time consuming from filming to editing to uploading.
I usually shoot day edits, but if we are planning on filming a bigger edit with broader locations and styles, I shoot over a number of weeks. I have a usual idea of how I want a video to look, so it comes together quite quickly. I then upload them to vimeo with a password and ask feedback from friends who I trust will give me good criticism. Once I’ve made changes I send it off.

Did you go to school at all for film or was it just self taught?
It has all been self taught. Mainly trial an error. How ever I recently started a course at university in film and screen media design.

What kind of advice do you have for kids out there looking to get into filming and editing?
Think about all your shots, don’t abuse your fish eye, plan your videos before you start them, pick an upbeat song, never let the rider tell you how to film, always leave enough room before and after each trick filmed for use in the final edit if needed, take criticism in good spirit. If people think it is bad, or have any pointers be open to them, and finally be original.

Do you have a portfolio site at all? Where can people check out some of your work?
I have my own web site. It is www.chriswilmshurst.com. I update it every now and again with my personal favorites.

How would somebody go about getting in contact with you to get some film work done?
I can be reached by the following methods, I’m always interested in hearing about new opportunities and to work with new people.
Skype: Chris_Wilmshurst
email: chris[at]chriswilmshurst[dot]com

Anything I missed you want to say?
I’d like to thank Kurt for this interview and interest in my filming life. I’d also like to thank Kyle Carlson for giving me such a great opportunity to work with him at VitalBMX. It has opened so many doors and helped me in so many ways. I’d like to thank all my friends who have taken me places to film, Especially Gary Meusz, Andy Boaz, and Rob Woolhouse. I’d like to thank all those riders who I’ve filmed over the years and all those who supported me. Without you this would not be possible. Oh and I’d love a job like James Cox’s.