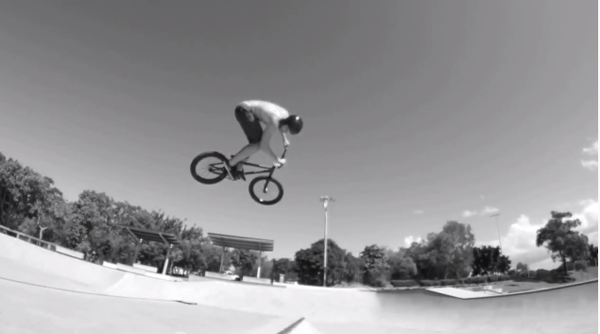 If you caught Christians edit we posted up yesterday, we hinted that we will be seeing more of him in the near future. I didn’t know how soon it would be announced, but it turns out Deluxe isn’t wasting any time to announce that Christians Masur is now riding for them! Check out a few words below and expect plenty from this dude in the next few days.

“We’ve known about this dude for a long time now – Christian Masur was one of the first guys to buy one of our Deluxe frames in Germany back when we first started, and has been in touch ever since – our German distro G&S picked him up and started helping him out with product, and then the next logical step was to hook him up on the team: So yeah, welcome to the team Christian! Dude’s got natural bike handling skills for sure – he was also nominated for Freedom Magazine’s Dirt Rider Of The Year 2012. He has his Sacre Bleu bike all set – look out for Bike Check soon – and is now back in Germany and ready to shred. Look out for Christian’s Bio on this website later this week…” – Deluxe