Completely forgot it was Friday until I saw the new AB DNV edit in the inbox! Check out Adrian Vigil killing it as always in a fresh round of I Got $5 On It!

“We have been a slack on the 5 On It as of late but its a lot harder then most people think to make something half decent in a short amount of time at a single spot. That is unless your name is Adrian Vigil, Adrian is a Colorado native that is a damn monster! He did these few clips in about 30-40 minutes before the lights went out at Erie skatepark. I was beyond excited to finally film with him even if one of the shots I feel personally I ruined by setting up the second angle wrong and rolling threw like it was ladies night! All that aside Adrian killed it, plain and simple.

As well we’re working on a few new things as well video wise so keep your eyes open for some new segments from ABQDNV very soon.

Music – Dokfocks – Where I At 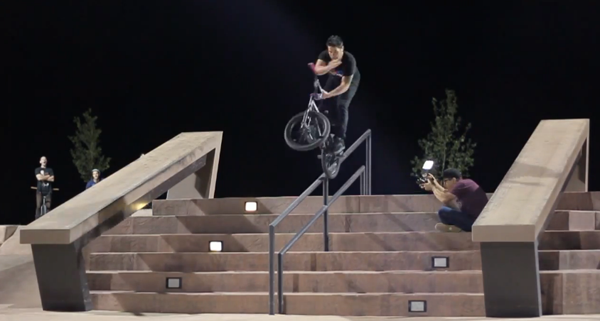