No, this doesn’t specifically have to do with BMX… But an Air-Free Bicycle Tire? If this doesn’t peak your interest you have never had a bad day with multiple flats. 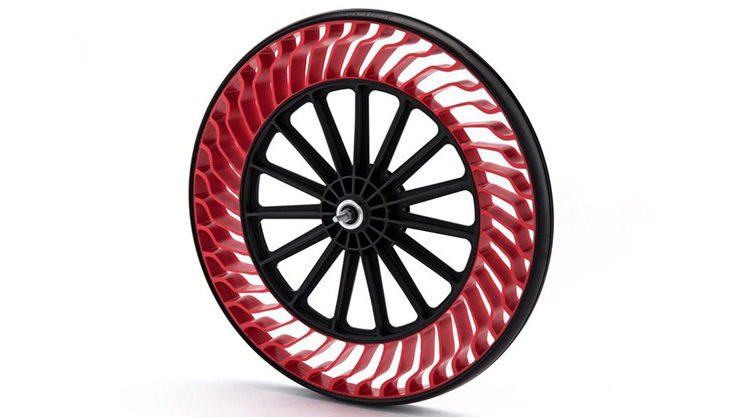 Here’s one we spotted on Hypebeast that caught our attention. Apparently Bridgestone have developed an Air-Free Bicycle Tire that is made from a Thermoplastic Resin that is basically hard enough to hold up to the weight of a rider, but still has some give for comfort. It stretches to support the riders weight and, what we would assume, impacts encountered along the ride to keep it from feeling like you’re rolling on a rock. These tires are clearly geared toward the person out for a casual stroll or on a road ride that aren’t planning on hopping, spinning and putting the wheel through serious abuse like BMX wheels and tires are designed for, but it’s an interesting concept to think about.

Could this be applied to BMX bikes? From our best guess, probably not. We would imagine between the side to side and vertical stress being put on BMX wheels and tires, these would probably break pretty quickly, which would be a bigger pain than replacing a tube. These tires will undoubtedly be far more expensive than a new tube would ever be, so it wouldn’t make it worthwhile from an economical standpoint, either.

For any BMX rider that has caught a flat during a session, we’re sure the thought of a tire or tube that couldn’t go flat has crossed your mind. I mean who wants to take their wheel off their bike, pull the tire off, replace the $3+ tube, get the tire back on, pump it up and then get back into the session?

It will be interesting to see where things go in the future as new technologies or ways of doing things are developed. Maybe someday we will see something like this progress enough to make it worth trying! You never know.

It sounds like the Air-Free Bicycle Tire from Bridgestone won’t be available until at least 2019, so don’t expect to see these as an option any time soon, at least not from Bridgestone. Some of you might recall in 2011 Bridgestone also patented a design for airless car tires that had a similar design as these tires that have been used / tested on some cars, ATV’s and even skid loaders. It will be interesting to see if they ever actually become a thing, even on cars. 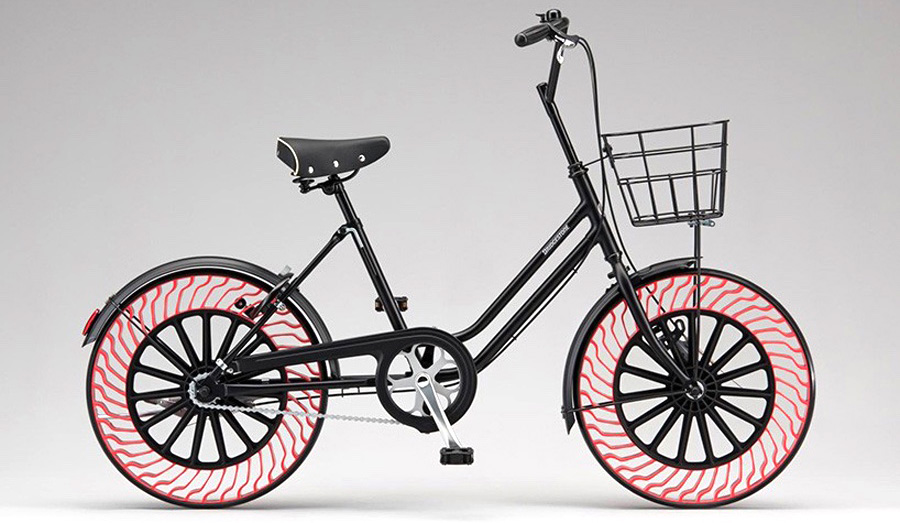 As you can tell by the photo above, these tires are currently being designed for casual riding and maybe even road or mountain bikes? We could see these tires being use in other styles of bikes, but we don’t expect to see these anywhere near a BMX bike any time soon. Below is a video we found of a similar style of tire being tested on a Mountain Bike, but they aren’t really beating on it, too hard…

Here’s a video explaining how the air-free car tires work, which is similar to what the Air-Free Bicycle tire does.

You are here: Home / BMX Videos, Products, News and More / Bridgestone Air-Free Bicycle Tire? Is This The Future?
Note: This site contains affiliate links and we could receive a small commission that supports this site if you were to make a purchase on their websites using our links for no extra charge to you.