Dennis Enarson’s new “CAPSLOCK” video drops at the end of the month and there’s going to be a premiere party in San Diego! 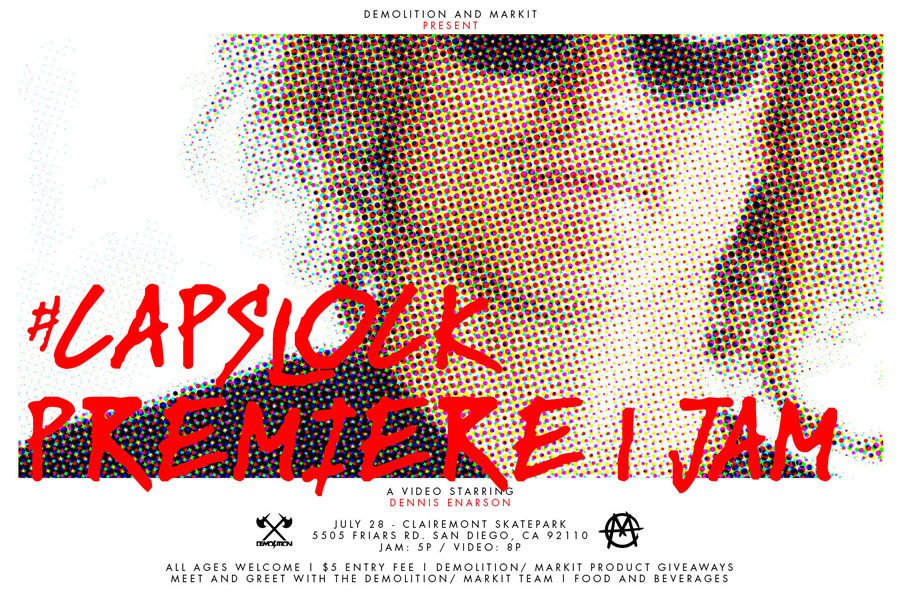 If there’s one thing we know, it’s that Dennis Enarson always produces when he puts in time on a video part. It looks like his long awaited “CAPSLOCK” video is almost ready and will be premiering at the Clairemont park down in San Diego on July 28th! The combination between knowing it’s a Dennis Enarson video and that there is a premiere party planned around it can only mean it’s an absolute banger. We would imagine it’ll make its way online shortly after this premiere, so get stoked if you can’t make the trip!

“Dennis has been working on his new CAPSLOCK video for a couple years now and it’s finally getting wrapped up the end of this month. Dennis has been saying it’s his craziest yet and usually when he says that, we get very f-n excited to say the least. We’re holding down a jam and the video premiere at Dennis’ home park at Claremont skatepark July 28th and starts at 5p. More info is on the flyer. See you guys there!” – Demolition Parts