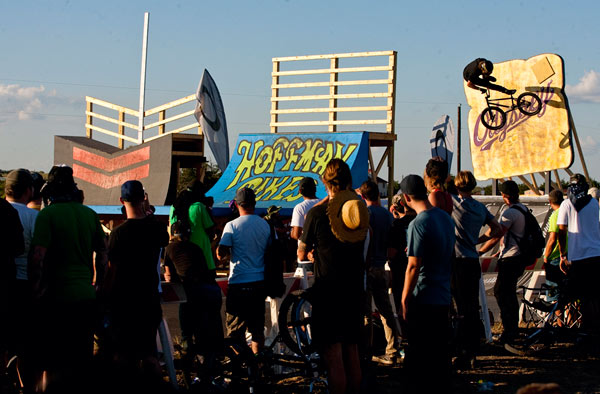 “I’ve had the pleasure of meeting and riding with some spectacular athletes throughout my life. Whether it was my best friend Dustin Brakke who got me into riding, or shooting pics and vids of the legend Van Homan at a local bike shop tour stop for Fit, you tend to notice a lot about the traits of BMX athletes. As I discussed in Vol.I of Perceptions(BMX Union) the outside world tends to dismiss us because of our loud and boisterous attitudes, as always, it’s what they tend to overlook that has them at a disadvantage. Our outgoing, adventurous personalities combined with our incredible networking skills are vital in our success within the industry. Many outside our industry will have this forced upon them in college or are lucky enough to be natural at it. There’s no doubt it’s because of these traits that our numbers have grown incredibly since it’s inception, regardless our industry has remained and continues to be comprised of relatively small communities. Within these communities, almost everyone knows one another or has at least heard of each other, a trait you won’t find in traditional sports until you get into collegiate athletics, even then you have to break out to be noticed.

Breaking out: an often difficult step necessary to make it in an industry. A universal concept in all sports but in BMX we only encounter it in our search for sponsorship. Today’s generation an athlete often starts out as an individual, getting a friend to shoot some video, being sure to tag all the companies whose products they support before posting it on social media. Then, if lucky, the networking and talent will pay off and they’ll pick up that ever elusive sponsorship-everyone has heard of it, few have actually obtained it. It’s for good measure though, there are just too many riders in the industry for the competitions and companies that are leading and shaping our industry. What they put into their handful of pro riders would take too much away from the company. After all, they can’t treat everyone the same way.

What about team team play though? A rare topic of discussion in our industry…Does that make us a tad bit narcissistic? If you’re perception of being sponsored is all about you and your skill alone, you might want to rethink your approach. A bad attitude will keep you from a sponsorship just as quick as a lack in talent. If you haven’t noticed, every sponsor has a team of riders, I know for some people it’s obvious, others…welcome to the conversation. What I’m getting at is though we are a sport of individual riders, we should embrace the idea of team competitions and concepts, X-games introducing dirt doubles is only the beginning. In fact, if you take Mark Losey’s program that essentially created a NASCAR-esque rider poll position, the possibilities are endless, his contributions to the industry are seemingly endless too. I know many are against it and some are still on the fence but it’s really a remarkable innovation for our industry. Innovations, things we need more of, imagine a competition where riders are no longer judged just as individuals but their scores contribute to the overall rating/score of their sponsor, who’s had to carefully select their pro-team for an all around competition of the many disciplines (dirt, street, park, vert, flat). Revolutionary, I know, why hasn’t it happened? No one knows.

It’s things like this that leave me hopeful for the future. Hopeful that my peers will look past the harsh realities of the difficulty in making pro, and decide to push the pedal on their own ventures. I’ll be 32 this year, no real chance of becoming a professional athlete, my biking skills are far surpassed by the generations that lead our industry and those that are being raised as the next legends. I’m ok with that though, it will never stop me from getting on my bike and enjoying the sport, much like the adult softball and football league’s filled with drunken banter and witty conversations. Which leads me to my last thought; three bikers walk into a bar, one- a cameraman, the second- just a biker, the third- a digital media content manager. The Bartender asks “so who’s the pro?”…. All of them raise their hand. It’s this thought that helps me realize that though I might not be the best rider, I have other skills that are valuable in contributing to our multi-thousand dollar industry. Skills that will allow me to pursue my passion of riding until I can no longer hang on to my grips.” – Henry White

Interested in doing an Editorial piece of your own? Get ahold of us!