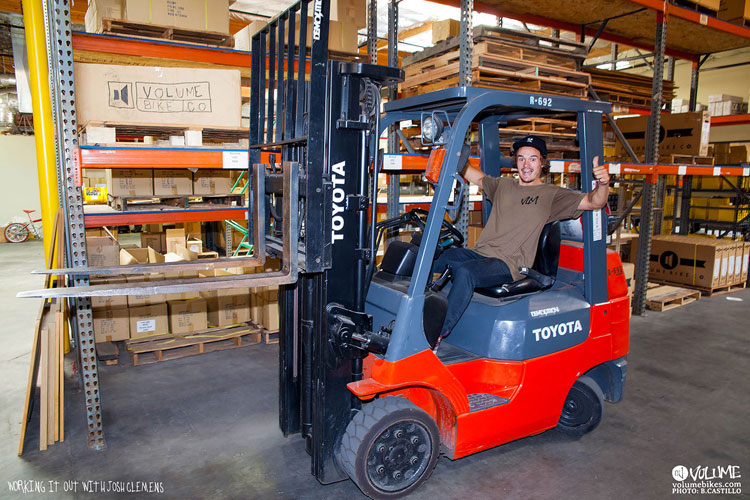 Here’s a bit of news we didn’t see coming! After many years as a rider to working in the warehouse and becoming the TM and filmer, Josh Clemens has decided to step away from his role with Volume Bikes and Demolition Parts. It sounds like Josh has decided to pursue some other opportunities, but on the flip side, it sounds like we’ll still see him shredding on his bike. Check out the official word from Brian Castillo below, along with Josh’s Instagram post making the announcement as well.

“Don’t normally write on departures of employees for whatever reason but there’s some exceptions. The exception to the rule are guys like Josh Clemens and how we can’t say enough good things about him and the work he put into Volume. What originally started off as a shop flow rider, he later worked in our warehouse, rode as a badass am, and then got the call to be our filmer/ team manager. Through all the ups and downs, Josh always worked his ass off and remained passionate for riding, the industry, and the riders/ friends on the team. We’re sad to see him go but also excited to see him blossom somewhere else in the future. This isn’t the last you’ll hear of him, he’ll still be shredding! Below is what Josh had to say…” – Brian Castillo

After 7 years at @volumebikes and @demolitionparts, I’d like to announce that I am leaving the industry to pursue new endeavors. Working hands-on behind the scenes with some of my best friends over the years has been nothing short of a dream job. It’s been quite an extraordinary and life changing experience and I’m extremely grateful. I will always cherish my volume/demo fam and what the bmx community has given me🍻

VISIT: FRONT PAGE // DAILY SECTION // BMX COLOR APP // BMX VIDEOS
You are here: Home / BMX Videos, Products, News and More / Josh Clemens Leaves Volume Bikes and Demolition Parts
Note: This site contains affiliate links and we could recieve a small comission that supports this site if you were to make a purchase on their websites.