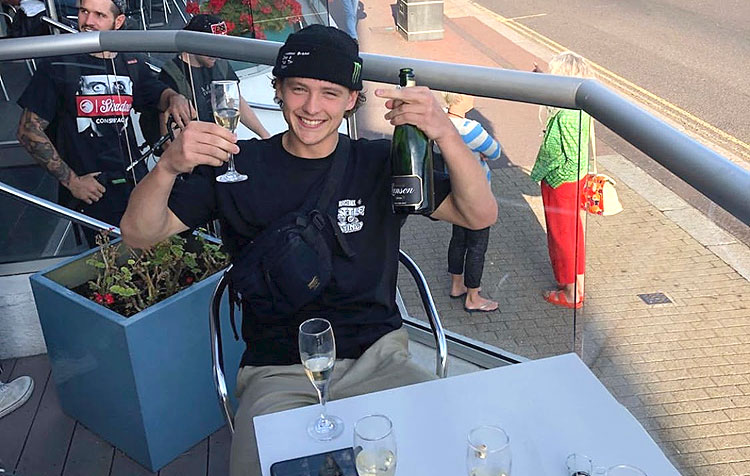 We honestly thought Lewis Mills was already on the Eclat Pro team, but I guess we were wrong! In some less than surprising (other than not realizing he wasn’t Pro already) news, Eclat have given Lewis the very well deserved bump on up to the Pro team! As you already know, Lewis has been on absolute FIRE the past two years and it’s safe to say he is only getting started. Check out the official word below, then re-watch his Eclat video from earlier this year that is an absolute BANGER and well worth another look! Otherwise, expect to see Lewis absolutely slaying street spots in the future!

“Lewis Mills was always destined for the PRO team, we knew this early on when we saw how he rode in the flesh, his technical ability on a bike is out of hand. In the past few years, he has proven his ability to shine and ride with the best, so there were no real questions when it came to making the bump up.