Eclat have released a new Essentials video for your viewing pleasure! This time around Bruno Hoffmann sits down to talk about his signature Bruno grips with a bunch of riding mixed in for good measure. Hit play and take it all in!

“Bruno Hoffmann’s signature éclat grips are long, thin and feel great from day one. Using our new VEX K3 compound rubber, and with the Frankfurt skyline at the base, this Bruno approved rubber will keep you gripped to the bars like nothing else.

The Eclat team rolled the dice on a trip to Las Vegas, and despite things not going as smooth as they could. It looks like they still got out of there with a bunch of dialed clips. Hit play for 4 minutes of fresh footage filled with plenty of dialed clips. You already know you can’t pass up a BMX video with a squad like this.

“The éclat team hit the highway and took a trip to sin city…Vegas!
Missed flights, bloody noses and a broken van to name a few. The L’s piled up.

Ty Morrow, Julian Arteaga, Bruno Hoffmann and Pat Freyne kept things moving as they scoped out the offerings in the desert.

Kick back, hit play and see what went down! 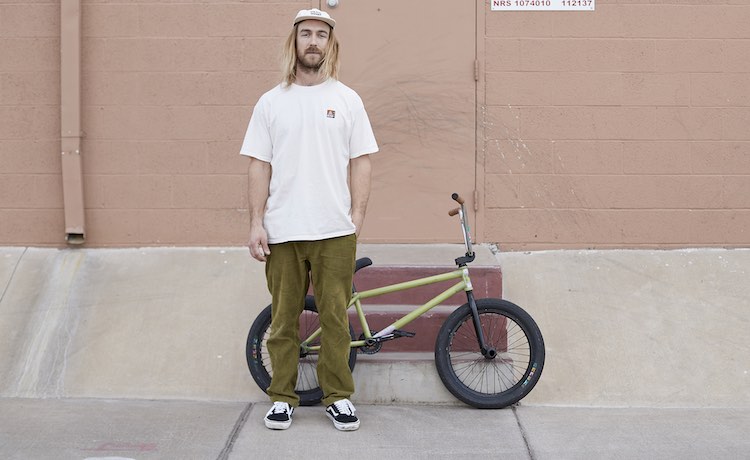 Eclat caught up with Ty Morrow to take a closer look at his current Fiend setup decked out top to bottom in fresh Eclat parts in a brand new Bike Check. You can check out a bunch of photos and a full parts list over on the Eclat Website now! Looks like a dialed rig to us! Hopefully there’s a fresh video from Ty coming soon, that would be pretty sweet.

Eclat have added Pat Freyne to their squad! Check out a short but sweet welcome edit with a few clips to bring the news in the video above! You can get a look at his setup and a few words down below as well!

“We’ve always been connected with big Pat and it has made perfect sense to welcome him to the éclat family. Be sure to keep an eye out for some stuff with Pat soon. For now, why not check out a quick few hot ones and Pat’s current ride that’s just been dialled in with some éclat goods.” – Eclat

END_OF_DOCUMENT_TOKEN_TO_BE_REPLACED

Eclat starting the weekend off right! Here’s a new 4 minute BANGER featuring Felix Prangenberg going to work on street spots galore during a recent visit to California. You already know Felix brings the heat, so you definitely need to hit play on this Must See.

“Éclat PRO Felix Prangenberg is having one hell of a year, and the year is far from over. Enjoy the result of Felix’s one month stay in California, captured by Grant Castelluzzo. The style and creativity from this kid is something you’re not going to be seeing from anyone else so sit back and enjoy Felix doing what he does best.” – Eclat

Here’s some sponsor news for you. Eclat have given Julian Arteaga the bump on up to the PRO team! Here’s a short video with the announcement that really doesn’t have any riding in it, but if you’re into guns you’ll probably be into it. Take a look!

Eclat have their new Mugen tire coming that was designed specifically for the flatland riders out there that need tha smooth ride and extra grip. Here’s a fresh promo video featuring Varo Hernandez putting the tire to proper use! Hit play and take a look!

“The éclat Mugen Tire. Designed by éclat exclusively for flatland riding. Featuring a unique race-spec rubber compound for minimal rolling resistance and unrivalled grip. Ultra-round casing profile for the “perfect” rolling tire. Available in the near future in 1.75″ and 1.95″ sizes.