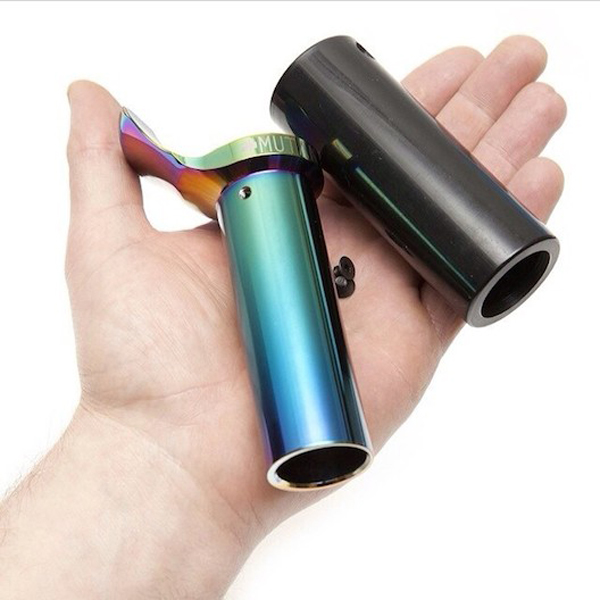 After a few years, it looks like the Mutant Bikes Peg Guard will FINALLY be out! This peg has seen a ton of revisions since we first saw a sneak peek of it at Interbike in probably 2010? Maybe sooner? I can’t remember. Either way, it looks great and I’m sure it will be found on a lot of bikes. Go over to THE MERGED for another photo and full details!