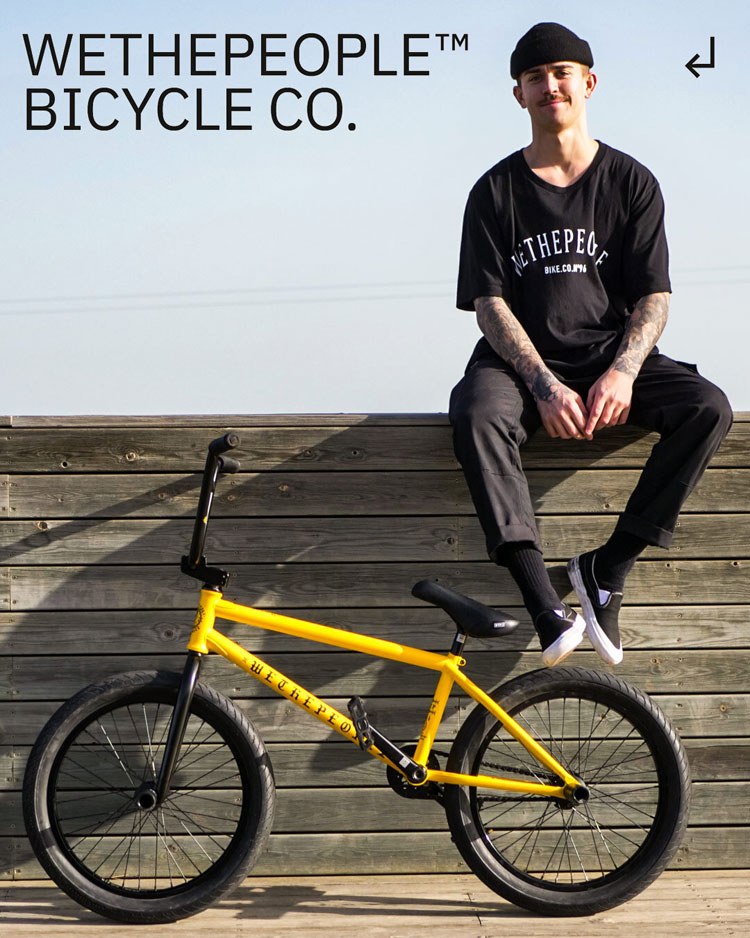 It was only a matter of time before Stephan Atencio got picked up after his latest edit (re-embedded below) dropped online and blew minds! Wethepeople have added him to their AM team to give him some well deserved support. It looks like he’s built up a fresh new setup that we would imagine he has been putting in some serious work on the streets of Barcelona with! Check out the official word below and expect to see plenty more of Stephan in 2020!

“Welcome to the crew Stephan Atencio! Originally hailing from Costa Rica, Stephan has made the voyage across the globe and is now living permanently in the Street Mecca of Barcelona, Spain. Stephan’s humble personality, extreme drive and unquestionable talent on a bike made him fit seamlessly into our Wethepeople AM team. This kid has an unstoppable thirst for sending it on huge setups, as well as the technical prowess to make him a seriously well-rounded bike rider.

Stephan just built up a full Wethepeople build and is already putting that PATHFINDER setup to work in the streets of BCN working on his first Wethepeople video project. With Stephan now part of the crew, we can’t wait to bring you much more from him and the rest of our incredibly stacked AM squad throughout the year.” – Wethepeople