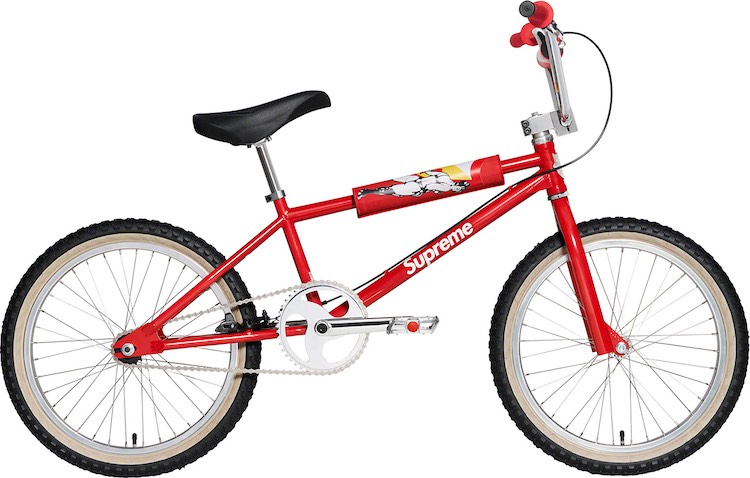 We were approached by @supremenewyork in June ‘19 about collaborating on a circa 1995 American Made S&M complete bike. We’ve never produced an in-house complete bike but we were honored to be given the opportunity and got to work immediately. These bikes should be available sometime in late March or April and will ONLY be available from Supreme! 💯Custom Supreme/S&M and 🇺🇸 made items include: Dirtbike Frame, frame head badge, Pitchfork, Redneck, 44t Chain Saw sprocket, Pad set(s). Other USA made components include, seat post and Slam Bars. Imported parts include: Custom embossed railed seat, S&M 101 pedals, S&M logo grips, 48 spline cranks, sealed hubs, Comp III tread and Tech 77 lever. Bikes will be assembled here in Santa Ana, CA. As a company formed in 1994 Supreme is the perfect brand to help design and launch a classic bike from that era and we appreciate the opportunity and challenge of bringing it to life. Obviously this rig won’t be cheap and will probably get scooped up by plenty of newcomers to the BMX scene or mid-school riders from the 90’s that took a break – which I think is a great thing. Although this bike won’t be available thru us, our distributors or our dealers, the loyal Supreme customers that do wind up with them can always use help dialing them in so there is opportunity to to get involved. And it’s a great way to bring new people into our sport and possibly shed some light on our history. Let me know if you’ve got any questions about this project and I’ll try my best to answer ASAP.