Spotted this gem over on Can You Dig It! If you were on the fence about picking up a new iPhone 6, I’d imagine that this might persuade you a bit! Johnny Elia tested out his new phone’s filming capabilities at 240 frames per second at The Woodyard and got some AMAZING results. Check out what Bob Manchester and Andrew Thompson threw down in this new video!

“Got the new iPhone 6 on Friday, upgraded from the 4s. Really wanted to see how the camera handled the 240fps slowmo feature. Pretty impressed to say the least! To able to film this all on an phone is pretty insane. The footage is compressed quite a lot and you need to film in very bright situations but saying that, not bad for a phone!

Bob Manchester and Andrew Thompson riding Woodyard Trails in the UK. Filmed on the new iPhone 6 at 240fps. Edited in Premiere Pro CC 2014. 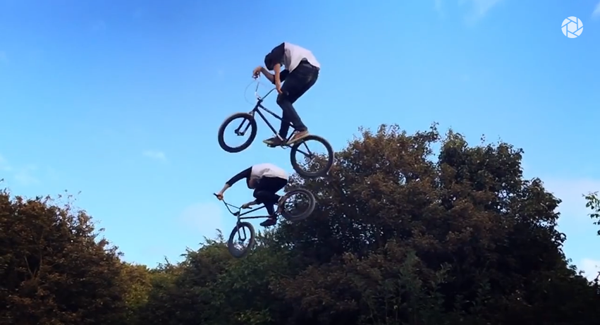