Just when you thought Travis Pastrana and Nitro Circus have done it all, they end up bringing a whole new idea to the party. The Nitro World Games is going to be a huge contest that will go down in one day, July 16th in Salt Lake City, Utah. Based on the press release, it sounds like it will feature BMX best trick and BMX triples as part of this concept that will also feature Moto-X, skateboarding, inline, scooters and more, but it will feature a different format than something like the X-Games. Travis has a huge focus on safety for this event, which will feature resi landings on all of the ramps, which are used on all of the Nitro Circus show ramps. There won’t be any dirt, no vert ramp, no street course… Essentially this is just going to be a three hour huck fest over some huge ramps with the goal of re-igniting the action sports industry by grabbing the attention of people that don’t ride. From our perspective, these guys are doing a good job of hyping it up, but we’ll have to see how it all goes down before we can really gauge how progressive and beneficial to the BMX and action sports industry. It would be good to see a street course, vert ramp and dirt course to really expose BMX and skateboarding, but maybe that will be part of it if things go well the first go around and they get the chance to send it again.

Either way, expect things to get crazy on July 16th in Salt Lake City, Utah and hope this is going to draw in more riders, because we can always use more riders! Get a look at the course concept design below! 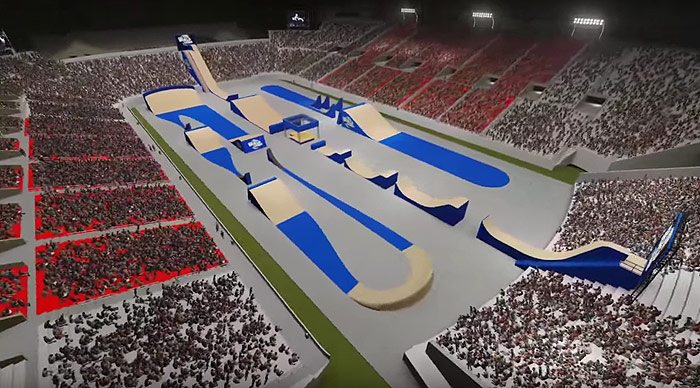 We want to hear from you! Let us know what you think about this contest in the comments below!