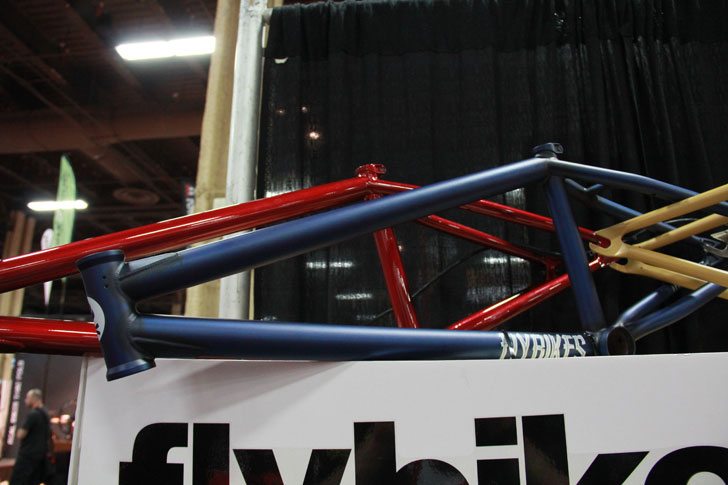 Making the moves. Next up, we went on over to the QBMX booth to take a look at the Fly Bikes product on display. They have been slowly starting to pop up on their Instagram over the past few weeks, but there are a few items we haven’t seen yet. Above is a look at the 2017 Devon Smillie signature Fuego frame in the new Flat Translucent Blue color. The frame will also come in a new flat black color. 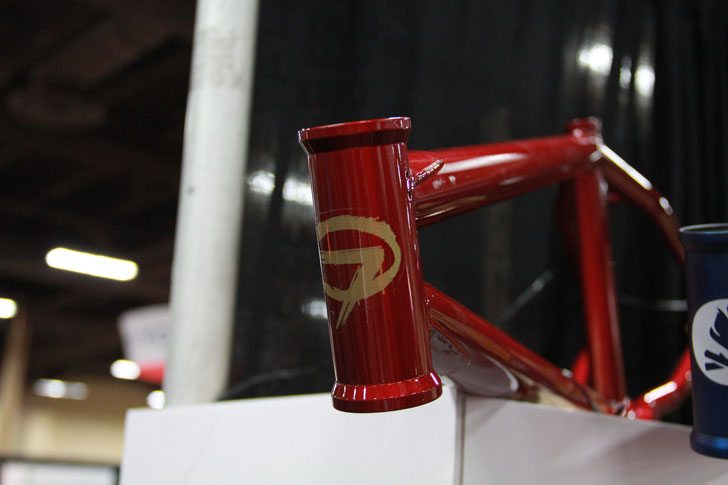 Here’s a look at the new 2017 Geo frame in Larry Edgar’s signature Burgundy color. There will also be another Courage Adams signature color that will be a metallic brown they didn’t have on display. There are also some geometry differences between Larry and Courage’s frames. We’ll let you know when we have full details in the coming weeks. 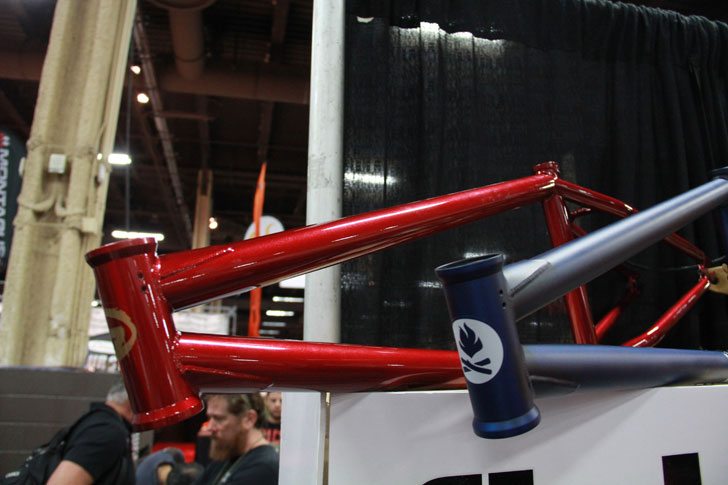 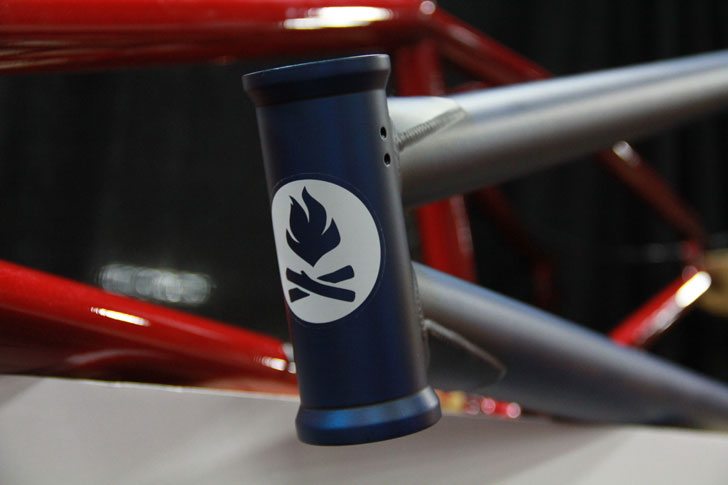 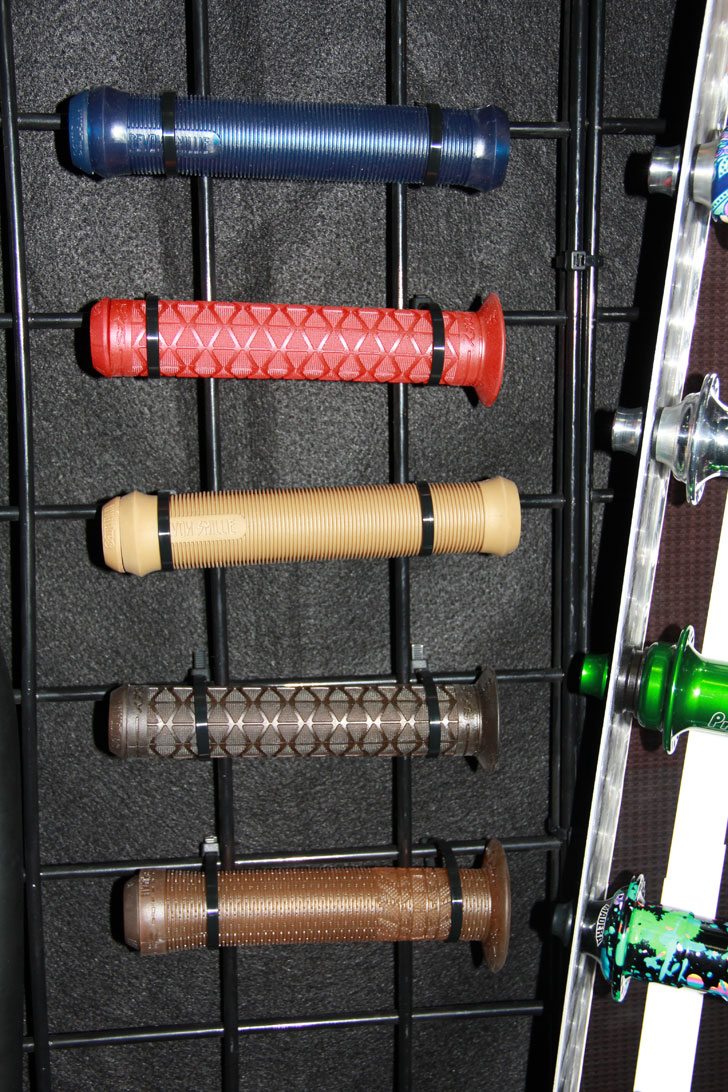 The Ruben, Devon and Roey grips in a few different colors. They have clear red, dark blue Cola and Syrup colors, along with a new Tan color option. 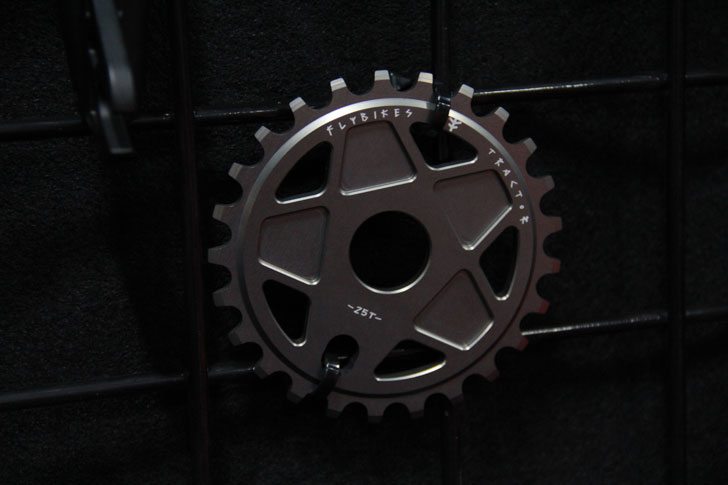 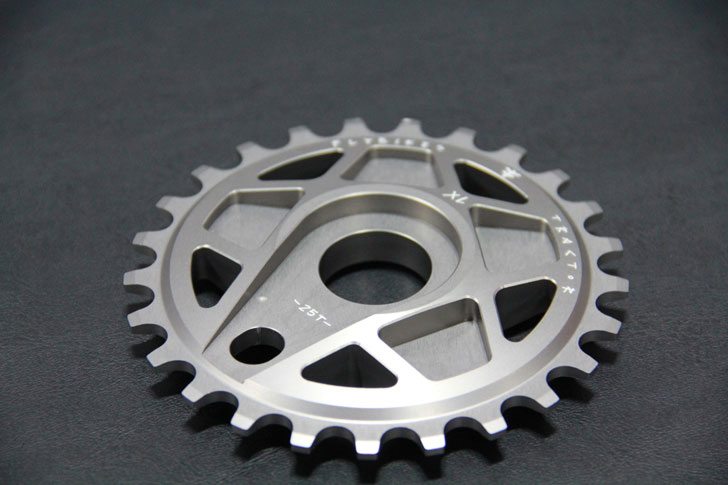 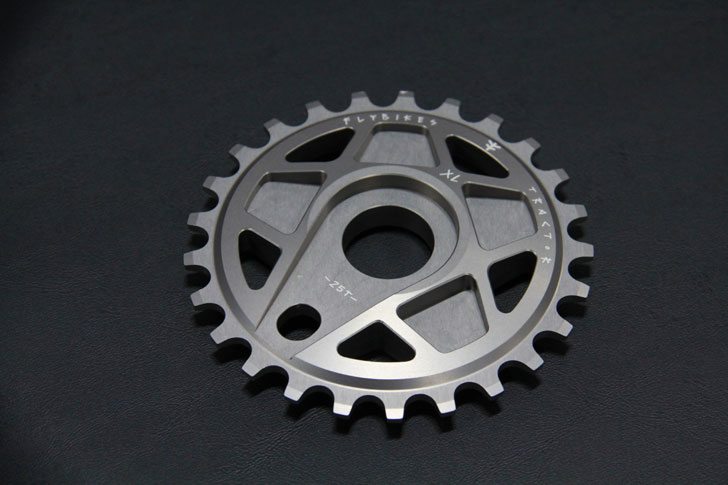 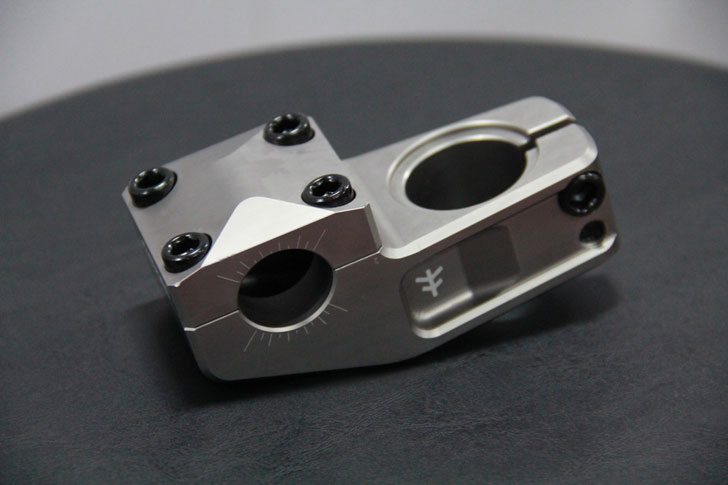 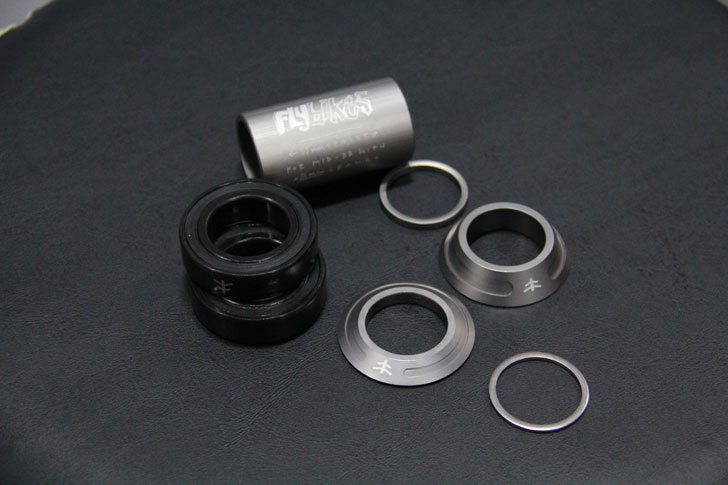 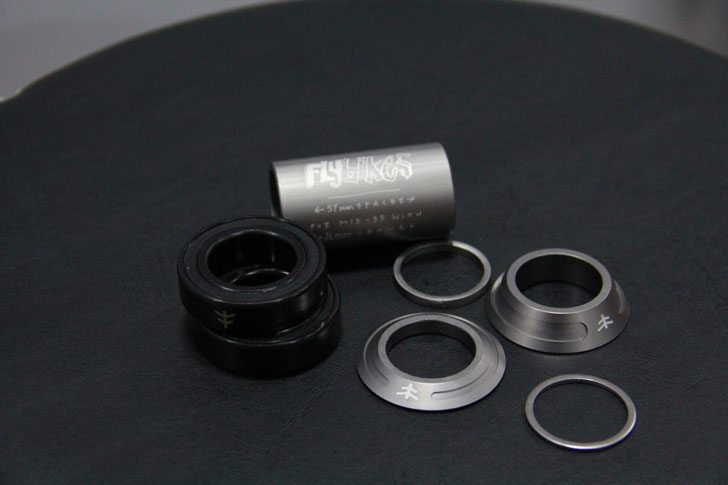 The Tractor, Tractor XL and Mid bottom bracket and Roey stem in the new Space Grey colorway. This will be available on a few other parts as well in their line up for 2017. 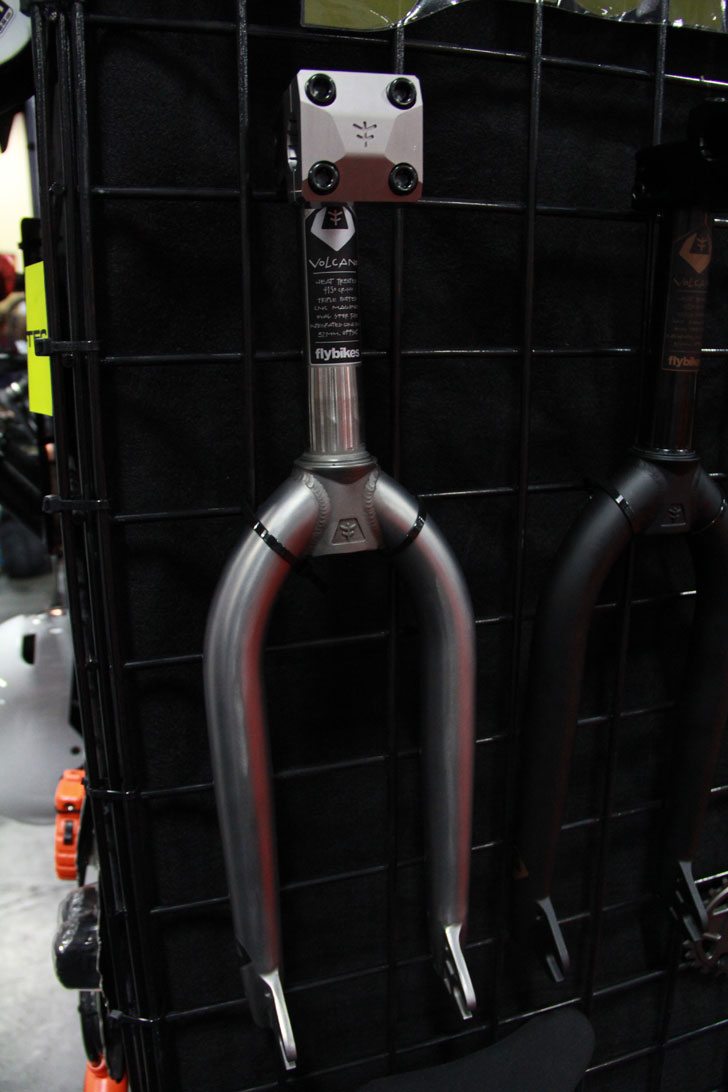 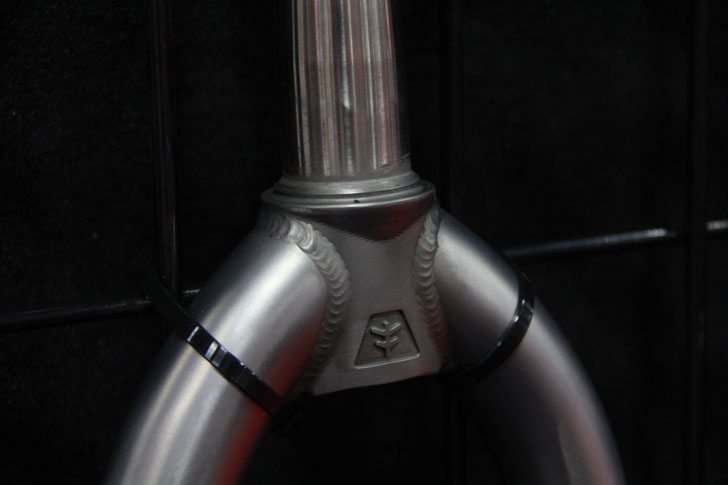 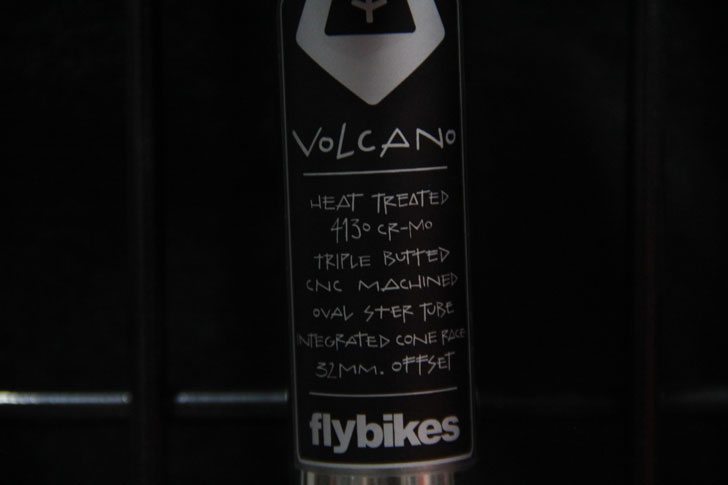 The new Volcano fork that we caught a look at the other week. Learn more about the fork here — Sneak Peek: Volcano Fork 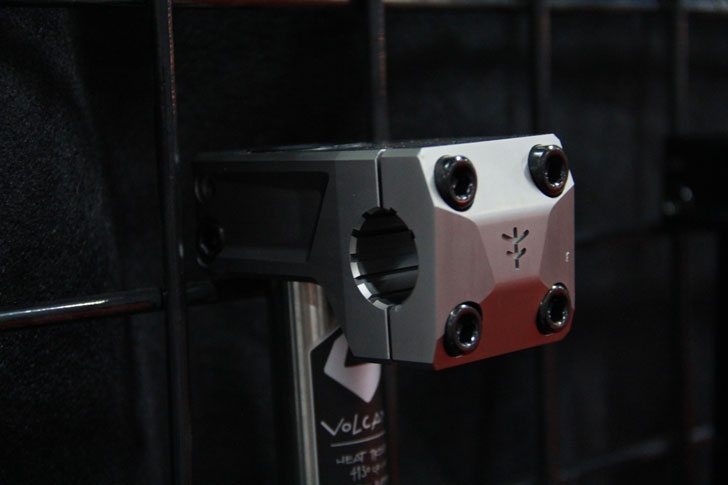 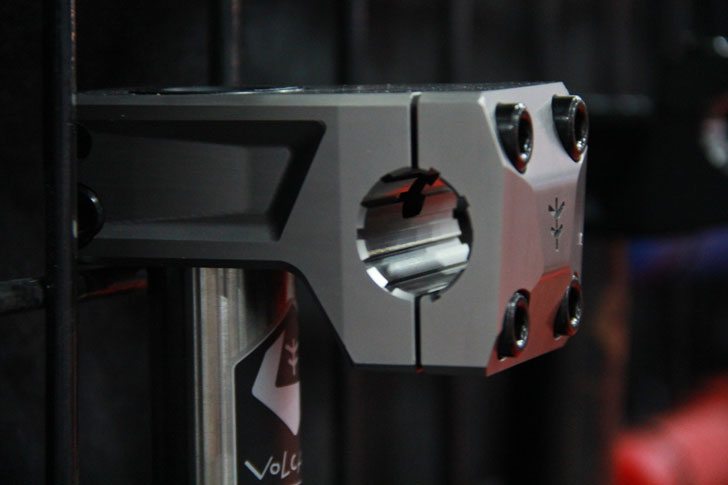 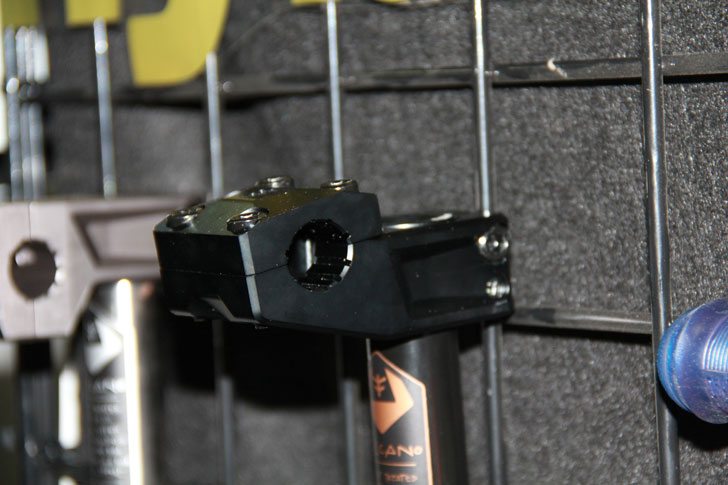 The new Volcano stems that we also caught a look at the other week. Front and top load versions. The ridges to help give the the bars a little extra grip. You can get a better look here — Sneak Peek: Volcano Front and Top Load Stems 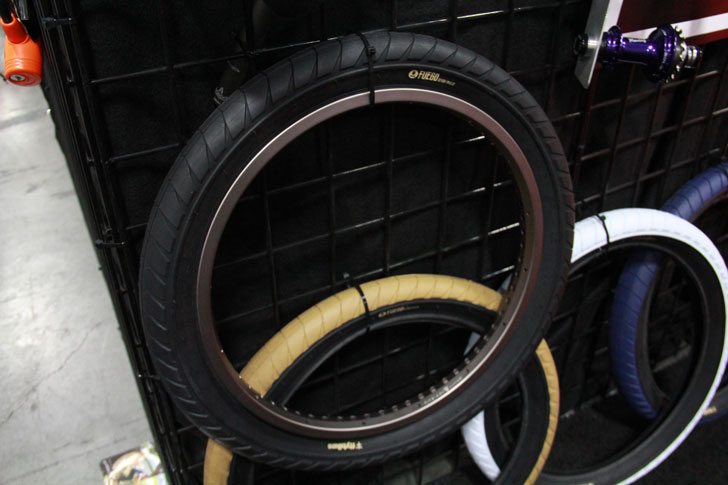 Here is one we know a number of people are excited for. The Devon Smillie signature Devon tire. It uses a similar style as the classic Ruben tire, just more street influenced. It also has the “Protection Line” sidewall which is a harder rubber to help with grinds. This tire will come in Tan, the new Dark Blue color, white and black and 2.30″ only. 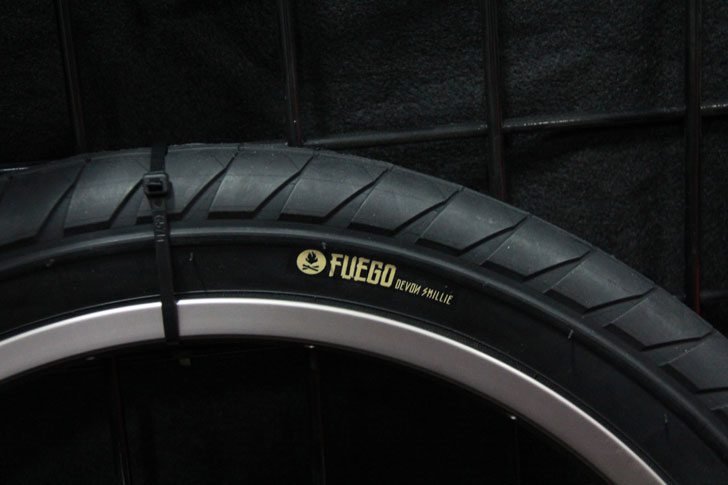 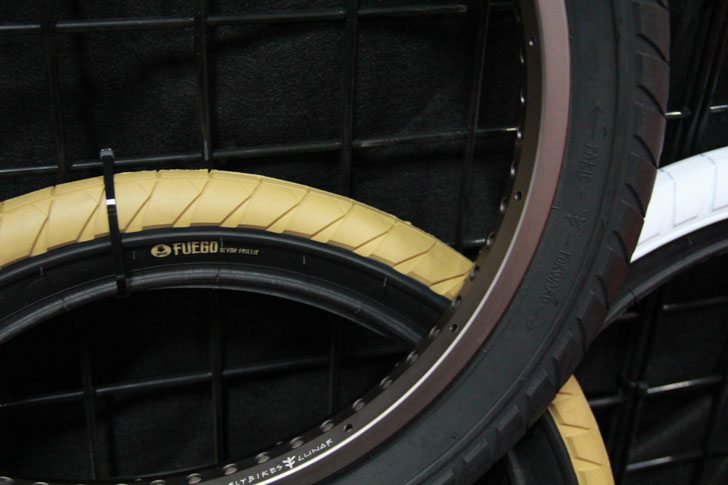 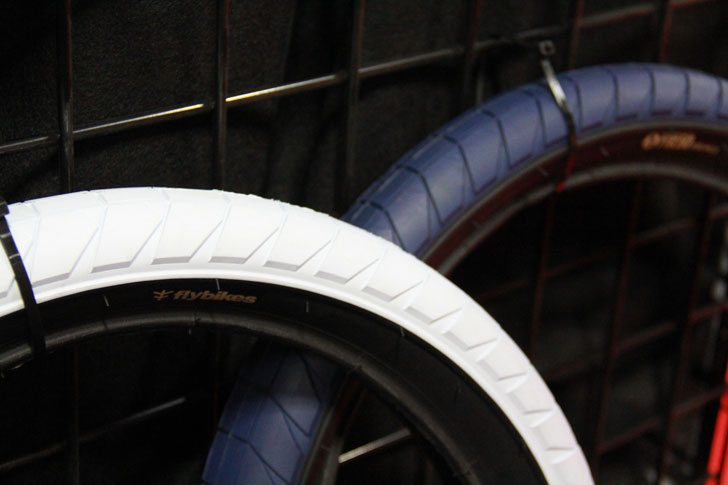 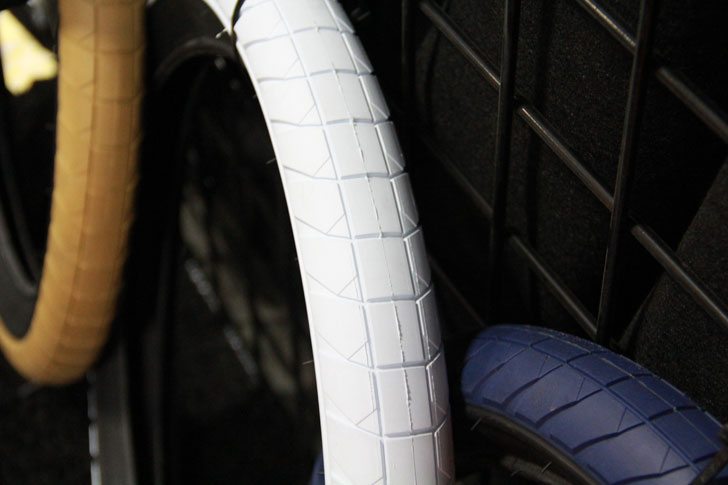 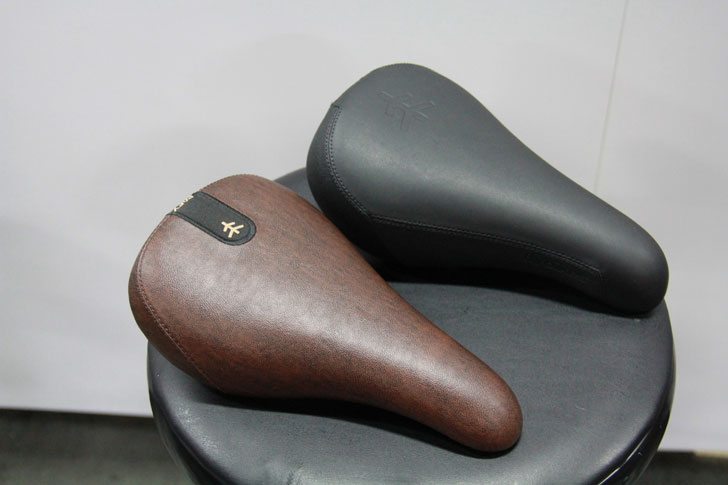 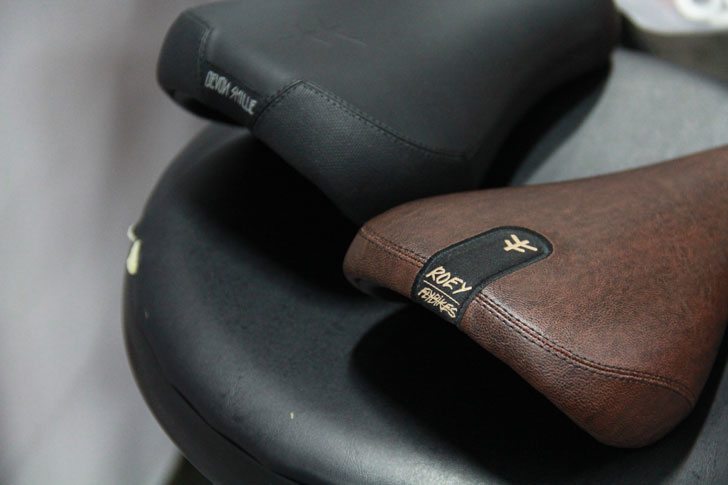 That wraps up what Fly Bikes had on display at the QBMX booth! They will be giving out a look at their new 2017 complete bikes, frames, bars and more here soon, so keep an eye on the site for that. We’ll make sure to post up a look as soon as we can!