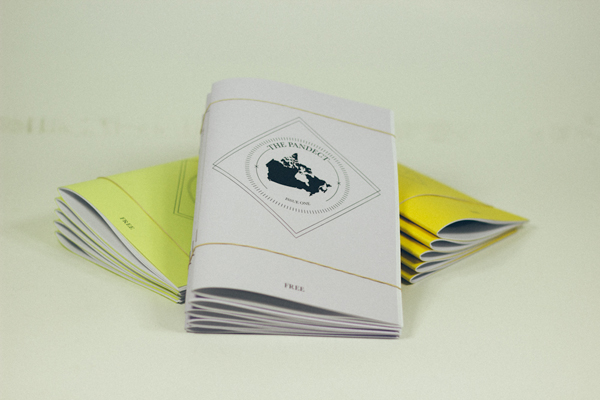 I think at some point, a lot of us in BMX dream about doing something more with it. Not just riding, but getting into the other things from the photography, writing, filming and editing, design and everything you can some how tie into this crazy lifestyle we live. Cory Beal is one guy from Canada who has always been doing everything he can with BMX from being a sponsored rider and traveling all over to running the media game through Repset while managing side projects like screen printing.
One thing about Cory that I’ve always been a fan of is that he’s ALWAYS cooking on a new project and when he gets into something, he’s usually going at it balls deep and making sure it is done right.
A few weeks back we were talking about his new venture, Pandect which is a limited edition zine that he officially launched today. The first issue is ready to ship, so we figured it was a good time to talk with Cory to find out just what he’s got going on with this one… Let’s take a closer look! 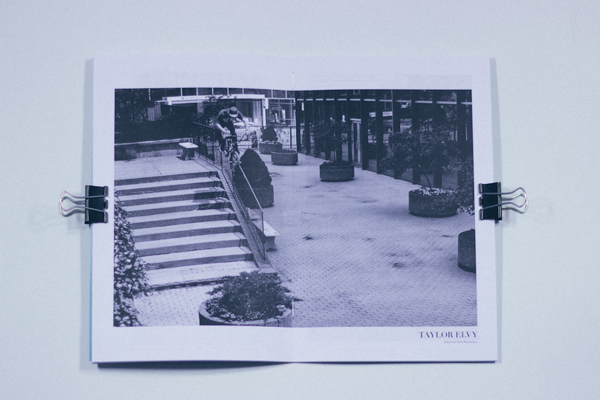 So let’s start this out from the beginning. When did the idea of doing a ‘zine start running through your head?
Forever ago. It’s always kind of just been an idea that’s sat on the back burner. I wasn’t really pushing to do it, but over the winter it seemed like the timing all came together and that I felt I was in a position to get all the details right.

How come you wanted to do something different that what you have been doing with Repset all these years? Where did the name Pandect come from?
REPSET has gone through so many eras. From being a little blog I used to post weird shoes on and talk about my day of riding with my friends, to being the leading Canadian BMX news website, to the little t-shirt side project it is now. I feel as if it has always been a part of what I’m doing and always will be, but with Pandect ‘Zine being so drastically different than any of the previous iterations of REPSET I felt like it could live happily under its own umbrella.

A lot of people say they want to do something like a zine, but it tends to fall to the wayside when all of the time and effort that goes into it comes about. How much time have you been putting into getting things going with this for the first issue?
To be honest, it took a few months longer than I expected, especially when I consider that it’s really only 40 pages. Between the website, and tying up all the loose ends, it ended up being a bit more work than I anticipated. I loved every minute of it. It felt nice to sort of hammer out every little details even though I’m sure I forgot a couple.

Have you been shooting all of the photos and doing all the interviews on your own, or are you getting contributors?
I did all the interviews and a bit of writing. Brad Hill wrote a small piece and shot his own photos for it. Eric Marshall is the man who came through with almost every other photo though. 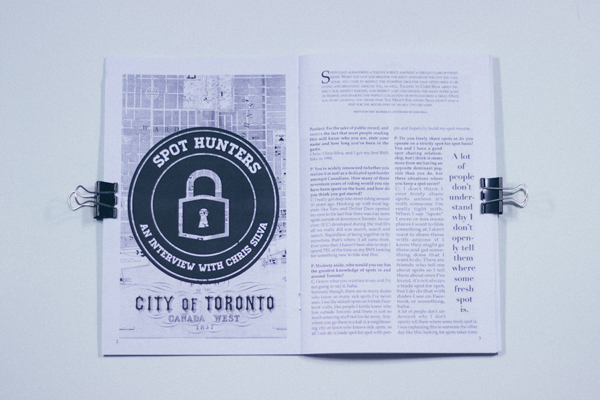 Is this going to be a Canadian specific thing or are you trying to open it up to features from around the world?
I have been saying this off the record for years but I feel like I can spot the difference between someone writing or doing something that they actually give a genuine shit about and when they’re just doing it to get it done because the pages need to be filled and that the second option is absolute garbage. I’ve travelled this country extensively and met some people on those trips that made a huge impact on my life. It’s not Canadian specific, but between me and the team that helped put this together I think that Canada is where most of our authentic feelings reside so that’s probably where we’ll keep the content coming out of. That’s corny as hell but I stand by it. I’d put anything in these pages but if the content doesn’t show that we care and that we’re stoked on it then I don’t want anything to do with it.

What can people expect from issue 1? Who all will be featured in the Pandect?
The Chris Silva interview is dope. He talks about respect being a serious issue when it comes to spots. Jake Montgomery has an awesome retrospect on his trip across Canada. We’ve got Isaac Barnes talking about working in the Canadian BMX industry, we caught up with Richard Gallant and talked to Jeremy Deme about The Northern Embassy. There’s some other good shit in there too. Get yourself a copy. 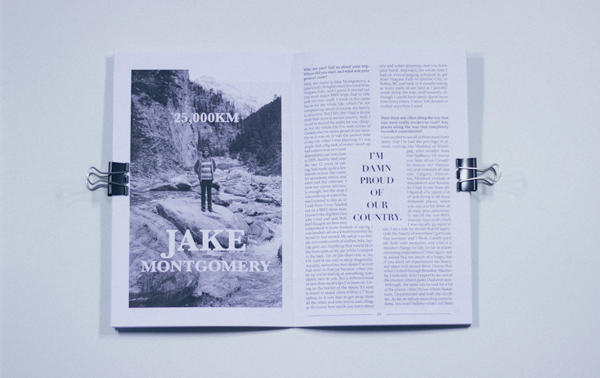 I know when I do something new there’s a lot of things I learn that I didn’t expect. Anything in particular that you learned from this process?
Printing little photocopied ‘zines is expensive. That was a surprise. Designing websites for mobile devices is a pain in the dick too (Pandect’s website isn’t perfect, but it’s getting there). Other than that, it seemed like the whole project was a mix of everything I’m pretty familiar with so there was no steep learning curve. I think the biggest thing I had to work on was staying organized and motivated.

When will the first issue be available? Where will people be able to pick up a copy and for about how much?
It just came back from print. You can get it on ThePandect.ca for free (plus shipping). Canadians in Winnipeg can get it at Woodcock Cycles. Saskatchewan dudes can get it at Gene’s. 514 BMX has some coming in Montreal, and BMX Gallery in Calgary will have some as well. Shout out to those shops for holding it down. This wouldn’t have happened without them.

How many will be available? Are you planning to keep it pretty limited as things progress?
Yep, super limited. Printing costs kind of kept the numbers low. I’d love to see some more shops on board so we can get another issue going, though. 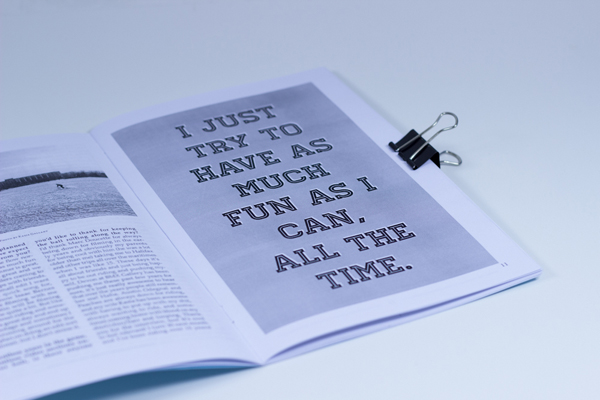 So you have a website setup for it and everything. Can we expect some online features or is it going to be strictly just a place for people to get Pandect ordered?
Pretty much everything in the ‘zine will be heading online as individual features eventually. If you want the full package, you gotta get your hands on a hard copy.

You have been pumping out some limited edition Repset shirts for a while now. Any plans of doing any Pandect shirts?
Wouldn’t be a bad idea. Maybe a pocket-tee. Now that the first issue is out there’s definitely a lot more time for me to get into the lab and print some more stuff. 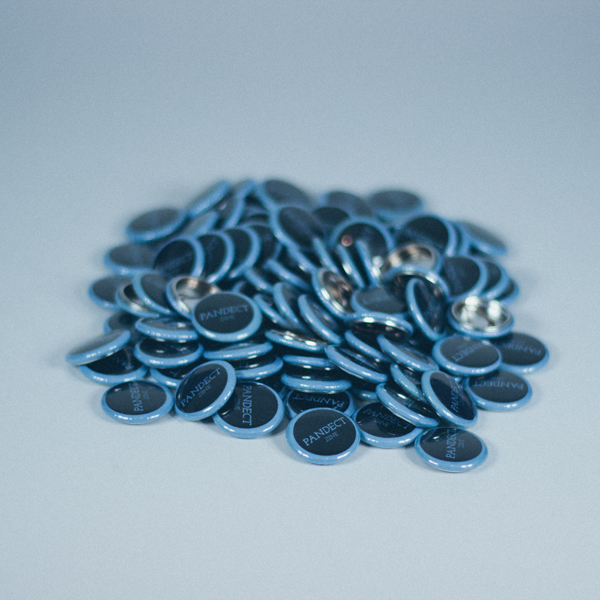 Where do you want to take things as it progresses with this? Any sort of goals you have in mind for it?
It’s already exceeded my expectations. I have a huge box of these things in my room right now. I’m stoked. If any shops regret missing out on the first run, hit me up and we can get you on board for a second issue. That’s all I’d like to see.

If somebody has some questions about Pandect, who should they contact?
info@thepandect.ca for all advertising, submissions, photos of your sister, etc.

What else is new with you? Any other projects outside of Pandect you can tell us about?
This is the big secret, bud. Cat’s outta the bag.

When can we expect some fresh Cory Beal footage to surface? It’s been too fucking long.
We had the worst winter ever here in Winnipeg, but I definitely plan to get on the right side of the lens now that our spots are dry. Hopefully working on something more tangible than a web-section so keep your eyes peeled for that. 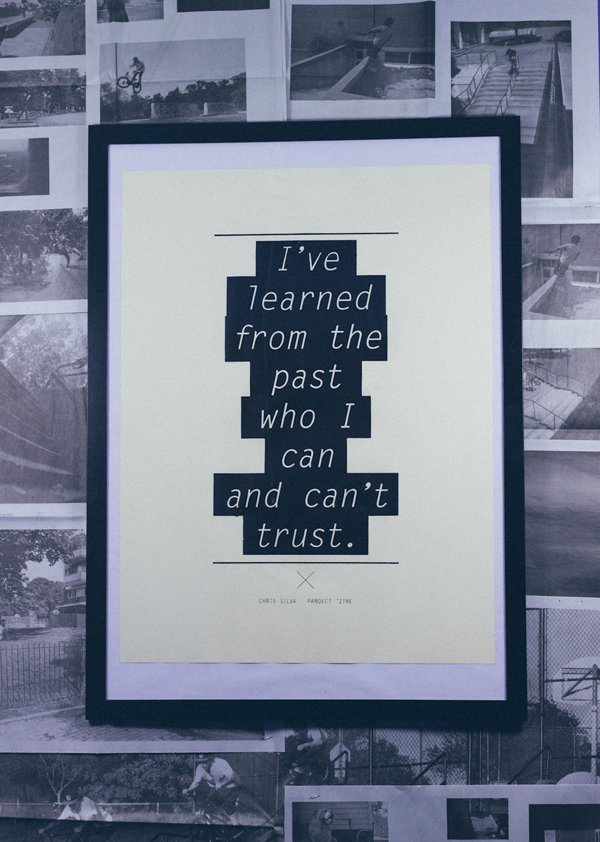 Is there anything I missed you want to say?
Shout out to everyone who made this possible. Especially the shops I mentioned above. Woodcock Cycle, BMX Gallery, 514 BMX, Gene’s! Twisted Sticker hooked it up too. Everyone who contributed, everyone who listened to me ramble on about this while it was in progress. Shout out to you for the interview, and thank you to everyone who gets a copy and reads it front to back.

Make your way over to ThePandect.ca and get yourself a copy ordered up. I know you won’t be disappointed!