Profile Racing dropped a video from the pre-session that went down the night before the Skatepark of Tampa Roast jam. Check out Mark Mulville, Ant Bolash, Matt Coplon, Scott Ehlert, Matt Leveige, Aaron Nardi, Shane Leeper and Dillon Leeper all throwing down. Don’t forget to check out our video we dropped from the actual jam right here! 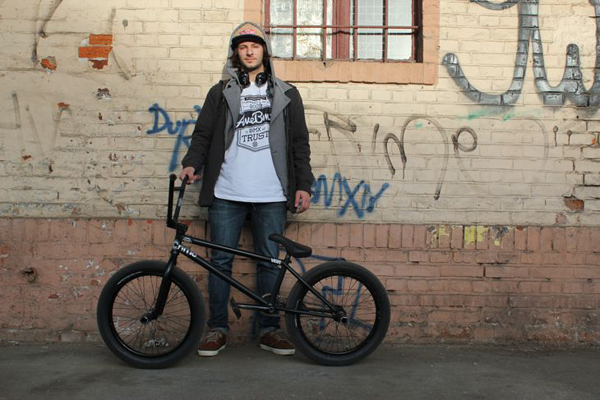 Head over to the Colony website to get a closer look at Michal Mycek’s current setup. That’s one dialed looking unit right there.

I have no idea who Ryan Tuerck is, but he’s got his own show on Network A and is a drift car driver. Turns out he also rides BMX too. Check out this new episode of his show where he does some driving and some time in a familiar bowl in Philly. Serious question… How mega salty do you think some of the skaters were about him drifting in the FDR park? Haha

“Professional drift driver Ryan Tuerck packs it all into a weekend in Philadelphia. Easing into things with a nightlife sampler, Tuerck then shows off his BMX talents ripping around the South Philly Warehouse Bowl followed up by a rainy day drift session where he gets demo’d by his follow truck—his GoPro captures the moment of impact! This episode ends on a high note with Tuerck drifting the transitions of Philly’s FDR skatepark! First! Hit Tuerck with your questions and comments below and check back next Wednesday for his Burnout Response video.

Oh wow. I’m quickly becoming a big fan of these Tech as Shit edits. Check this out!

“Justin Gray and Matt Gistinger got some clips at Tempe Skatepark before getting harassed by the heat.”

Outside of contests, you really don’t see a ton of Anthony Napolitan footage. It also didn’t help that he had blown out his ankle and had to take some time off to let that heal up. But this new edit definitely is one you’re going to want to see. Anthony throws down some damn good riding in this! Enjoy!

“From getting kicked out of Volcom park to having bad sun positioning at Blue Bench. From offset trips to ankle surgery, Anthony and I had to work for this one. In the end it was worth it and and we’re both stoked on how it came out.
Special thanks to RedBull for having us on set at Kluge and Heath Pinter and Mike Saavedra for letting us shoot at their respective trails.
Check out my Instagram for behind the scenes photos of all my shoots: @dylanpfohl
Song: Punching In a Dream by The Naked and Famous”

Chris Courtenay has been on fire lately. Check out his fresh Ten Clips for Colony!

Cranx sent over their new video from the Frestivus Jam they threw at the park recently. Check out all of the riding that went down between BMX and mountain bike dudes. Looks like good times were had by all.

“Festivus for the rest of us at Cranx Bike Park, in Syracuse NY. Jam and bowl Competition.”