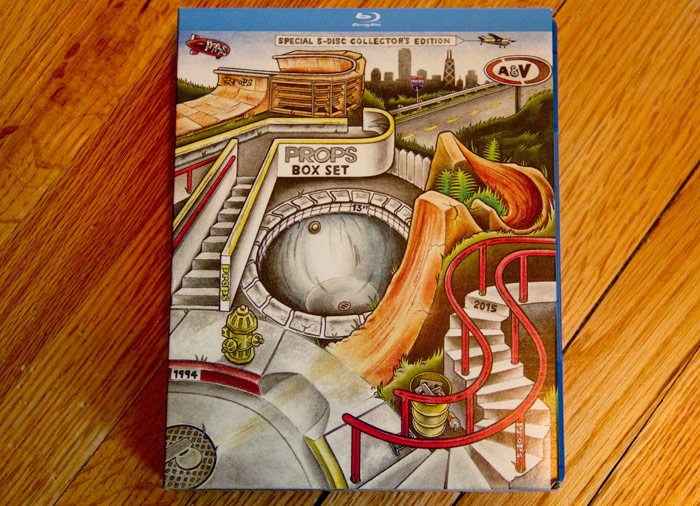 There’s no denying that it’s pretty incredible the way technology is progressing these days. When you look back 20 years, a lot of the things you utilize today didn’t exist or it was in very early stages of what it has become today. When it comes to BMX videos, we’ve seen videos go from VHS to DVD to Digital and cameras go from rough and choppy to crystal clear High Definition footage that you can see even the smallest details at 120 frames per second. Thanks to technology we can take all these kinds of footage and cram them into single Blu-Ray disc’s that hold hundreds of hours of footage on them.
The other day, we received a very small package from Chris Rye from Props. Inside, we found a copy of the brand new Collectors Edition Box Set that holds over 20 years of footage on five of those Blu Ray discs that is now available… Let’s talk about this. 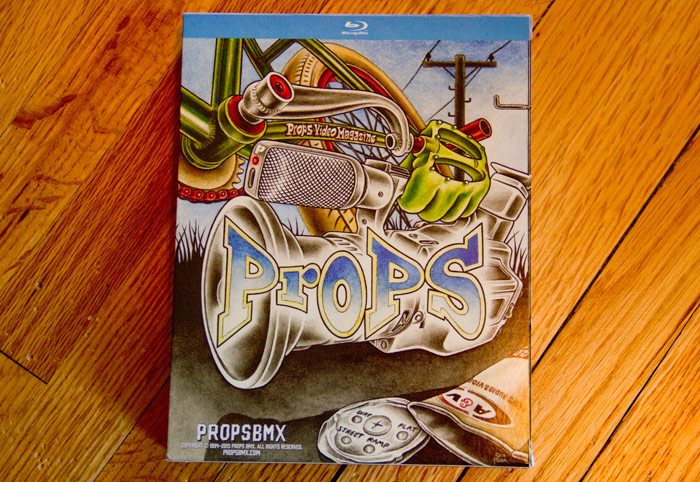 For those of you that weren’t aware, about a year ago Chris Rye decided to take on the challenge of putting ALL of the remaining videos that Props produced into a box set. I say remaining because we have seen the Road Fools Box Set, Mega Tour Box Set and The BACO Box Set released previously… Which leaves the actual Props Video Magazine videos that were released over the years to be crammed into some Blu-Ray discs. Now… If you are in your upper 20’s, 30’s or 40’s… There’s a good chance you know exactly how many videos that is… We’ll just say that it is A LOT of BMX videos.

And now it’s available in a box set with two cases with 5 Blu-Ray total discs with every single one of them on them… What videos you ask? Well, let’s do this… 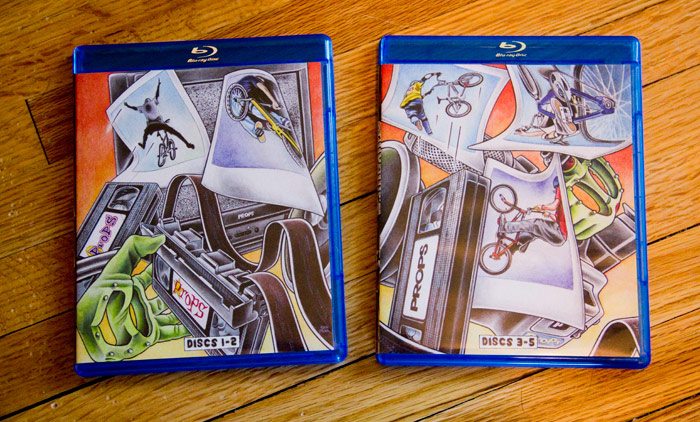 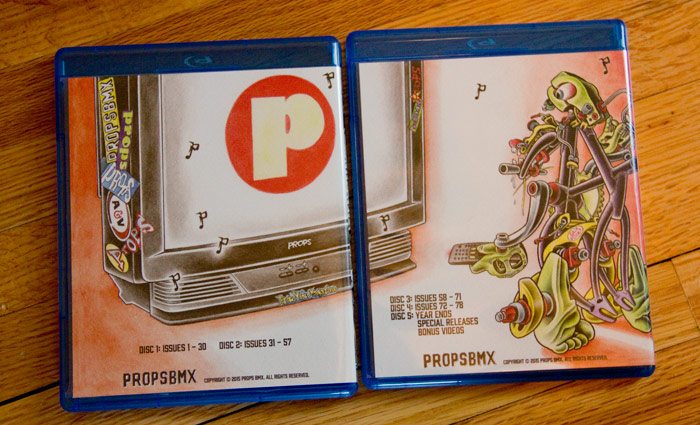 What’s inside this box set? Well…

That’s 106 (One Hundred and Six) full-length videos that are found in the Collectors Box Set.

They have also included all of the original commercials from every issue, “Remembering Props” interviews with Van Homan, Steve Crandall, Chris Doyle, Rick Moliterno, Dave Freimuth, Darrlyl Nau, Leigh Ramsdell, Lou Capparelli, Aaron Behnke and Micah Kranz, a digitally remastered Issue 23 (which was Road Fools 1) with crew interviews and bonus sections and about 12 hidden Easter Eggs throughout both discs that include full-length videos, bonus sections and special edits to add to that list of what’s already there to see.

… If you aren’t saying “holy shit” by now, you have no comprehension of just how much BMX history and how many hours of footage is contained in all of that. 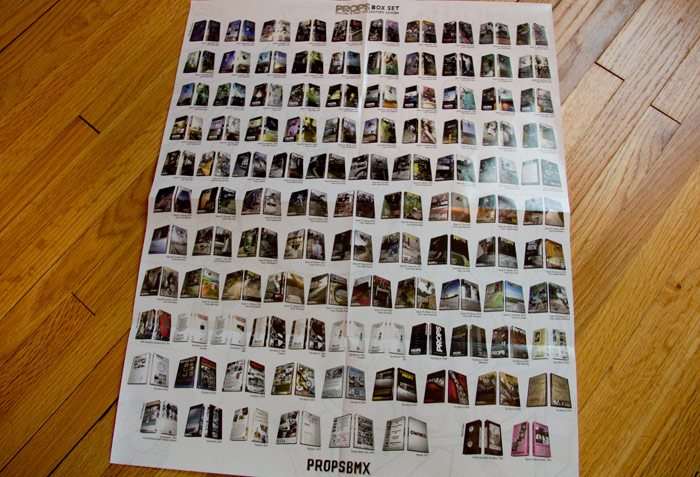 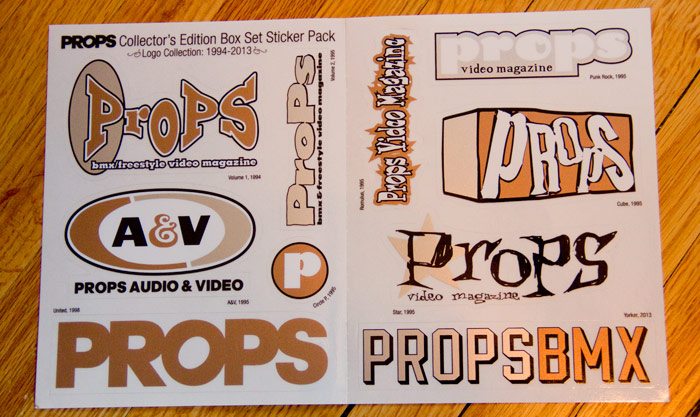 If you’re looking at the cases wondering who did the art work, well it was Eben Fischer and he did an amazing job. The box and both cases for the discs and discs were designed by Eben and you really have to look closely to see everything. The cover of the boxset actually spells out “PROPS” out of the different obstacles like the mini ramp, dirt jump and rail.. Take a closer look. Also, all 5 discs spell out PROPS when lined up as well.

You also get two 12-page booklets cataloging what’s on each disc and a special sticker sheet that has 10 die-cut classic Props logos printed with metallic gold and silver ink and a big posted giving you a look at all of the videos that are packed into this.

I won’t lie and say I’ve gone through and watched everything, because, well, that would literally take hundreds of hours and I haven’t even had the box set long enough to even watch everything if I were to have hit play and not stopped since. But I can tell you that if you were to buy each and every one of these videos on their own it would cost a few thousand dollars. So, although this box set seems a little spendy, you’re getting a hell of a deal! This is definitely worth every penny for you BMX guys who have been riding for years or even the young guns that want to learn a little history…

You can now pick the Props Collectors Edition Box Set up for $124.95 direct from the PROPS WEBSTORE!

VISIT: FRONT PAGE // DAILY SECTION // BMX COLOR APP // BMX VIDEOS
You are here: Home / Reviews / Insight: Props Collectors Edition Box Set
Note: This site contains affiliate links and we could receive a small commission that supports this site if you were to make a purchase on their websites using our links for no extra charge to you.