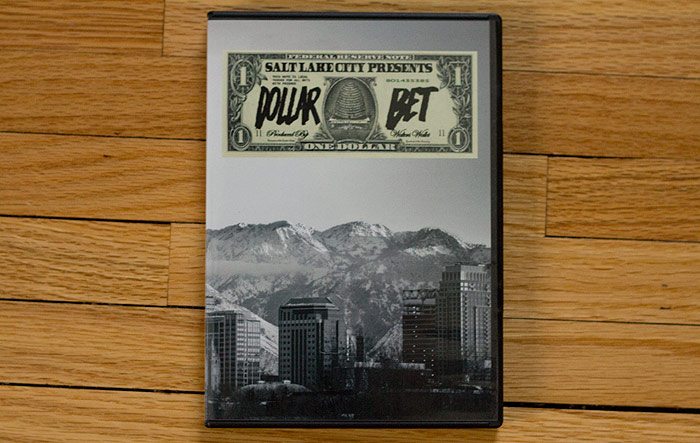 It’s not every day that we get a new DVD to check out, and it’s definitely not every day that we get the chance to check out a BMX video that we’ve been anticipating since the initial trailer dropped announcing that video. Today, the mail-man stopped by with a copy of the Shawn “Elf” Walters produced “Dollar Bet” video that we’ve been anticipating since December! It didn’t take us very long to pop this one in the DVD player and hit play, so we figured it would be a good time to do a quick review for those of you on the hunt for something new!

Let’s start this out with a little background on the video. “Dollar Bet” is a BMX video that has been in the works for about three years now, featuring some of Salt Lake City’s finest locals and visitors that spent some time in the city. Everything was filmed in or around the city and was geared toward showing everyone just what this highly creative crew gets into during it’s sessions out in the streets.

Going into the video, we had a fairly decent idea of what we could expect. Between Elf’s history of working with Jordan Utley on the “Killjoy” DVD and the riders we spotted in the trailer. What was it that we expected? A lot of creativity, antics and good times. 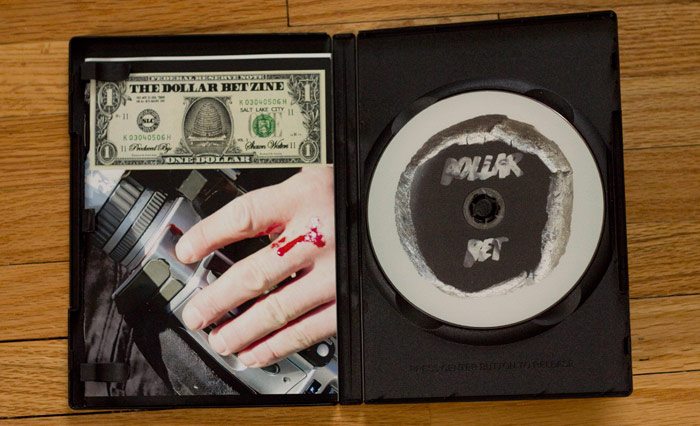 “Dollar Bet” is one of those videos that isn’t super focused on the full HD, glide cam, perfect shots. It was all filmed on VX’s and you could say a little rough around the edges, but I think that’s something that gives this one a little more character. You can tell most of the footage was collected while the crew was out riding and having a good time, with a few clips that were a little more pre-meditated that probably required a bit more of a setup than just stumbling across a random spot. We really liked the simplicity with minimal graphics for titles / transitions. The music selection is pretty diverse with some older music, to hip/hop and rap to what sounds like some random beats they found online. It all went well with the video. It’s safe to say Elf knows how to put a BMX video together properly because it flowed from section to section smooth.

The majority of the video was filmed out on street spots, with a section dedicated to SLC’s Tanner trails for those of you who are looking for some dirt action. The crew definitely went out of their way to find unique spots, pools and probably a few spots that qualify as “trespassing” like an abandoned mini golf course and what appeared to be some construction sites. Salt Lake City might not be the first place you think of when it comes to street, but it definitely has a lot to offer and these guys clearly spent a lot of time seeking out every spot they could find.

One thing that caught us off guard was that Salt Lake City has some pretty rough looking patches of town and there’s plenty of crazy people to take in. There’s a good chunk of this video that’s dedicated to random people the encountered from pissed off security and cops, homeless people, crazy / kooky people, crack heads and even a guy who rolls around town on a bike with blow dart gun. It’s safe to say that SLC has a very diverse crowd that help add to the entertainment.

If you didn’t catch on by the list of riders we mentioned were in the video above, this video features A LOT of creativity and originality. There’s a lot of spots that get used in ways you probably never considered, a lot of unique tricks and more emphasis on having fun versus going all in on super gnarly set ups just for the sake of getting a banger clip. 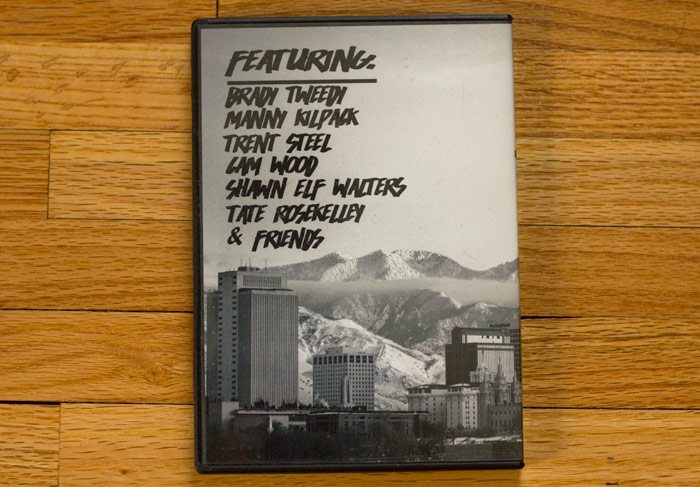 What was our favorite section? That’s a tricky one because we’re suckers for that creative and original style of riding. We’re probably a little biased because we’re huge fans of Tate Roskelley, but that was definitely our favorite section. We’re not quite sure how Tate comes up with the set ups or tricks he does, but it’s safe to say you couldn’t predict much for his section. Tate continues to blow minds with another crazy section.

So, to wrap this up. The “Dollar Bet” DVD lived up to what we expected and it was packed full of creative and original riding that was real refreshing to watch. Would we suggest picking it up? Definitely. It’s one of those videos you’ll want to watch a few times just to really process everything and won’t get burned out on right away.

You can pick up “Dollar Bet” for $10 direct from their WEBSTORE, but it will also be available through some BMX shops and mail-orders worldwide, too. If you’re having trouble getting a copy or want to order up a batch for your shop / distro, get in touch with Elf: shawndwalters@yahoo.com

The video also comes with a little zine that highlights the main guys in the video with a few words and a bunch of rad photos they collected while filming. 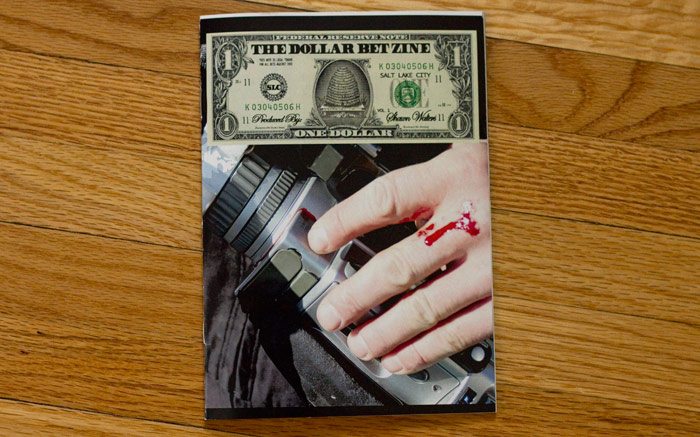 VISIT: FRONT PAGE // DAILY SECTION // BMX COLOR APP // BMX VIDEOS
You are here: Home / Reviews / Review: “Dollar Bet” DVD
Note: This site contains affiliate links and we could receive a small commission that supports this site if you were to make a purchase on their websites using our links for no extra charge to you.