The 360 Bicycles team over in Spain is stacked with some of the finest street, ramp and trails riders. This new team mix is a clear indicator of that with just over 4 minutes of footage that keeps things interesting from start to finish. This has a little bit of everything for every taste of rider. Take a peek!

It looks like Fly Bikes have added Spain’s Joan Balmaña to their line up through 360Bicycles Distribution! Check out this DIALED video of him floating through the Lloret Trails! This guy has SO much style.

END_OF_DOCUMENT_TOKEN_TO_BE_REPLACED 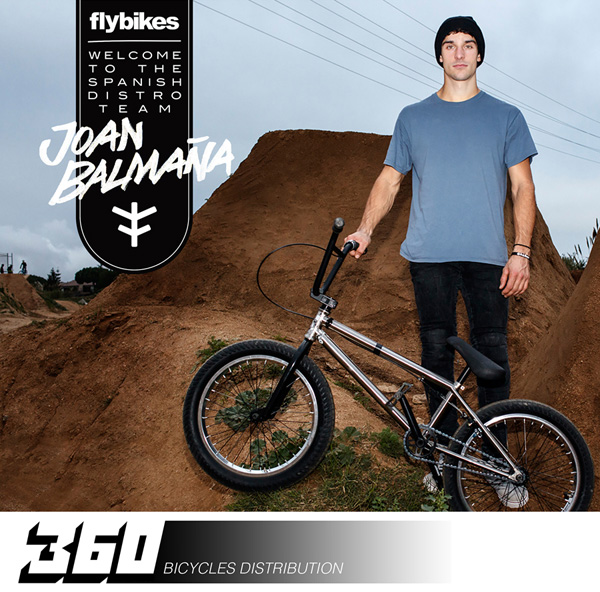 It looks like Flybikes have added Joan Balmaña to their line up through 360 Bicycles in Spain!

“We’re excited to announce that we have a new rider, Joan Balmaña, joining our crew through 360Bicycles in Spain! Joan is a stylish rider that isn’t scared to go big and he’s a perfect fit for our great family of riders from around the world! There’s no doubt that you guys will be seeing plenty more of him in the near future! Until then, go give him a follow on Instagram! @JBALMABMX”

END_OF_DOCUMENT_TOKEN_TO_BE_REPLACED

Brothers Nil and Roger Soler ride for 360 Bicycles Distribution in Spain. Above you can check out their latest edit with plenty of street goodness in it.