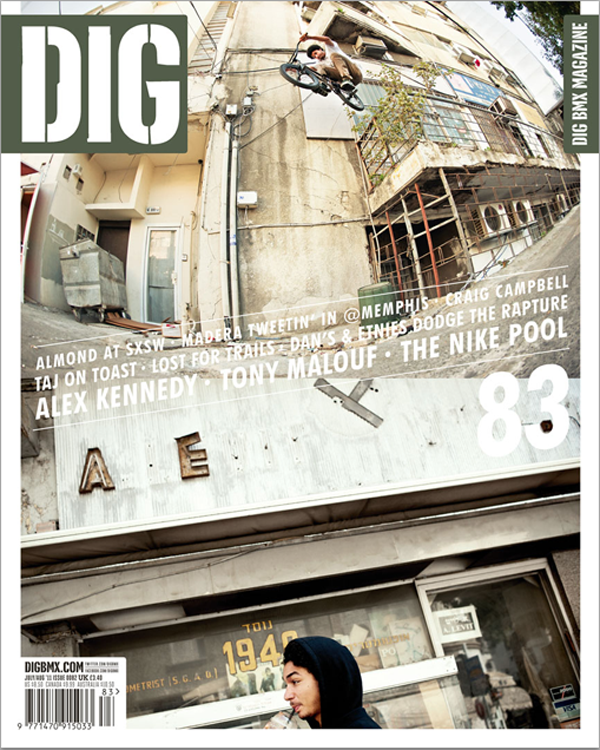 DIG Issue 83 is finally out and it’s looking to be a real good one. There’s everything in here from Kachinsky, Van Homan, Tony Malouf and Alex Kennedy to The Pool, Almond and Etnies. I’ve got three pages in the Productivity section this issue so don’t forget to check that out as well. Hit this LINK to check out what’s inside and then pick up a copy!

“Keep your eyes peeled for a full interview with the enigmatic Alex Kennedy in DIG 83 with photos from Ricky Adam. We’ll also have a great video from Rich Forne, both shot exclusively for DIG on location in Israel. Be sure not to miss this one!” – DIG BMX Magazine

Oh, and check out the product section by yours truly.

Here’s the second part from the Vans Europe trip to Austin, Texas. There’s soooo much good stuff in this. 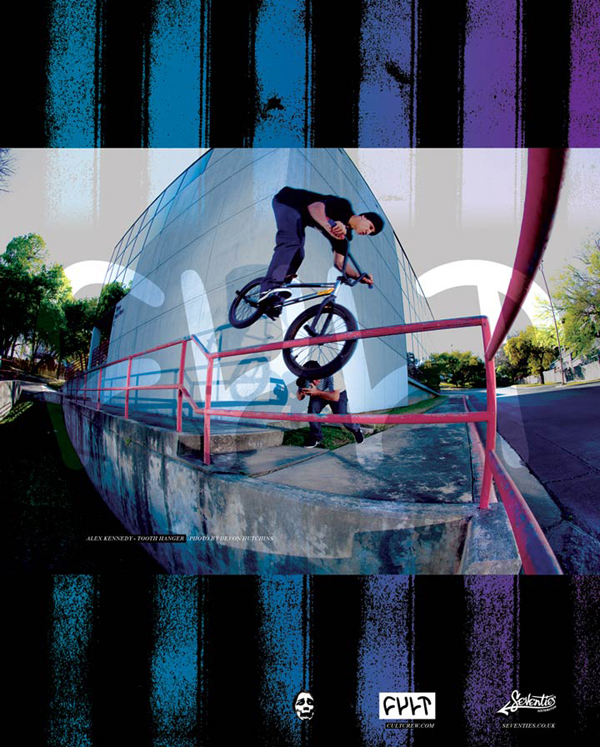 Cult uploaded their newest print ad featuring Alex Kennedy getting some tooth time in. Featured in the new issue of DIG. 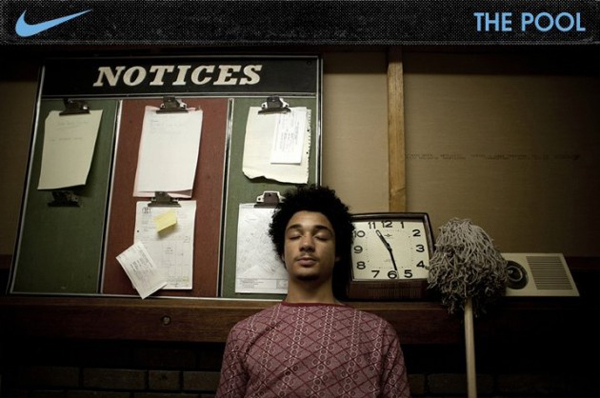 The final two teams for Nike 6.0‘s “The Pool” contest. Check out Alex Kennedy and Drew Bezanson’s picks below. Good things are coming. This is going to be wild. 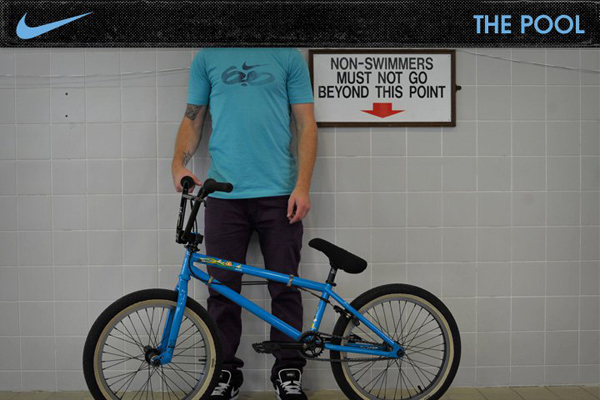 Harry Main, Garrett Reynolds, Jason Phelan, Alex Kennedy and Dennis Enarson are involved with a new project for Nike called The Pool. There’s no information on it being released and this is all that came with the video…
“Nike presents a new kind of show, with all your favourite stars.
The Pool, coming soon…..

However, I’m going out on a limb and saying Nike is putting on a bowl contest of some sort soon. Any other guesses?