After you watch the video, get a closer look at the stem RIGHT HERE

END_OF_DOCUMENT_TOKEN_TO_BE_REPLACED 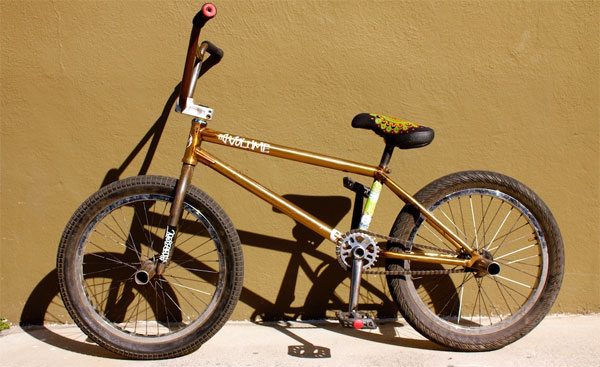 Head on over to the Volume Bikes website to check out a new bike check with Alex Raban and his current translucent gold Bermuda setup that he’s running. What do you think about that custom painted seat?

Jason Shoolery was sitting on a bunch of footage from last year and decided to put together this mixtape featuring Alex Raban, Austin Nuemann, Jason Shoolery, Victor Galindo and a handful of others getting down on street spots out in California! This has some real good riding and an awesome song selection. Hit play and enjoy this BMX video!

Here’s a gem from a few years back that just surfaced online! Check out Alex Raban’s section from the Santa Barbarians BMX video “The Quest For The Holy Rail” that was released back in 2012! Alex crushes it in this section with grind after grind. Hit play!

“Released in July of 2012 the ‘Santa Barbarians – The Quest For The Holy Rail’ DVD featured many of the most notable riders hailing from Santa Barbara and the Central Coast. Alex Raban handled duties as primary filmer/editor and knocked out one of the best sections in the DVD.

END_OF_DOCUMENT_TOKEN_TO_BE_REPLACED

Sometimes things just don’t go to plan… We blame the lady yelling “Hey… Oh my god… You’re going to get arrested!”. Alex Raban’s section from “The Finer Things” BMX video from Volume Bikes will be popping up online this weekend. Get stoked.

Another day, another round of extras from Volume‘s “The Finer Things” video for you! This time around we get a few more clips from Alex Raban putting those pegs of his to good use. That x-up one hander double peg is too good.

END_OF_DOCUMENT_TOKEN_TO_BE_REPLACED

Volume Bikes have been on it with these extras from “The Finer Things” video! Check out a few more clips from Daniel “Lil’ D” Martinez and Alex Raban! If you haven’t picked up the full BMX video, you need to get on that!