Take a look as Colt Fake sends it on a bunch of wild street spots for this new Banned video! I can already tell you that you will be stoked on this, so check it out!

“Fun clips filmed in between Banned 5 DVD to remind y’all we still on our gap shit trap shit. Songs are Crass, banned from the roxy, and lil boosie, don’t I act a donkey.“

The Banned guys have 6 brand new t-shirts ready for you to check out in this brand new promo edit. Get a closer look at the shirts along with some damn good riding from these guys… Then have your local shop hit up Sparky’s Distribution or get at coltwantsfun@aim.com to get you some ordered up! 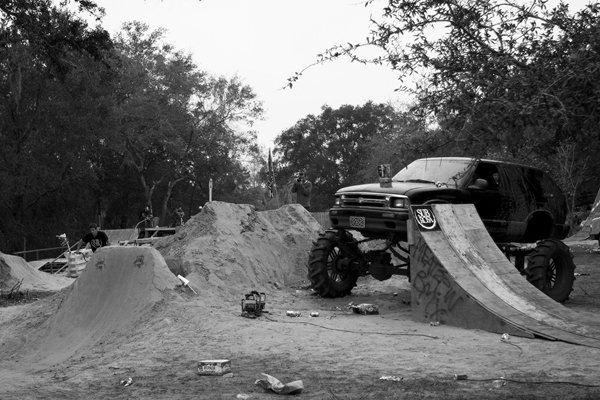 We’re a little late with this gallery, but that’s okay because it has a different feel to it. The other week, Trey Jones and the Banned crew organized a jam to get a ton of people down to Florida for some riding and party time. Fuel got poured on the fire having this going on at the same time as the The Shadow Conspiracy had entire team in town for their 10 year anniversary. Sketchy ramps, a lot of beers and a ton of good people who ride BMX can only lead to good times.

We had Nick Steben shoot some photos while he was down there to give the rest of us that weren’t lucky enough to make it to the jam a taste of what it was like. Check out 34 photos from the weekend between the lenses of Nick’s 35mm and digital cameras in this new photogallery. This looks like it was one hell of a time.

Check out the full photogallery by CLICKING here!

All photos by Nick Steben

The man behind the jam… Trey Jones.

The Banned crew had their camera out during the jam last weekend documenting all of the wild shit going down. This is the video that Colt Fake put together for you guys to check out. So good. 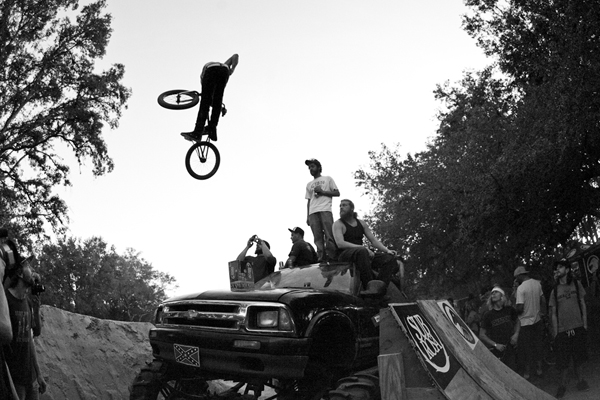 Head over to the DIG website to check out a bunch of photos that Rob Dolecki shot during the Banned in the Backyard jam that went down this past weekend. Can’t get over how good of a time this looked like.