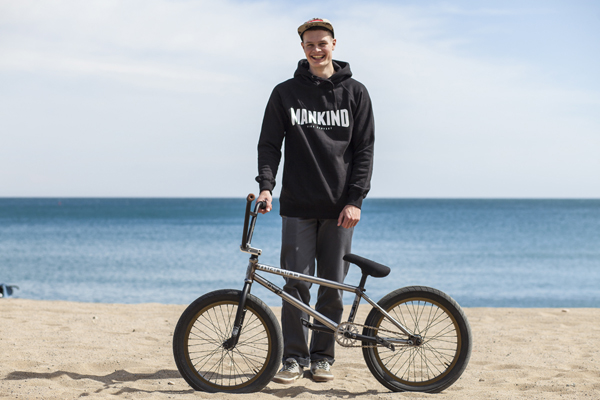 END_OF_DOCUMENT_TOKEN_TO_BE_REPLACED

Macneil‘s Billy Cooper coming through with a bunch of real good clips of him getting down at some of his local parks. Definitely worth taking a peek at this one.

“Billy hit me up a little while back about possibly making a little chilled skatepark nuggs video in and around his local area, so we spent a few afternoons gathering clips through scooter filled sessions and this is the result.
Bill is one dialled rider and a sound guy, hopefully you’ll enjoy this half as much as I did filming it!
” – Luke Duffy

Billy Cooper turned 20 years old today, so Seventies put together a bunch of Billy’s best crash clips from his past Macneil edits.

This is so damn good…

“MacNeil UK riders Billy Cooper, Mike King and Vinny Mayne got themselves across to the BMX heart the United States, Austin, Texas in March to dodge the English weather and to be tested by every BMX annoyance..

Running immediately into the SXSW music festival, skateboarding tours, broken iPhones, thunderstorms and a bewilderingly busy city overpopulated by an extra 250,000 people, the team searched to find what they could that hadn’t already been done in one of the most exposed cities in the world, all whilst enjoying one of the best places on earth.

Vinnie Mayne and Billy Cooper spent their past summer cruising the streets of London. Check out a bunch of the clips they collected during that time with the help of Ben Green behind the lens.

“Here it is, after announcing the new team in September, you can now check out the first video from MacNeil UK;

Be sure to pick up the latest copy of Ride UK to see the full article on the trip.

Filmed on a Canon 5D MK2, Canon 550D and Panasonic HMC-40 by Ben Green and Mike King with additional footage from a Canon 60D.
Timelapses are shot on a Nikon D700 by Sam King.

Billy Cooper and Luke Warren get some team work time in at the Darford bowl for Aversion. Good stuff.