The other weekend, the annual BMX Street Station contest in Lyon, France went off. There were a ton of your favorite dudes on hand from Alex Valentino to Anthony Perrin, Joris Coulomb, Jason Phelan, Sergio Layos, Maxime Charveron and many, many more. Take a look at everything that went down in this video!

Over the weekend, things in Lyon, France got heated with the 4th annual BMX Street Station contest. They had a ton of your favorite riders throwing down on this unique setup making for a rad video. Take a peek at what went down!

It looks like the BMX Street Station contest is going down again for it’s 4th year! This time around it’s happening May 4th and 5th. If you are anywhere near Lyon, France, I advise you make the trip because this looks like it’s a hell of a good time. Check out this teaser that Hadrien Picard put together giving you a look at what went down last year.

At this years BMX Street Station contest in Lyon, France, The Shadow Conspiracy had one of their signature Coffin ledges at the contest for a best trick contest that went off. Check out riding from Paul Ryan, Alex Valentino, Daniel Tunte, Arnaud Wolff, Pete Sawyer and more all throwing down!

If you watch one video from this contest, it’s this one. Hadrien always kills it behind the camera.

“BMX STREET STATION is a contest in Lyon (France) which is taking place in front of the train station.
For the 3rd edition, the contest were more open with 2 contest, a box and a street contest.
Few of the best riders in the world was there as Ben WALLACE, Jason PHELAN, Paul RYAN, Ale BARBERO, Cam WHITE, Pete SAWYER, Daniel TUNTE, Daniel WEDEMEIJER, Steve Mc CANN,…
Filmed and edited by Hadrien PICARD.“

Here’s some footage from the BMX Street Station contest that went down in Lyon, France recently. You can check out footage from Ben Wallace, Alessandro Barbero, Daniel Wedemeijer, Alex Valentino, Anthony Perrin, Jason Phelan, Paul Ryan and more. Looks like it was a pretty good time. 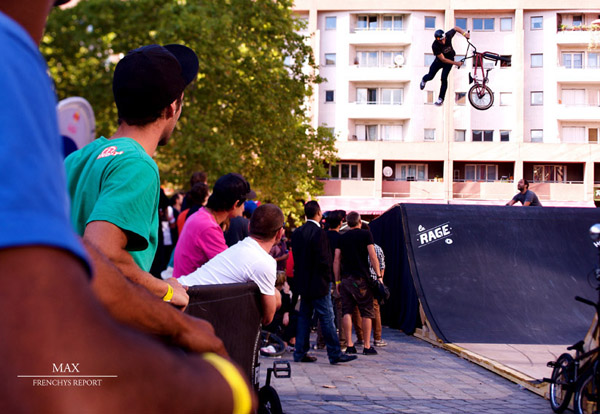 The 2011 BMX Street Station contest went down this past weekend. If you head over the the Frenchy’s site, you can check out some rad photos by Loic Benoit. I’d imagine a few edits will be popping up from the event soon as well.

It sounds like this years BMX Street Station contest will be going down August 27th in Lyon, France. More details will be coming sooner or later.