“Terry does over 80 trips a year doing demos at college campuses and everything in between. Today he stopped by and crashed a Red Bull meeting as they were taking a break. With DJ ready and Chad DeGroot on the mic, Terry pulled some of the hardest tricks done today. This is tough when you get off a plane, put together your bike, hit the Florida heat, and have to ride real early in the morning.” – Chad DeGroot 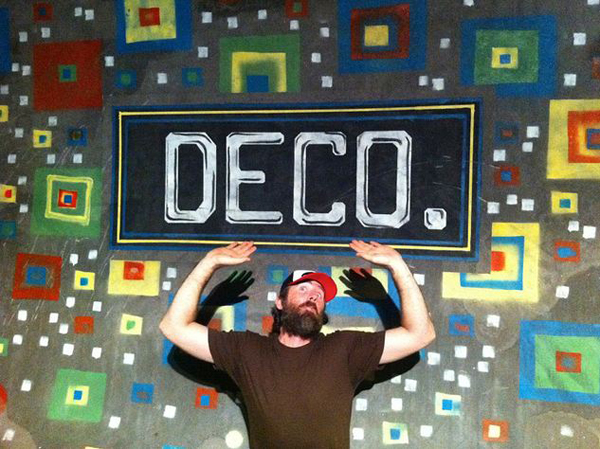 Chad DeGroot has an interesting interview where he discusses how BMX has effected his non-bmx side of his life along with his business side over on CPink. It’s a good read, so if you have a minute, take a peek.

“Chad DeGroot riding some spots in Gainesville, Daytona, Orlando FL area, and his backyard pool. Doing some front wheel boogie is what he does. Check out his color way, Coffee, what more do you need to know.” – Profile

Quicky is a new feature I’m going to try and start firing out here on the regular. It’s basically an interview, but straight to the point of “what are you up to” with no real extra non-bmx related questions that I’ll mix in with the regular interviews. I figured I’d start these off with the one and only Chad DeGroot. Anyone who knows Chad knows that he’s a definitely a little kooky, but awesome. He gets himself into some ridiculous situations and has some of the best stories ever. Chad also always has something going on. I figured it would be a good time to check in with him and see what’s new and try and light a fire under his ass to get another Baco contest going. Check out what he had to say…

Chad DeGroot put together a bunch of his photos and a few video clips from the Red Bull Barge Spin that went off a few weeks back down in Florida. From what I’ve heard, it was a real good time and a pretty crazy experience.

In other Chad DeGroot news, I’ve got a Quicky with his name on it in the inbox. It will be up shortly.

Mat Olson has this new edit for Deco from all over the place. I’m trying to figure out if that handle bar stab was real or not. I’m going with no, but then again with Degroot editing you never know. Also, after you check out this edit, head over to ESPN and check out a photo gallery of Chad shredding his backyard pool. That’s what’s up.

“Mat riding arizona, colorado, and everwhere in between. Some really good rails, wild crashes, and a session on some of the sketchiest (yet fun) ramps ever.
DecoBMX.com
Deco Flickr
Deco Tumblr
Deco Facebook
@Decobmx09

The last of the booths. The Profile booth was in control of Charlie once again this year. It was also being occupied by Chad DeGroot who had some of his Deco goods on the table. There’s a few new things on the table that haven’t been out for a very long at this one. Let’s take a look…
END_OF_DOCUMENT_TOKEN_TO_BE_REPLACED