The crew at Fit Bike Co. just released this new video featuring Charles Littlejohn absolutely slaying spots out in California. As always, Charles brings plenty of pop and grinds over and down everything from rails to massive stair sets, leaving your jaw loosely hanging by the end. Hit play and check this out!

“It ain’t quite Easter but young bunny is bringing the hops! Charles Littlejohn threes OVER everything in this one.

Check out part two from the Fit Bike Co. trip to The Sanctuary…

“For our last day at The Sanctuary, Charles and Austin handle a few loose ends before we hit the road.

Thanks so much to Waylon and everyone at SanctuaryBMX

The Fit Bike Co. took a trip to The Sanctuary for their latest F-Log video…

Fit Bike Co. are back at it with the F-Logs. Here’s a new one from a trip the team took to The Sanctuary to spend some time riding. This one starts out with some laughs from the trip, then the crew proceeds to have a damn good time riding the dirt jumps and ramps all around the Santucary. This place looks like a ton of fun to ride every time a video pops up from the place!

“The gang visits the Sanctuary for a little BMX get away.

Take a look at what the Fit Bike Co. team got into during one of their stops during the Free Candy Tour in NorCal!

The latest F-Log has arrived. This time around we get a look at what the Fit Bike Co. team got into while visiting Vans Bicycle Center and the new skatepark in Live Oak, California. Hit play to check out riding from the session plus a bunch of bonus non-riding footage as well! Looks like a good day to us.

“Tag along for a day on our most recent Shop Tour through Northern California. The guys meet the Mayor of Live Oak at the Grand opening of their new skatepark. A game of BIKE ensues at Vans Cycle Center and we arrive to a surprise at our Hotel.

The crew at Fit Bike Co. coming through with another section from the “Fit Horror Picture” that was released last Halloween. Here’s a little at what Justin Spriet, Charles Littlejohn and Crisitan Porras cooked up while out cruising the streets. Nothing spooky about this one, just plenty of dialed riding.

Gotta love these promo videos that Fit Bike Co. have been putting out for their 2018 complete bikes! Here’s their latest promo video featuring Charles Littlejohn putting the new 2018 STR Complete to good use out on the streets. Hit play to watch the video, then get more details on the bike below!

“Charles Little John doing a little stunting on the STR – our street complete. Four-piece bars, 4 pegs, street-specific geo so you can get quick with it… you know you need this! 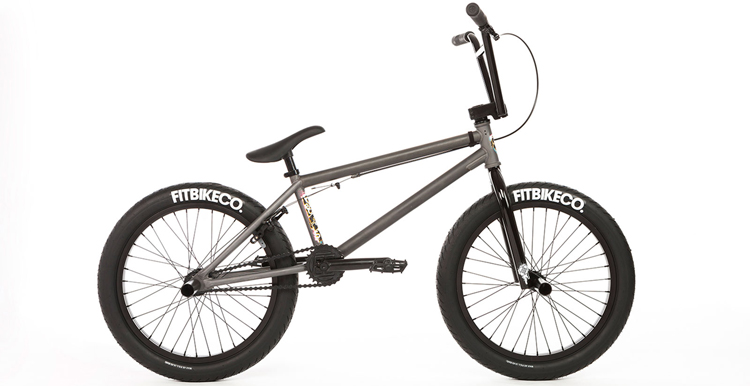 Available in both Gloss Black and Matte Clear for $379.95USD from a shop or mail order near you!
Learn more on the Fit Bike Co. Website

The Fit Bike Co. crew are back at it with a fresh F-Log for your viewing pleasure. This time around we get a little behind the scenes look at filming for their 2018 complete bikes promos where the crew had to get creative to help Tom Dugan get into the action with a jacked up wrist.

“We’re still making commercials for our 2018 line of bikes (arriving in September) and due to Dugan’s recent accident we really had to improvise. Get a behind the scenes glimpse of the video shoot for Dugan’s complete while the rest of the crew runs around with the original F-LOG cam.

Here’s one we’re sure a bunch of you have been waiting for! Check out the Animal Bikes new Animal House In Los Angeles video where the crew spent a few weeks exploring the city and crushing spots. Below you can find a super dialed video giving you a look at what went down! You won’t want to miss this. Everything from the riding to the film work is amazing.

“We have expanded our team to include an insane crew from the west coast like never before with Andrew Castaneda, Demarcus Paul (who got hurt right before the project), Johnny Raekes, Hobie Doan, Charles Littlejohn, Gabe Brooks and Richard Hernandez. We also have two of our top pros, Augie Simoncini and Colin Varanyak—who originally hail from the east coast—currently calling California home as well. So it only made sense for us to get them altogether and do their thing. We rounded out the squad with a couple of our top east coast riders, Abdul Fufanah and Jonathan “Twinn” Jaramillo, and Clay Johnson from Arizona to add to the mayhem. The riding that went down was wild, insane, technical, dope, crazy, smooth, and above all… motivating to get you to hit the streets right after you watch it. Thank you for your support of Animal and real BMX street riding.” —Ralph Sinisi, Owner of Animal Bikes

Did you ever see Animal House New York City? Make sure you check that out!