It’s always a good day when Corey Martinez has a new video to check out! Cinema BMX just released this new one that’s over 3 minutes of gold from the street spots Corey cruised while out road tripping. We’re absolutely loving all the brake tricks he cooked up for this one, keeping things real interesting from start to finish! Needless to say, this one is an absolute MUST SEE!

“There’s lots to say about this edit, damn it’s good, but here’s a description straight from the GOAT’s mouth…

“This edit is a collection of iPhone clips (except for two) filmed by friends while travelling cross-country from Tennessee to California with a stop in Texas. It’s called “Keepin’ On” from the song title which seemed fitting to use due to the battle it took to finish the project. It was self-edited on an iPhone using the app Video Leap. No fancy work or transitions just a bunch of clips chopped up to a song I like that felt fitting to use.” – Corey Martinez

Press play and watch Corey throw down in that timeless T-NEZ style.

Chad Kerley was dialed in with a new care package!

Cinema sent Chad Kerley a fresh care package with new apparel and parts to dial in his bike with! Hit play to watch as Chad does some unboxing and takes a look at everything that was sent through.

“Our dude Chad Kerley pops open a fresh package we sent out to him and gives you a look at our new FW22 apparel line, a sample of his upcoming CEEK 2 signature stealth seat, his signature CK pedals and a fresh set of Reynolds complete wheels. Get it all now…!” – Cinema

Not only is the Cinema BMX team one of the most stacked teams out there, most of the crew lives in or near San Diego. They recently got together to spend a day cruising spots around the city, and you better believe they ended up stacking clips. Check out what went down!

“We spent the day out in San Diego with the ridiculously talented Cinema team and needless to say those guys provided the goods. Featuring the dream team – Garrett Reynolds, Chad Kerley, Nathan Williams, Corey Martinez and Dakota Roche.

Check out the new Cinema BMX In Boston video!

Whenever the Cinema team gets together, you know there’s going to be some amazing riding going down. Here’s a video from their latest team trip where Featuring Chad Kerley, Dakota Roche, Garrett Reynolds and Nathan Williams went to work on street spots all around Boston, Massachusetts. Hit play because this is definitely a must see video!

“We took the squad out East for a change of pace to the great city of Boston, MA. Needless to say it was a heavy week in the streets captured by Peter Adam. You do not want to miss this one! Hit play, then hit it again.

Cinema BMX starting the weekend off right with a brand new Chad Kerley video that you cannot miss! Hit play for 6 minutes of footage filmed around some of is local spots out in California with no shortage of buttery smooth lines and combos, along with a look at life off the bike as well. This is a must see, so get on that play button already!

“Kick back and watch as CK vibes around SoCal, living life on and off the bike for a special feature “Intermission” filmed and edited by Andrew Knight. Enjoy!” – Cinema BMX

Whenever the Cinema BMX team have a new video, you know it’s automatically a MUST SEE since the crew ALWAYS delivers. Hit play for 8 minutes of footage from some time they recently spent cruising spots around North Carolina! Dialed riding and dialed film work. You can’t pass this one up!

“Rounding out another rad year with our crew, this time on a lesser traveled path to North Carolina. Watch Chad Kerley, Nathan Williams, Garrett Reynolds, Dakota Roche, and Corey Martinez put their mark on some under-appreciated southeastern spots for the lens of Will Stroud.

Cinema starting your weekend off right with a fresh video featuring Garrett Reynolds, Corey Martinez, Dakota Roche and Nathan Williams going to work on spots all over Cincinnati, Ohio! You already know everything about this video from the riding to the filming and editing is on point and a must see! Hit play and take it all in.

“We sent the squad on down to Queen City, Cincinnati, Ohio, for a week of nothing but good times and bangs in the streets. Watch Nathan Williams, Corey Martinez, Dakota Roche, and Garrett Reynolds put their personal touch on plenty of classic rustbelt gems.

Filmed & Edited by
Will Stroud 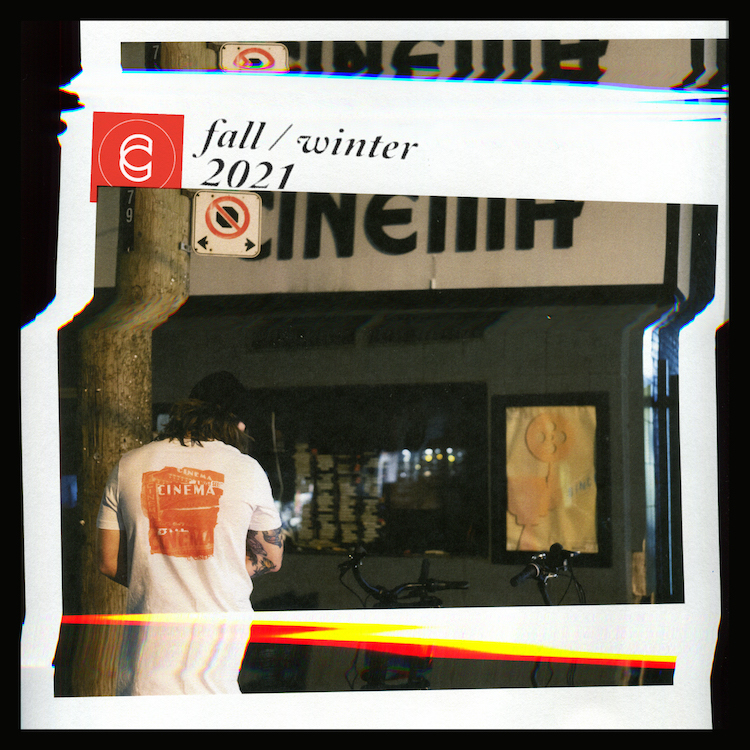 Time for some fresh threads? Cinema have released their Fall / Winter 2021 apparel line with their new shirts, hoodies, hats and more for you get your hands on. You can check out the full line over on the Cinema Website if you want a closer look!