Here’s a gem we spotted over on Can You Dig It! The crew over at Circuit BMX compiled a bunch of footage they collected at the trails and a cement park this past year and put it into one chill, but awesome video.

“A collection of footage throughout the year. It went by fast but we had plenty of fun!!
Filmed in Rhode Island”

END_OF_DOCUMENT_TOKEN_TO_BE_REPLACED

The Cumby Trails look beautiful and this edit features footage of Mark Mulville and a bunch of locals shredding crazy. What else could you ask for in a trails edit? 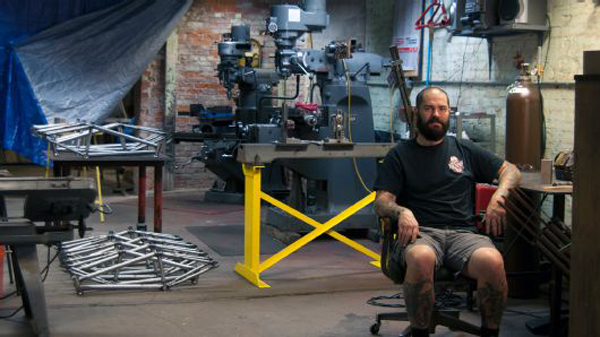 Head over to ESPN BMX for a fresh interview with Dave Harrison from Pedal Driven Cycles and Vic Bettencourt from Circuit BMX Shop. In the interview, Dave talks about where things are with Pedal Drive Cycles and what’s coming from that, and Vic talks about how the limited edition run of Circuit frames came about. Real good read! Check it out!

Over the summer, the FBM crew hit the road in search of good times and and good people. ESPN just dropped part two which features day 3 and 4 from the trip where they spent some time in Rhode Island at the trails and Circuit BMX! Check out what went down!

Here’s the trailer for the new B-Cave video that’s in the works. Based on this video that looks to be the b-roll clips they aren’t planning on using, this video is going to be loaded with good times and some awesome riding. Get stoked for this.

“So this is the trailer for our upcoming video/mixtape! The video will feature full sections from John Mayo, Jef Dustin, Shaun GIngras, Bobby Proctor, and a Chris Childs/Pablo Mcguire split section. The video will also feature a full trails mix section! The video is going to be premiered at Circuit BMX in Pawtucket, Rhode Island on November 1st, 2012. Come hang out and have a good time!“

Oh hell yeah! This is what I’m talking about! The Circuit BMX guys spent some time cruising around the East Coast hitting up a bunch of different trails. They ended up stacking a ton of awesome clips for this new video that’s nothing short of gold. Hit that play button to enjoy!

“Edit of our recent trails trip in July 2013. RI,PA,NY and NJ Trails.
Edited By Sean Ryan
Thanks to all the locals for building and having us!!“

It’s been a minute since we’ve seen some footage from Bobby Proctor, but it looks like he’s been having a good summer shredding some cement parks out east. Check out this rad edit with some great riding and good tunes!