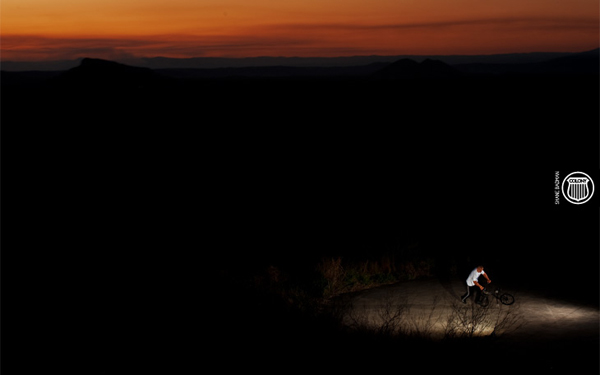 It looks like Colony has decided to discontinue its flatland program. Here’s some words about it from Clint Millar about the decision.

“Way back in 1988 when I started riding, I primarily rode flatland. I was however one of the few riders that rode flatland & also did ramp, street & dirt back then. Given my links to flatland back in the day, it was natural that I wanted to do a flatland range within Colony as a company. Especially when good friends of mine Shane Badman & Simon O’Brien were without support at the time it made perfect sense to help them out.

Over the years we have supported flatland as much as we can. It’s no secret that the flatland market is a small one indeed. Through our strong position within BMX as a whole we have been able to support this for some time but at some point we needed the flatland program to support itself. Unfortunately this has not been the case & after much deliberation & sadness we have had to pull the plug on our flatland program.

We will still support Shane, Simon & Shintaro as much as possible with our products but we will no longer be making any new flatland products moving forward.

The guys at Flatland Fuel still have some stocks while they last so if there is something you want before it’s all gone, I would at fast.

I would like to take this time to thank everyone for their support throughout the years, we’ve had some of the best riders on the planet ride some of our products & that is amazing to think about. So thanks for the good times & may the they continue into the future. You never know… we may bring out some very, very limited edition flatland products from time to time.” – Colony

You definitely want to check this out. I can’t believe how much footage the Colony team produced during their time over here in the U.S. Amazing.

“Colony riders Ryan Guettler Jourdan Barba, Clint Millar, Cooper Brownlee, Tom Stretton, and Peta Shepherd get down at street spots and skateparks in sunny California on a trip that brought them across the world from the brand’s headquarters. Credit: Ryan Galvan”

The Colony team had a hell of a productive trip to California. Here’s another video from their trip. This one is real good!

“Colony BMX teammates Clint Millar, Ryan Guettler, Alex Hiam, Chris Courtenay, Tom Stretton, Bobbie Altiser, Peta Shepherd and Jourdan Barba bring us along to spend the day with them as they hit up two parks and a street spot. Eight outstanding BMXers all riding together always makes for a progressive session, and this session proved to be just that. Ride along with some of Colony BMX’s best in this Day With.” – Alli Sports

Some of the Colony team have been over here in the U.S for a bit getting some riding time in. Here’s a little Calling The Shots session they got in one night.

“When the entire Colony BMX Team — Ryan Guettler, Chris Courtenay, Jourdan Barba, Bobbie Altiser, Cooper Brownlee, Alex Hiam, Tom Stretton, Peta Shepherd, and Clint Millar — descended on a park near Crooked World, we took the opportunity to get a very special episode of “Calling The Shots.” Check out ColonyBMX.com.au/News for more about their West Coast road trip. Filmed by Chris Long.” – Network A 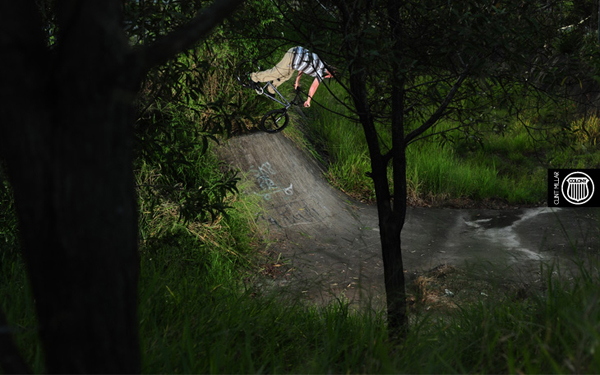 Looking for a fresh background? Get over to the Colony site to get this shot of Clint Millar getting his front brake magic on as your new background!

Here’s the latest Ten Clips from Colony featuring Alex Hiam and Clint Millar. Combined these two produce a bunch of real good clips. Stoked to see Clint getting back into the swing of things now that his leg is healed up.