Colony’s Jayden Fuller goes to work on concrete parks down in Australia!

Here’s a fresh one Colony BMX dropped featuring Jayden Fuller bringing the speed and style to a bunch of concrete parks! This one has a fast pace and a ton of great riding to check out, so get on that play button because this one does not disappoint.

“Jayden Fuller ripping around as many deep-ends as possible in his latest video part. Primarily shot around QLD along with a few clips from Sydney and Canberra during our travels.

The Colony team caught a session at the Slam Factory!

A few weeks back the Colony team rolled through the Slam Factory down in Australia for a rainy day session. Here’s a highlight video they put together from the stop which lead to a ton of bangers and good times. Get on that play button to check it all out! We’re definitely stoked on the Mick Bayzand appearance!

Thanks to Kurt and everyone at Slam for helping us out with the session. 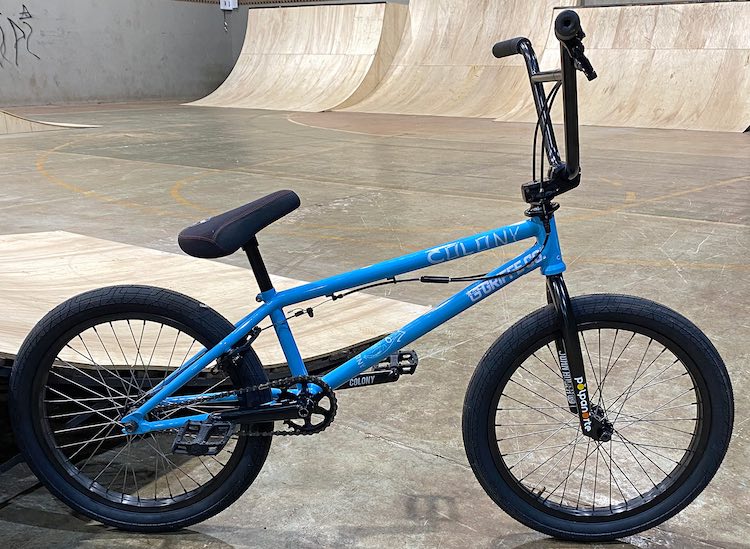 The crew over at Colony dropped a fresh Bike Check with Paulo Sacaki and his current M8 setup that he’s been putting in work on! There’s a full parts list and a whole bunch of photos of the bike over on the Colony Website to check out! Looks like a dialed unit to us!

Take a ride with Sam Grace!

Colony coming through with a short but sweet drone video for you to check out featuring Sam Grace going to work at a park down in Australia. Hit play for some eye in the sky riding action.

“Whilst filming with Sam Grace recently we shot this drone clip at Rye park for something different.

The annual ACT Jam down in Australia went off!

Every year the ACT Jam is 3 days of pure BMX madness down in Australia. Usually they hit 3 different parks and it’s a non-stop party and crazy riding each day. This year Backbone BMX moved it indoors. We’re not sure what happened to change things up, but it sounds like it was due to heavy rains. Either way, they somehow managed to get in inside a warehouse and had a bunch of ramps built up in time for the contest to go off. Here’s a video Colony put together featuring their team at the contest. As expected, these guys crushed it as always. We would imagine there will be more videos coming from the contest soon, so get stoked.

Even with the rain issues Canberra was having the weekend of ACT JAM 2022 the crew from Backbone made it work!

Joe Battaglia will make you dizzy!

Colony BMX coming through with a fresh video featuring Joe Battaglia throwing down at a bunch of parks and private ramp setups! As always, Joe delivers with a ton of wild moves and spins that will leave you dizzy just watching. Hit play because this is a real good watch!

“Joey Battaglia is back with another great video packed full of mind melting moves from his wild and creative mind.

Check out what the Colony team got into last month!

The monthly Colony Instagram compilations continue to flow! Here’s a look at what the team got into during their sessions over the course of August. Needless to say, there’s no shortage of dialed riding to check out in this one. Take a look!

Here’s a good mix from some of the clips the crew have posted on Instagram during the month of August 2022.” – Colony BMX

Colony coming through with a fresh one featuring Jayden Fuller blasting with tons of style at the Elanora Park down in Australia. As always, Jayden delivers with the good stuff, so get on that play button and check it out!

“Jayden Fuller solo Shreds an empty Elanora Park in Queensland, not only that he cut this video up himself.” – Colony