These guys both throw down some damn good riding in this.

“Took a trip with ma homie Andres Lainevool to Spain, for Rebel Jam. After the contest we had some time to shoot some clips with a GoPro in Tossa De Mar and Barcelona. Sadly, Andres got injured and camera got low on battery we had to take our flight back home too. Hope to get there soon and film some proper stuff because that place is unbielievable, hope you like it.” – David Budko

David Budko gives you a run through of his new Cult setup and then proceeds to throw down some damn good riding on it. Always good to see footage of this dude.

“I came back to Palanga for a weekend to see my buddy David, and film with him, his new bikecheck. In this video David Budko introduces a bit himself and his new bike. We shoot some footage from Davids hometown local street spots and park aswell. Good times. Hope you like it! enjoy
Filmed & Edited: Karolis Jonikas (JonikasMedia)”

David Budko has been on fire lately. This dude NEVER disappoints. Check it! 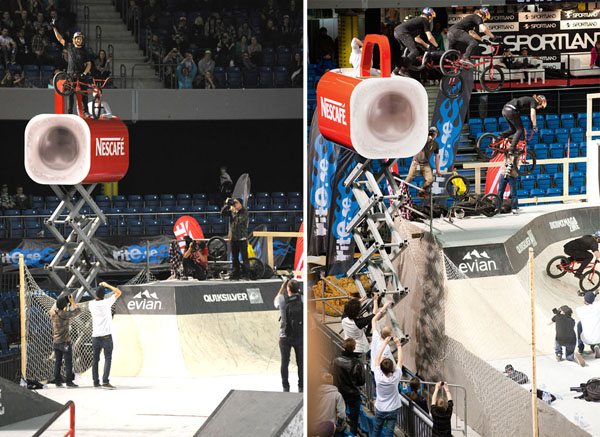 DIG posted up 16 rad photos from Simple Session 12 for you to check out. Give it a look!

While we’re at it, here is another edit. This time around it features David Budko getting some time on the course.

Eduards Zunda, Janis Cunculis, Ruslan Kurilin and David Budko all got together for a session to celebrate the 5 year anniversary for Par BMX. These dudes are always a treat to watch so hit play!

David Budko has been doing it for Cult for a while now through Par BMX. He’s back at it again with a fresh new edit that’s loaded with goodness. Take a peek.

The history of BMX evolved at the VANSrebeljam in Eindhoven, NL over the course of the first weekend in December. One hundred sixty of the world’s best riders made the journey to Eindhoven from the US, Japan and throughout Europe. Heavy hitters like Ty Morrow, Matthias Dandois, Corey Martinez, Ben Hennon, Mark Webb, Bruno Hoffman, Dan Lacey and many more showed up to participate in the event that brings unfiltered BMX riding to Europe.

The format of VANSrebeljam is unique in the contest world. Judges scored riders in 3 categories: Hardest Trick, Creativity and Style. The real winner of the event though, was the progression of BMX.

Even with €20.000 in prize money on the line in the park, street and flat disciplines, the riders didn’t ride against each other, the riders rode with each other. Innovation was the motivation and new tricks included Corey Martinez’ Opposite Upledge Feeble to 180 Tailwhip and Mark Webbs Whip to Footajm to Downside Whip back in. The jam style park finals reached its climax when Daniel Sandoval dropped in after his heat was finished and pulled the trick of the day, a 720 Tailwhip to Barspin.

The crowd was cheering for the riders the whole weekend. Each day the Kolkgebow hall was packed with nearly 2,000 visitors who were joined by tens of thousands more who tuned in to the Big Air TV live webcast.

The unique judging format at the VANSrebeljam is about more than just hard tricks. The street contest was held as a best trick contest. Style and creative riding were also awarded in both park and flat. Riders had the opportunity to be judged in what they do best and it keeps the world’s best returning to VANSrebel jam year after year. The judges’ final tallied scores yielded these results.

The VANSrebeljam in Eindhoven, NL was a perfect weekend of progression, insane tricks and good friends. It culminated in a good party at The Monster Energy Riders Night on Saturday Night at the Effenaar. The riders partied with locals and fans and the last people came home by the break of dawn.

We would like to thank everyone who came out the Eindhoven. The experience was complete with great riders from all over the world, the awesome crowd that pushed the riders to new limits and of course the international BMX media, that covered the VANSrebeljam.

We hope to see you next year with more unfiltered BMX!” – VANS

Also, here’s some footage of Eduards Zunda and David Budko getting practice and runs in at the Rebel Jam.