Here’s another section from Bone Deth‘s “Too Fast For Food” DVD for your viewing pleasure. This time around we get a look at Dean Dickinson‘s section packed with pool and bowl shredding with a few Party Management guest clips for good measure. Take a look at all this weirdness.

“​Pool riding connoisseur​ and bone-dad Dean Dickinson struts his stuff for the latest in the Bone Deth discography, ‘Too Fast For Food’. Expect empty pools and mustard stains!” – DIG

The Bone Deth “Too Fast For Food” DVD is starting to make its way online! They’ve uploaded the intro section that is pure fast food madness with babes, food destruction, crazy crashes and more! When you see the Bone Deth name on a video, you know it’s going to be a wild ride. Hit play and take this in, probably not while at school or at work, and expect to see the rest of the video popping up in the near future! 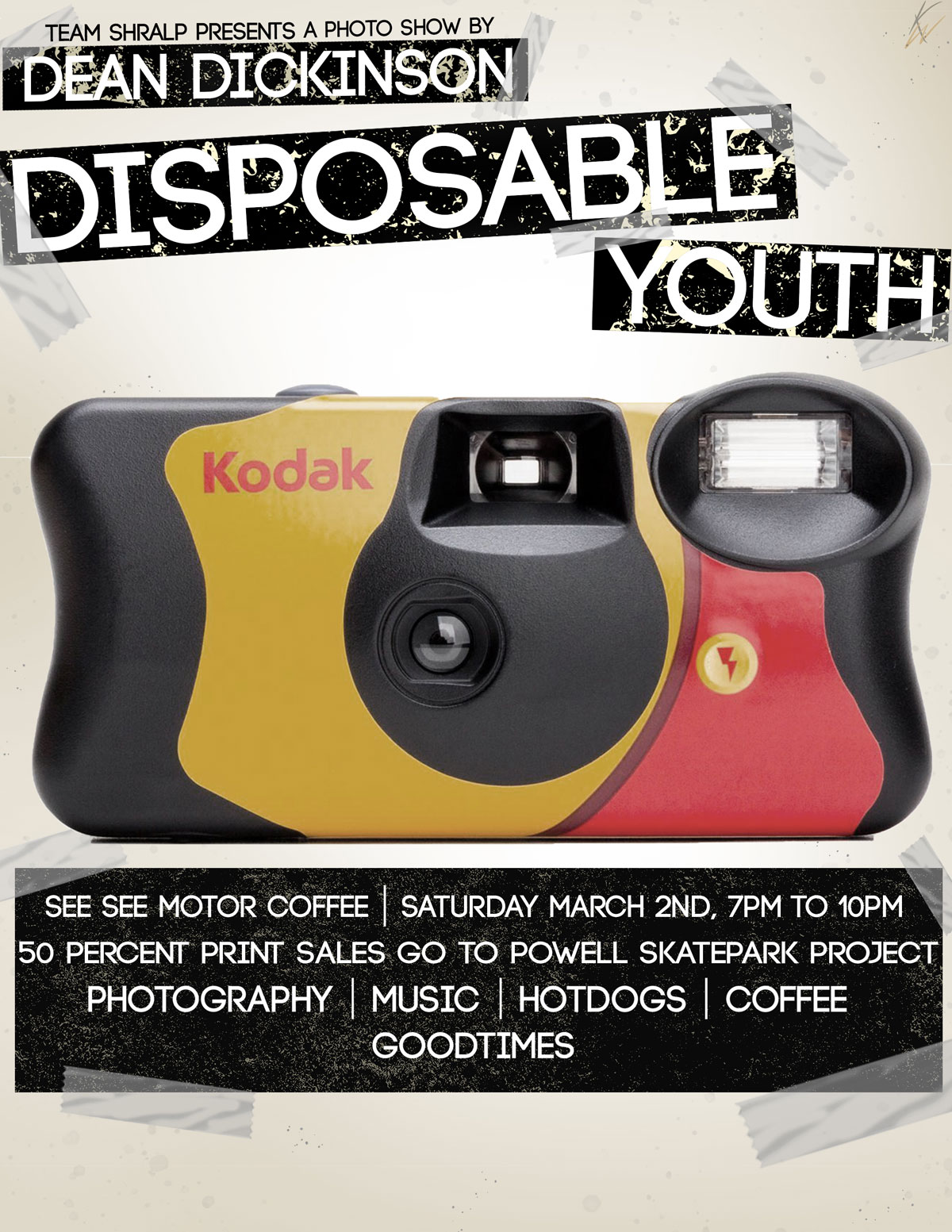 What are you doing March 2nd? If you are in the Portland, Oregon area, you should swing through See See Motor Coffee at 7 PM to check out the photo show that Dean Dickinson is doing to help benefit the Powell Blvd Skatepark Project! Get more details on everything below! This is bound to be a good time, so don’t miss it!

Dean has been traveling the country for the past 15yrs documenting his adventures with a disposable camera. On Saturday March 2nd from 7-10pm at See See Motor Coffee (1642 NE Sandy Blvd, Portland, OR 97232) he’ll display some of his favorite work. BMX, skateboarding, music, traveling, & more! 50% print sales will benefit Portland’s future Powell Blvd Skatepark Project.

The Bone Deth crew just uploaded Dean Dickinson‘s section from their “The Dirty Sniff” DVD online for your viewing pleasure. Dean’s section is packed full of pools and babes, making for a real interesting watch from start to finish. Get a look at this!

The crew at Bone Deth coming through with a fresh mix of footage from the team that didn’t make the cut for their ““The Dirty Sniff” DVD that came out a few months back. As expected, there’s plenty of wild riding and girls to keep things plenty interesting from start to finish.

There’s no denying that Dean Dickinson loves pools more than pretty much every rider, so it wasn’t a complete surprise that he had another pool party to celebrate his birthday! Here’s a look at what went down at this years pool party that had a few Pros, legends, weekend warriors and more turn out for the session. This spot looks super fun and it’s safe to say everyone had a good time! Take a peek!

Bone Deth dropped a bunch of extra footage that didn’t quite make the cut for Dean Dickinson‘s section for the “Dirty Sniff” DVD! This footage is loaded with weird, plenty of dialed riding from cement parks and pool sessions, skydiving with Mat Hoffman and more! Hit play and take it all in. Make sure you get your hands on a copy of the full “Dirty Sniff” DVD. You won’t regret it!