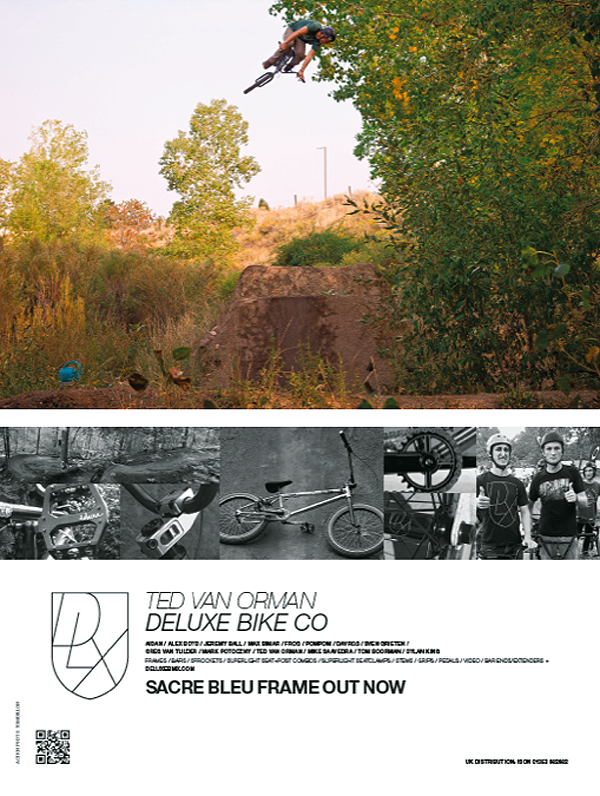 Here’s a look at Deluxe‘s newest print ad featuring Ted Van Orman. This can be found in issue 11 of The Albion.

Deluxe‘s Mark Potoczny was able to get out for a trails session on Thanksgiving which is pretty awesome on its own. He decide to strap on the helmet cam for a few runs through JP’s trails for you to take a peek at. Take a ride! 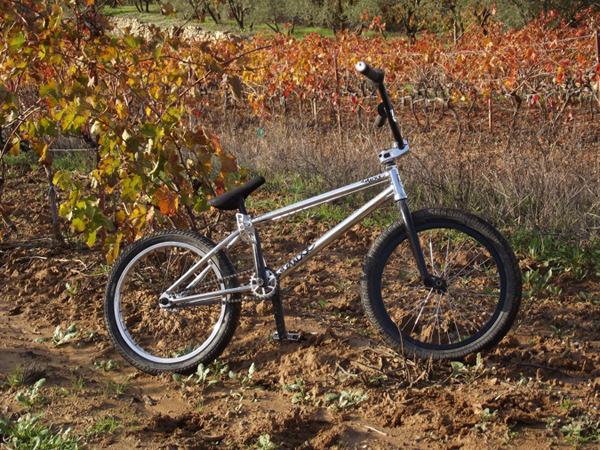 Head over to the Deluxe website to check out Max Bimar’s fresh bike he build up of his signature Sacre Bleu frame due out in December! That’s a clean trails machine!

It’s that time of the week again already? Damn where does time go. This weeks Products: column is all sorts of dialed. We’re going to take a closer look at the Sano brakes from The Shadow Conspiracy, Colony‘s new “Statement” t-shirt, Max Bimar’s signature Sacre Bleu frame from Deluxe, Madera‘s Mast stem that now comes in a bunch of sizes and the Mutant Bikes Corvo bars. I got things to do and places to be so let’s get into this right now!

END_OF_DOCUMENT_TOKEN_TO_BE_REPLACED

After what seems like forever, Max Bimar’s signature Sacre Bleu frame from Deluxe will finally be available in December! You can get a look at the frame along with a few helmet cam clips from Max in the video above, then you can hit this link for all the specs and info on the frame. If you are in the U.S, have your local shop hit up QBP to get one pre-ordered today! 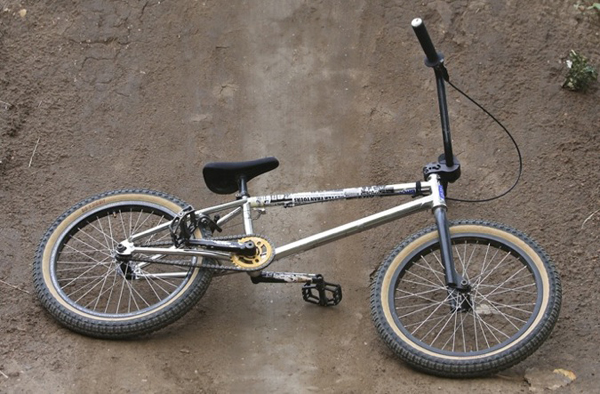 Make your way over to the Deluxe website to get a closer look at Ted Van Orman’s trails ripping machine. That’s what I call a sturdy unit right there!

It looks like Deluxe‘s Mark Potoczny was sitting on some footage from his trip to Franc last year. Hit play and take the ride!

“Two runs from the Hoppy Trails in Toulouse, France taken during the Deluxe France trip in 2011. The first run follows Jeremy Ball through the main line. And the second run follows the Belgians Greg Van Tulder and Sven Grieten. These trails were like none I have ever been too. They were a lot like 9th street how the drop in off a wak way, but the walk way was next to a 400 year old canal. The setting was aazing and the jumps were really fun. Like any set of French trails, the session was followed by an amazing BBQ!”

It just wouldn’t be Saturday if there’s no Products: column! I’m not about to let you guys down, so let’s take a look at what’s on deck for this week. In this edition, we’ll take a look at Profile‘s new limited edition pink colorway, the 33 Forks from And Forks, The Shadow Conspiracy‘s plastic Ravager pedals, Madera‘s 17mm / 8mm Hex head bolts and Deluxe‘s F-Lite stem. Let’s get into it!