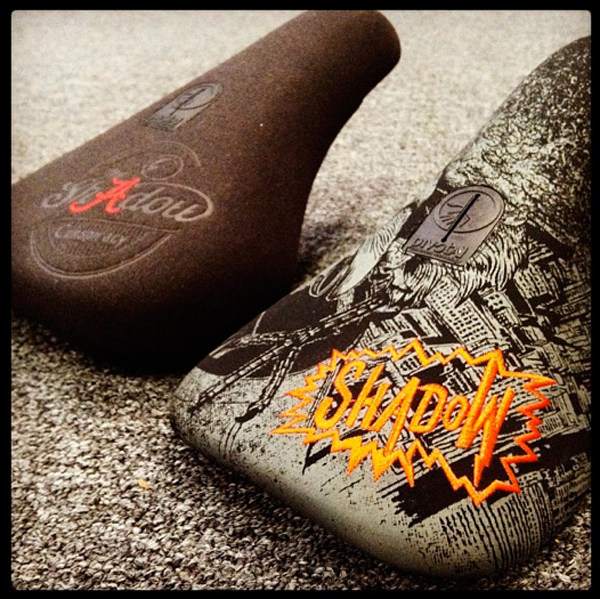 The Shadow Conspiracy dropped this sneak peek shot of Seth Kimbrough (black) and Drew Bezanson (gray print)’s new Penumbra pivotal seats that will be out soon. These are both definitely looking good. Expect more info soon.

This is awesome and Canadian as hell…

“ Drew Bezanson battles it out trivia style when he goes up against fellow Canadian BMX pro Steven Moxley in this Head2Head BMX challenge. Find out who invented the tailwhip drop in, and see if either Drew or Steven know the answer to this and all the other trivia questions we throw at them. Learn who comes out the winner in this Alli Sports Head2Head.” – Alli Sports 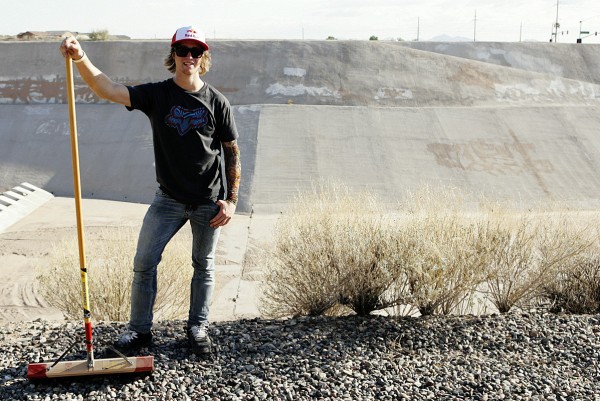 Head over to Ride BMX to check out a fresh interview with Drew Bezanson. He’s planning on buying a bull dozer? Man status! 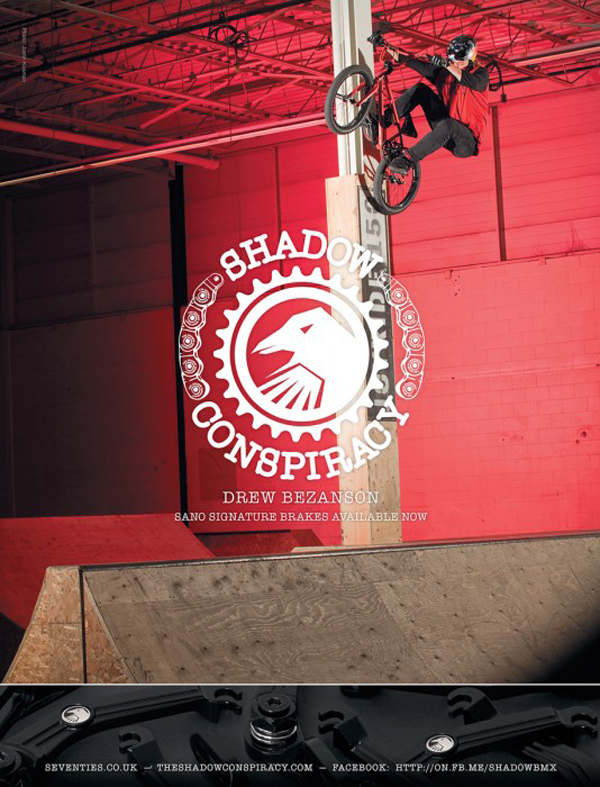 Here’s a look at The Shadow Conspiracy‘s latest print ad featuring Drew Bezanson and his new signature Sano brakes that are out NOW. This can be found in the new issue of Ride UK.

“Last night, we jumped into the 2012 Toronto BMX Jam coverage with a new video from BMXFU’s Charlie Crumlish that mainly focused on Drew Bezanson’s insane lines. Today, we’ve got another video from Leigh Ramsdell — this one features the pro class and best trick, along with some even more insane lines from Bezanson.

Since the late ’90s, the Toronto BMX Jam in one form or another (Battle of Elsinore, Metro) has served as an unofficial beginning of the BMX content season, and organizer Mike Heaton continues to produce one of the best events of the year. If you’ve never been, or didn’t make it across the border because of an unruly member of your party in the back of the van, this is what you’re missing. Video by Leigh Ramsdell.” – ESPN

“This past weekend was the annual Toronto BMX Jam, and DK’s Drew Bezanson, henceforth known as “The Great Uniter” in BMX, basically rewrote the rulebook on contest wallrides once written by T-1’s Ruben Alcantara a decade ago. With the help of BMXFU’s Charlie Crumlish in the crowd, we’re proud to showcase some of the better angles of the absolute insanity that Drew brought to the Toronto BMX Jam, featuring guest appearance from Broc Raiford, Mike Fede and Darryl Nau. We’ll have a more comprehensive recap video up tomorrow, but for now, we introduce Drew.0’s new perspective on airing a spine with inspiration from Spiderman. Video by Charlie Crumlish.” – ESPN

Spotted on the Northern Embassy.