It has been a while since we’ve seen a video from the Eastern Bikes crew, but they managed to get together for a road trip around North Carolina despite Covid shutting things down. Hit play to watch these guys throw down on ramps, trails, street spots and more! This looks like it was a real good time to us!

Filmed and edited by : Brian Gregor“

The Eastern Bikes crew recently spent some time out at Woodward East cruising and hanging out with the campers this summer. Here’s a fresh video they put together giving you a look at what they threw down all over camp. It looks like these guys had a blast! Take a look!

The Eastern Bikes team spent some time at Woodward West!

Here’s a fresh video Eastern Bikes uploaded giving us a look at what the team got into during their team trip to Woodward West!

“The Eastern team stormed Woodward West this summer and the boys killed it! Adam Banton goes every summer, so he was stoked to have Jonathan Bronson, Ryan Cibulski, Trey Turner & Josh Roberson join the fun this year. Woodward is amazing!!!

The Eastern Bikes team loaded up in North Carolina and took a road trip south to Florida for the FloriDeah Swampfest a few weeks back. This video shows what these guys got into at all the parks and spots they stopped to ride along the way. They have a mix of riders on the team from park shredders like Kenneth Tencio to street guys with a ton of hang five skills, Trey Turner, giving a great mix of tricks and styles. Take a peek at what they got into!

“On the way down to Florida for the Florideah BMX Swamp Fest 2018, the Eastern Bikes crew hit a ton of parks and as you can imagine, it was an epic trip!
Riders in order of appearance: Jonathan Bronson, Robbie Taylor, Trey Turner, Kenneth Tencio, Zach Kring, Tommy Myall, Ryan Cibulski, Austin Stevens, Josh Roberson, Russell Summerville, Justin Farabaugh.

Video shot by Jonathan Bronson, Trey Turner, Robbie Taylor and the rest of the Eastern team.

Trey Turner is back with a fresh BMX video filled with grinds and hang nothings!

Whenever we see Trey Turner‘s name pop up, we know we’re in a for a bunch of grinds and crazy hang five and hang nothing lines. Trey has spent the past few months out cruising spots in Ohio and ended up with a bunch of real solid clips for this new Eastern Bikes. This has a pretty chill vibe, but you won’t be disappointed. Take a peek!

“So I decided to start filming a street edit in the middle of the winter here in Ohio which wasn’t a good idea to start with but it was such a great time filming for this . Hitting spots all over Cincinnati, the cold didn’t stop me from putting in work in the name of Eastern Bikes. The hype is real so check it out!! ? Beat by Josh Warren” – Trey Turner

Take a look at what went down during the Eastern Bikes team trip to Atlanta, Georgia!

It’s crazy how we don’t see a lot of footage coming out of the Atlanta area. It always looks like there’s plenty of great spots to ride and the weather seems to be pretty solid most of the year. Either way, the Eastern Bikes team decided to make their way to spend some time riding the different skateparks, DIY spots and some street. Here’s a look at what they got into along the way! Plenty of dialed riding and clean film work in this one.

“The Eastern Bikes crew of Robbie Taylor, Trey Turner, Josh Robinson, and Justin Farabaugh loaded up and took off down to ATL to meet up with Zach Kring and Tommy Myall and friends. Once in ATL it was a shred fest from flat ledges to the bowls. Great times with great people and we are just heating up. Filmed by the S&M Spy Brian Gregor” – ROBBIE TAYLOR 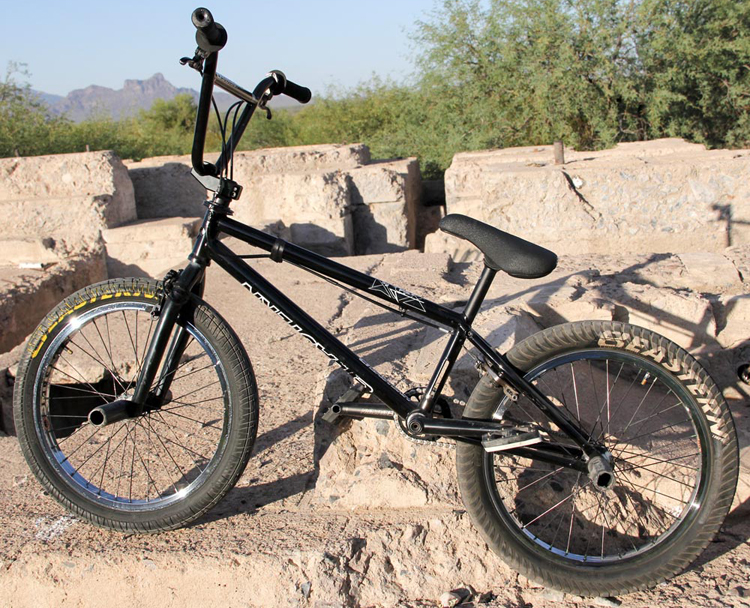 The guys over at Eastern Bikes caught up with Adam Banton to team a closer look at his current Grim Reaper setup that he’s rolling around on these days. Adam has been at it for a while now and he’s always been pretty consistent with the setup. It’s safe to say he knows what he likes, even if it’s not what’s trendy and cool! You can check out a bunch of photos and a full parts list right here — Bike Check: Adam Banton Grim Reaper X

If you’re looking for a fun trick to do while you’re just screwing around, Adam Banton has a trick tip on the Bike Lasso (I honestly had never considered that to be the name of the trick)! This trick is fairly basic, but takes a little practice to perfect and can be mixed in, in the most random times. Hit play and let Adam give you a bunch of tips and examples, then give it a go… I know there’s footage of me completely eating shit doing one of these somewhere online, haha.

“The Bike Lasso is an oldie but a goodie. Eastern pro Adam Banton takes you through the steps of the trick and adds in some helpful tips to get you slinging that thing in no time.