It’s been quite a shake up this week at the Eastern umbrella of brands! Zack is the 3rd rider to depart from the camp, all claiming the same reasons about a “different direction” that they were looking to head in than the brands were going. Dust those sponsor me tapes off kids, this might be your chance! Here’s Zach’s statement:

“After many years under the EBIUS roof, I have decided it’s time to part ways. Unfortunately, I felt like the brands and I were moving in different directions. I would like to thank Mike Corley, Jon Byers, and everyone at Eastern and EZRA. I have a ton of good memories and friendships that will last a lifetime. Currently, I don’t have anything lined up, but I’m excited to see what the future has in store!”

WOW! The past few weeks have brought with them some really unexpected sponsor situations! Karl Poynter has been on Eastern for almost as long as I can remember, and Ezra as long as it has existed. Here is Karl’s statement about it:

“I will be parting ways with both Eastern Bikes and Ezra BMX. Over the past couple of years you may have noticed a lot of cutbacks and changes happening under the Eastern roof. Unfortunately, all of that has caused it to be impossible for Eastern/Ezra and I to continue to work together. I felt very invested in these brands through all the good and the bad. Some of the changes and decisions made with the brands were not always in line with the direction I had hoped for or expected, but a rider can only have so much control. I can also say that the past four years I’ve had experiences I’ll never forget with traveling the world, meeting new friends, hanging with the team, and working on a few signature products. It’s been a fun ride and I’m thankful to have been a part of it. As this door closes, I’m excited to move on to the next. I’d like to say thanks to all of you out there who continue to support me in what I do. It really means a lot! With this news being unexpected and with no warning, I currently do not have any frame or parts sponsors lined up at this time.”

This is awesome. Pretty sure Adam Banton has some of the coolest landlords around. Check him and Drew Hosselton out cruising this pool before it got ripped up in this new Eastern edit.

“Sometimes situations present themselves that you know will happen only once. Take for instance when Adam Banton learned that the pool at the place he rents was going to be resurfaced. He talked to the landlords and offered to help drain the pool if he could ride it before it was jack-hammered. They said yes and Adam put in a ton of work to get it rideable. He called over friend and Volume rider, Drew Hosselton to ride it with him for a day. It’s not often you get to find a rideable pool in your own back yard. Props to Adam for making this happen.
Filmed by: Greg Molinterno gregorymoliterno.com/
Music: Jeff Livingston – “Going Nowhere” mechacoustic.com/“ 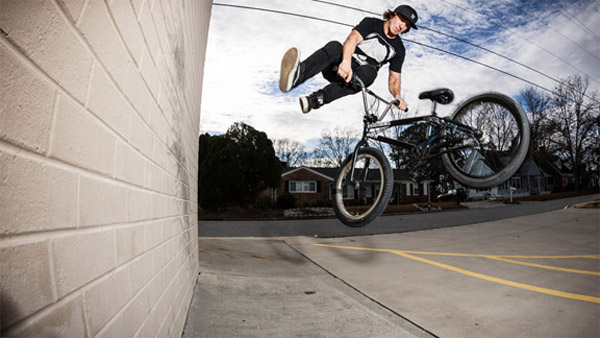 Head over to the ESPN BMX website to check out a rad photogallery shot by Cody York featuring Eastern‘s Josh Perry throwing down in Greenville, North Carolina. Stoked on this one for sure.

Check out Eastern‘s Josh Perry throwing down some real good riding at Rye Airfield in this brand new edit! Liam also did a great job with the filming and editing.

Everyone keep Josh in your thoughts as he’s going through treatments to take down a brain tumor he’s fighting with!

“Josh was back home for a little while. So we decided to get together at Rye Airfield, in New Hampshire and get some filming done! Hope You Enjoy!
Music: The Submarines “1940 (Amplive Remix)”
Filmed/Edited: Liam Crivellaro
Filmed With:
Fisheye Angles: Canon 60D, Rokinon Fisheye, Eazyhandle
Edited In: Final Cut Pro X
Long lens Angles: Canon T2i, 18-55, Bogen Tripod, Bescor LED” 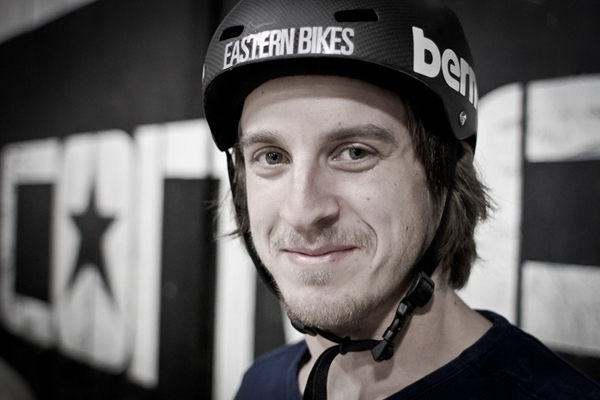 Ah, man, this is rough news to spread, but Josh is keeping it positive so I guess I should too. Josh Perry has been re-diagnosed with a brain tumor. He will be getting a procedure done on November 28th to take care of the tumor that you can find out more about on the Eastern website where Leigh has done an interview with Josh about everything. Everyone, please keep good vibes going towards Josh!

Eastern caught up with Josh Perry to get the low down on toothpick footjams. Give the video a look and then go give it a shot.

“Eastern’s Josh Perry shows you how to get technical with a Footjam Toothpick. Josh gives you pointers on how to get this done and then shows you a few combos involving the Footjam Tooth. He also wants you to hit him up on his social networks if you need more pointers or want to show him what you learned.
Facebook: Josh Perry Official Fan Page
Twitter: @JoshPerryBMX
Instagram: @joshperrybmx”

Oh wow… I did not see this one coming. It looks like Kelly Bolton is no longer riding for Eastern. Based on the statement below it sounds like he might have a new deal lined up possibly? I’m not sure. But, I am sure that this edit kicks ass. Check it!

“Today I am sad to announce that Eastern and Kelly Bolton are parting ways. We definitely shared some great adventures together and I will miss going on trips with him. He has almost as many costumes as I do. I am honored to have gotten to know Kelly through the years and even more so to be able to call him a friend. I put together this farewell video from his time here. Kelly and I picked the song out of a few he sent over, so don’t read into it too much. I am looking forward to see what Kelly has up his sleeves next.” – Leigh Ramsdell.