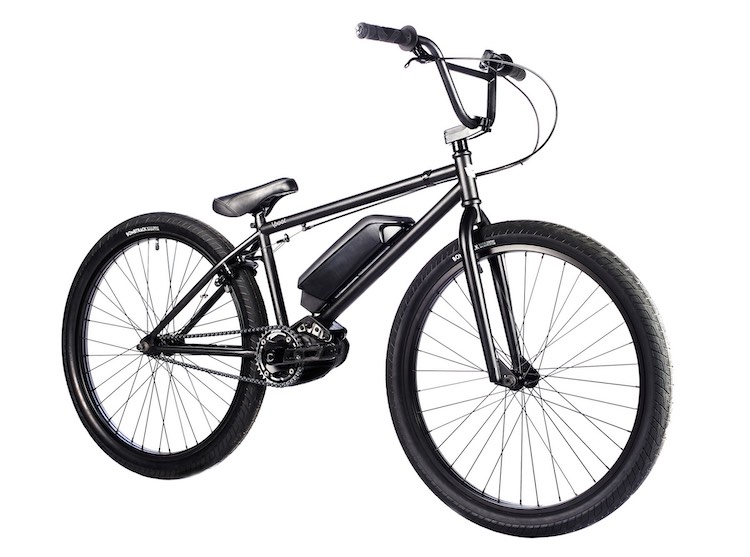 Have you been checking out some of the electric bikes and wishing there would be a BMX version? Well, some of you might remember last year we posted up news about a prototype electric BMX bike that Eric Klinefelter was working on. After a lot of work, it looks like he was finally able to release the bike,the Cliftn Motors Boot electric BMX bike, that takes a 26″ cruiser and throws some juice behind it to make it a bike you can cruise around on with some speed! The bike is currently available exclusively through ALBES BMX for $3,395.95. Spendy, but they also plan on having kits available so you could build your own for cheaper! Check out more photos and details on the bike right here! The full press release and specs can be found below as well.

END_OF_DOCUMENT_TOKEN_TO_BE_REPLACED

Could this be the start for a proper electric BMX bike? 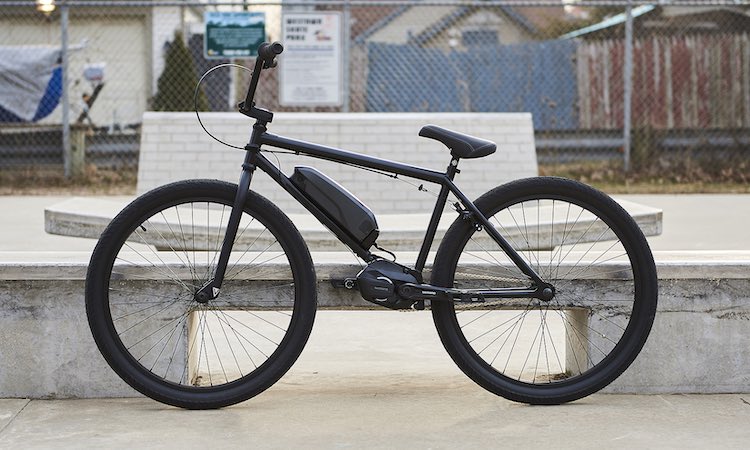 Remember when we posted up an electric bike built for BMX on April Fools day in 2018? Well, it’s not a joke anymore…

The future is such a hard thing to predict these days because it seems like all these new and crazy ideas are coming to light that we didn’t even think about a few years ago. When something catches on, it seems like a ton of people put focus on it to figure out how to make it even better. Over the past few years we’ve seen Electric Bikes popping up like crazy, and like any idea that catches on, it’s starting to see its revisions to make them not only function better, but look a hell of a lot better than those big, heavy, bulky things that originally came out. Now that there is a ton of players in the electric bike market, we’ve seen some pretty rad bikes pop up.

It was only a matter of time before a BMX rider figured out how to make one that looks like it can actually handle some fun without it being built like a tank. The 26″ BMX bikes have been becoming more and more popular (seriously, they are sold out everywhere it seems like) and, not going to lie, they look like a lot of fun.

Eric Klinefelter was looking into Electric Bikes and didn’t really see anything that he liked, so he took a 26″ BMX bike an turned it into an electric BMX bike that he did. That launched CLIFTN Motors where he’s working on designing a whole setup that makes electric bikes look badass, and even run using technology fund in electric cars. Eric is currently in the running for a $5,000 prize that will help him push his idea and development closer to reality. You can learn all about it (honestly, didn’t understand a lot of the terminology explaining this all!) and VOTE for his design over on the 5X5Night.com website. You can also see how this bike was build over on the CLIFTN Motors website.

What do you think about the idea? Could you see electric BMX bikes taking off? Especially in the bigger 24″ / 26″ style? I doubt we will see guys sending it on rails with an electric bike, but these could be a lot of fun to cruise on.