After their session, they had to wait a few minutes after 6:30 p.m. to get their bikes back on the train to NYC, and I ran into them when I got off the train. Because I was carrying a Nigel Sylvester Gatorade bottle with me, the moment turned out to be somewhat surreal. We all laughed, those guys got on the train, and the next morning, Brett Rohlfing turned in the above video. Nigel gets around.”

“Volume/Demolition rider Drew Hosselton, made some waves earlier this week with a stellar new video from Volume But before that, Drew met up with Stew Johnson in Tempe, Ariz. a few weeks back to film some clips and get a bike check done. 23-Earth-year-old Drew’s Volume Drifter stands up to Drew’s unique brand of Arizona-influenced abuse, and we’re also never going to get tired of making Drew feel awkward during video introductions. Video by Stew Johnson” – ESPN 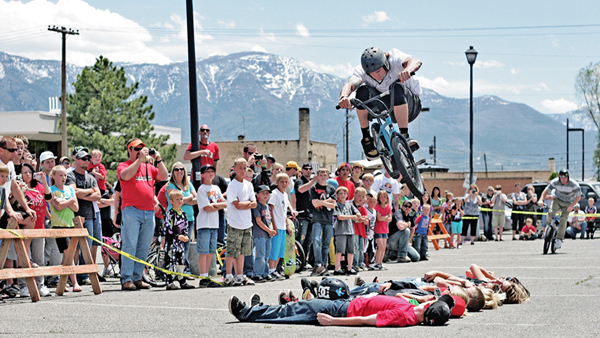 ESPN just posted up a photogallery that Jeremy Pavia shot of the DC Roughin’ It Tour. Definitely some good shots in there.

“EYE/AVE rider Aaron Day’s trails are dialed. Located near Redding, Calif., the trails have been running since October 2009, when Aaron and Curtis Ide began digging. Curtis later moved on to Portland, Ore., but Aaron kept up the work alone for a time, eventually enlisting help from local rider Joe Sanchez and the POWS.

After throwing a small post-Hella Track jam last year, Aaron decided to throw a bigger jam this year, this time taking place the day before Hella Track. With a larger-than-expected turnout of riders from throughout the state, a wild jam went down, with stylish trail maneuvering, classic contest tricks, and everything in-between being thrown down on some of the cleanest lips and landings in Northern California.” – ESPN

Filmed and edited by Chris McMahon

“Throughout the ’90s, the name Rob Nolli was synonymous with top five finishes in BMX Street at Mat Hoffman’s Bicycle Stunt Series. Along the way, Rob became a longstanding member of the GT Bicycles team, touring nonstop for months at a time when not riding in contests alongside the likes of Kip Williamson, Kevin Gutierrez, Aaron Behnke, Trevor Meyer, Dave Brumlow and many more.

Around 2001, GT Bicycles dismantled their team and touring units, but Rob continued to ride in shows and contests, branching out into vert and enduring years of torment from Dave Brumlow along the way.

Now 38, Nolli continues to ride and compete, and judging from the likes of this video, he shows no signs of slowing down anytime soon. Introducing one of Florida’s most enduring pros, Rob Nolli. Video by Bert Roh” – Brian Tunney / Rob Nolli

“One time, I was sitting on a plane, ready to go to Germany for the Rebel Jam, when a person tapped me on the shoulder and handed me his phone. The voice on the other end was Adam Banton, and he said, “Brian, that’s Kelly Bolton, he’s on your flight and he didn’t know how to introduce himself.” And because of that introduction, I will always have a special place in my heart for Kelly Bolton. Here’s his latest setup as shot by Tommy Blanco.” – Brian Tunney / ESPN 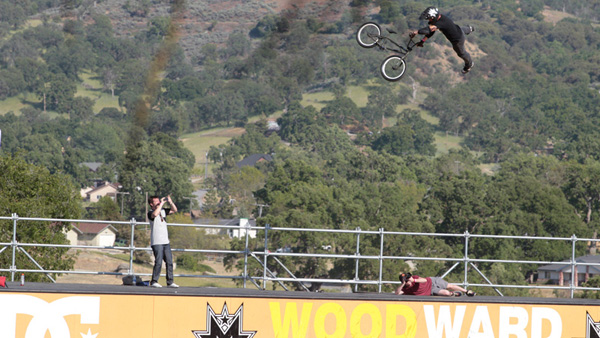 Justin Kosman made a trip over to Woodward West last weekend for the first MegaRamp Championships stop. He shot a bunch of photos from the day and dropped this gallery over on ESPN.