Etnies have teamed up with Sergio Layos and Fly Bikes to do a signature collaboration shoe. To go with the release of the shoe, Etnies had James Cox spend a week with Sergio in Spain to check out what he’s normally up to when he’s not on the road which consists of some real cool places and a lot of real good riding. After you check out the video, hit this link to take a closer look at Sergio’s RVM2 shoe. 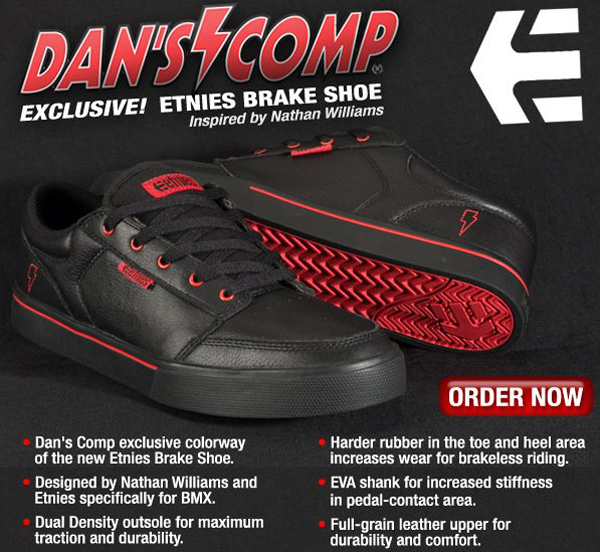 Etnies, Dan’s Comp and Nathan Williams teamed up to create a limited edition colorway of Nathan’s signature shoe, the Brake. You can find out more about the shoe below, or pick a pair up right here.

“We are excited to formally announce that Dan’s Comp exclusive colorway of the new Etnies Brake shoe is now available! The Brake was designed with input from Etnies/Dan’s Comp team rider Nathan Williams as a casual looking, high-performance shoe with specific features for brakeless riders. The toe and heel area of the outsole are made of a harder rubber for longer wear in those areas, while the center portion of the sole is softer for more grip on the pedals. The tread pattern is a deep, multi-level zig zag pattern and the hidden secret is a reinforced shank in the pedal area of the mid-sole to keep your foot from wrapping around the pedals on hard landings. The brake has been in development for over two years and was worth the wait! The Dan’s Comp colorway is made of premium leather for comfort and long wear. Get them now, only at Dan’s Comp!“

“We wanted to get up close and personal to the United x Etnies Supreme SU2 complete to show you some of the key features and a little insight to these collaboration bikes.
The bike featured is the Nathan Williams colour way to co-incide with his Etnies Jameson 2.
We are proud to have teamed up with Etnies to produce a line of bikes, shoes and apparel headed up by Nathan Williams, Corey Martinez & Ashley Charles.
Working closely with the riders and by combining our SU2 complete with some of Etnies finest shoes and clothing we have created three options and styles to suit everyone.
For more info and to check out the other bikes go to the United X Etnies Micro site.
or: right here“

“Henrique castro also known as Valvo, returned from his trip to Australia where he spent a short time, with new projects in mind. One of them is there a video of pure street, recorded in just five days, the streets of the Far East are Paulo and Sao Jose dos Campos. Henry is already in preparations to start filming the next.”

Music: Jimi Hendrix – All Along the Watchtower 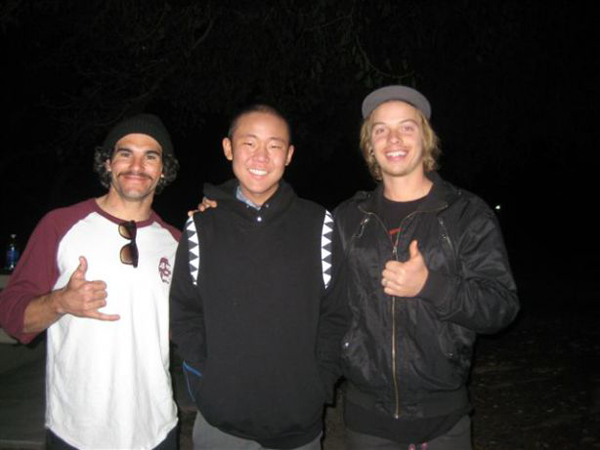 Michael Miyamoto was dealt some pretty shitty cards growing up revolving around his health. After many years, a bunch of chemo therapy treatments and more, he’s finally back to living his life and riding BMX. He recently had the chance to meet somebody he looks up to huge, Nathan Williams. Check out the full story over on the Etnies site. 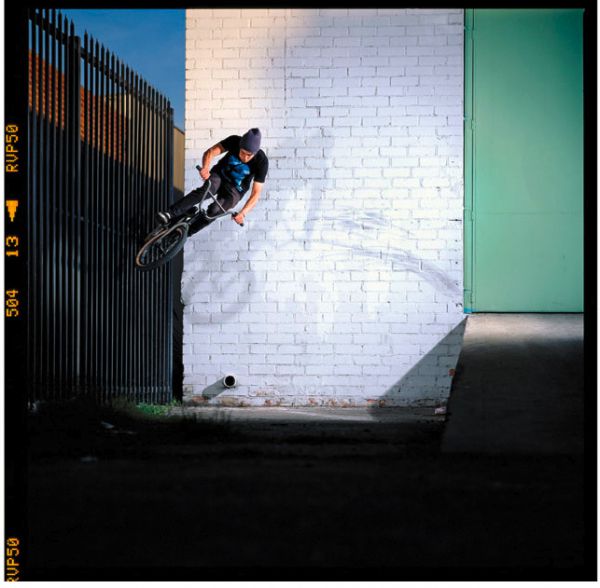 “In a sport dominated by trends and peer pressure, it’s refreshing to see someone doing his own thing. To me, Tate brings the ‘Freestyle’ back to BMX freestyle and I’ve been a fan for a while… Maybe it’s the Salt Lake City air or just viewing things through a fresh set of eyes, but I’m definitely excited and appreciate that Tate’s down to rep etnies… Good times ahead.” —John Povah, etnies TM. 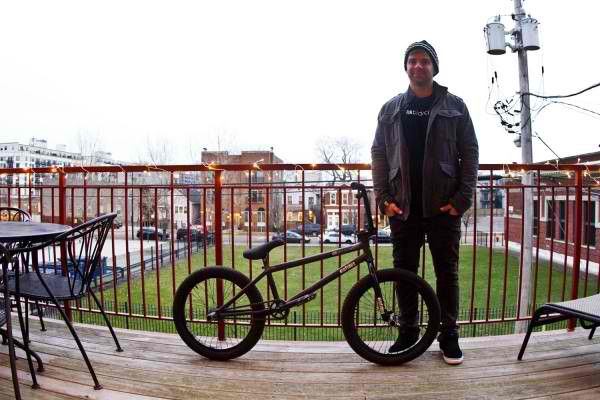 Dialed bike, good cause… Can’t go wrong with this!

“Brian Kachinsky is auctioning off his bike and YOU should bid on it. Back in October fellow etnies & DK teammate Nina B had a gnarly crash and has since then needed help with medical bills. This is BK’s way of contributing and letting you all be a part of it. Check out his TransWorld’s Bike Check for Brian’s DK Passport and bid on it via eBay.