Felix Prangenberg and Jordan Godwin have been dropping videos left and right lately. Here’s another new one Wethepeople dropped from some time they spent cruising spots in Hawaii recently. As always, both of these guys deliver with the good stuff, so get on that play button.

“Felix Prangenberg and Jordan Godwin head to the picturesque setting of Hawaii where they do some biking, avoid sunstroke and get that much-needed beachside vacation.

We took a break from the sunburn and intense heat to sit down with Wethepeople PRO’s Jordan Godwin & Felix Prangenberg and hear some of their favourite tunes. Enjoy!

Felix Prangenberg is back with another banger of a BMX video!

It seems like Felix Prangenberg has had a new video pop up every other week lately! Here’s his latest that is nearly 8 minutes of amazing riding that you already know is a must see! Get on that play button to check it all out!

“When you talk about productivity in BMX, the name Felix Prangenberg has to be right towards the top of the list – this guy never stops putting out mind-blowing and ultra progressive riding on the regular. This 8 minute beast is yet another absolute jaw dropper. Sit back and soak it all in. BMX is lucky to have this guy.

A video by Anton Arens

The X Games have been going off out in California, and the BMX Street contest went down yesterday at the California Training Facility with some of the best street riders in the world putting the street course to work. Check out all of the highlights in the video above, then check out the top 3 winning runs down below! No shortage of heat to see from all the guys!

END_OF_DOCUMENT_TOKEN_TO_BE_REPLACED

Wethepeople have released their new “Honey” mixtape featuring Felix Prangenberg, Riley Smith, Dan Kruk and Jordan Godwin going to work on street spots out in California. You already know when a crew like this goes to work on a video project, it’s’ going to be a Must See, so hit play and take in all 20 minutes of goodness!

Check out the full “Fracture” video that Felix Prangenberg put together!

Here’s a rad one featuring the crew out in Cologne, Germany putting in work on street spots all around the city! This one was filmed and edited by Felix Prangenberg and features a TON of different riders. Despite having some bad luck with the footage, it looks like it all worked out because this ended up being over 30 minutes and a real good watch! Check it!

“Cologne, Germany is home to a wild selection of talent so when Felix Prangenberg picked up a HMC 150, it was a no-brainer to start work on a full-length video with the locals. Fast-forward two years and after a bunch of hard drive nightmares, ‘Fracture’ is the result, and oh boy is it a good’n! Soundtrack, riding, filming all VERY on point. You know what to do…” – DIG

“Fracture is something we started a few years ago when we all just needed something to film for. Cologne has probably the biggest BMX scene in Germany and there are just way too many talented people in one place to not film a video. I (Felix P.) just got more into filming over the years so I bought myself an old HMC 150 which we started filming this video on. I had no idea what I was doing when we started (I still don’t) but I knew that we were all having the best time ever while doing it. So we all just kept going with the idea in mind to film a full length video.

After a year and a half of filming and having a good amount of footage the whole project was on pause for a while. While I was editing a video part of Jordan Godwin and myself I accidentally dropped the hard drive which all the footage for this video was on. A lot of files were either partly damaged or completely gone. It took a few months to eventually get most of the footage recovered by a professional for a couple hundred euros. Deadlines never really work so we filmed for almost another year after all this happened and saying that we just want to film another 1-2 months to finish the video. All these people in the video motivate me more than anything and mean the world to me. I hope everyone enjoys the video as much as we did filming this!” – Felix Prangenberg 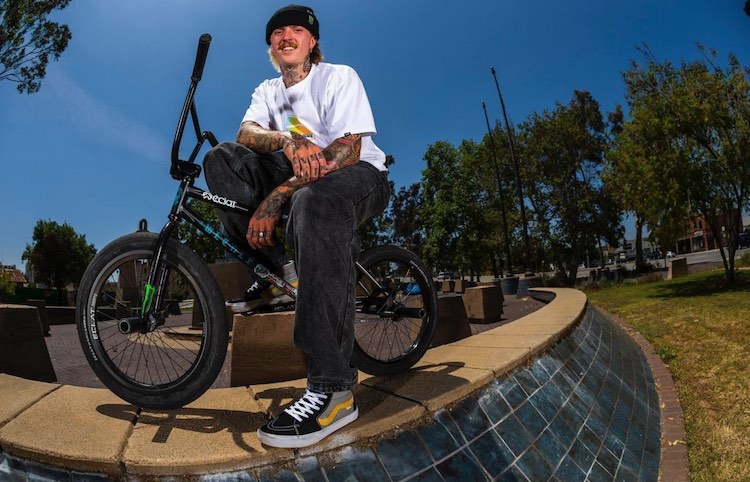 Here’s a little sponsor news a bunch of you probably already caught on to by now! After parting ways with Etnies at the start of the year, Felix Prangenberg is now doing it for VANS. There isn’t a welcome video or anything just yet, but he does have a quick interview over on the DIG website talking about the opportunity, the shoes he has been wearing and plans going forward. So check that out, and get ready to see Felix throwing down in Vans shoes this summer.

Get a look at the new Jameson Vulc BMX colorway from Etnies! 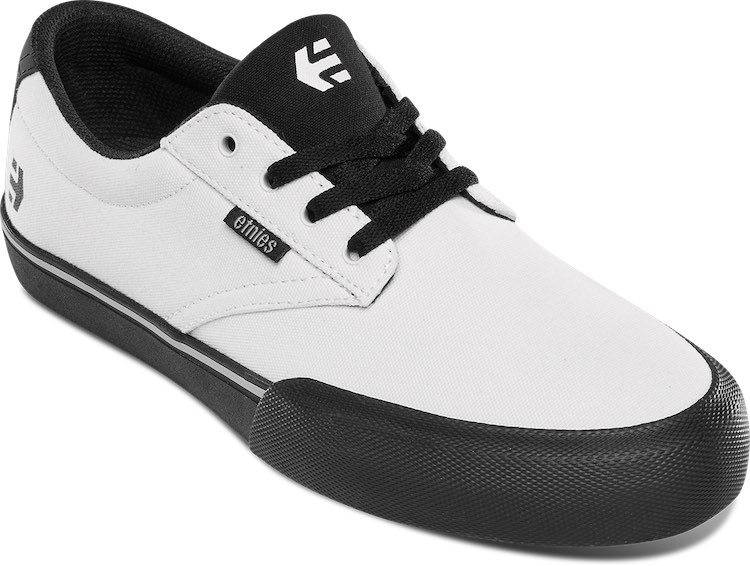 Etnies have been on it with the new signature BMX shoes this week! On Thursday we got a look at the Etnies X Kink BMX Collection, and now we’re getting a look at the new Jameson Vulc BMX colorway that we’re assuming went into production before Felix Prangenberg made the decision to leave the team at the start of the year, so they are still selling the shoe. Felix went with the ever popular Jameson Vulc shoe with a simple Black and White color combo that looks real good. The shoe is available in sizes 7-14 for $76.99 on the Etnies website now. Check out more photos and full details on the shoe below!

END_OF_DOCUMENT_TOKEN_TO_BE_REPLACED

Here’s one we know a ton of people have been waiting for. Doomed have released their “Chapter One” video online for your viewing pleasure. This is just shy of 20 minutes of VX footage from the streets, and you already know it’s jam packed with wild riding from start to finish. Hit play on this Must See.

“Well you couldn’t ask for anything much better to close out 2021. The Doomed fellas have been working on this full length for a while now and ohhhh boy was it worth the wait! Sit back and enjoy Doomed ‘Chapter One’.