Holy… hell. What happens when Nike takes Garrett Reynolds, Chad Kerley and Alex Kennedy to Taipei, Taiwan? They do what they always do and absolute KILL IT. This is a MUST SEE!

“Garrett Reynolds, Chad Kerley, and Alex Kennedy sample the streets of Taipei, Taiwan, and ride with the locals in the Nike Summer Jam. “Tech” is in full-effect with this crew! Filmed and edited by Ryan Navazio.”

Check out what Red Bull‘s Garrett Reynolds, Sean Ricany, Vasya Lukyanenko and Alessandro Barbero got into during the Adrenalin Games the other weekend in Moscow, Russia! You know these guys threw down.

Usually the idea of an iPhone edit makes me cringe. The footage is usually never that clean and there’s a good chance the footage will look like an earth quake was going on. Sometimes though, the footage comes out clean and if edited right, it can turn out to be a good edit. Nate Richter recently hit us up with this video for you guys to check out that he filmed on his iPhone. The video features riding from Kareem Williams, Dave Jacobs , Drew Bezanson, Mario Carrasco, Mario Gorman, Dom Roark, Nate Richter, Garret Reynolds, Eric lichtenberger, Josh Delcour, Morgan Long, Zach Krejmas, Dan Pedersen, Sean Morr, Tony Neyer, West side Greg, Jeff Z, Dillion Llyod, Brian Cothan, Kevin Porter, Stevie Chruchill, Ricky Rios, Killian Mcguinness, Gabe Brooks and Tom Villarreal. With a line up like that you really can’t go wrong, so enjoy!

Check out some highlights from Red Bull‘s Garrett Reynolds, Bruno Hoffmann, Simone Barraco, Drew Bezanson, Daniel Dhers, Bas Keep and Kevin Robinson at X-Games 18 that went down the other weekend!

Here’s a look at Garrett Reynolds’ signature stem from Fiend. This 6061 billet aluminum stem has a 48mm reach, 32mm stack height, internal machining for extra weight savings and 6 solid bolts. The Reynolds stem will be available in black and silver polished with a weight of 10.5 oz. You can find more photos of the stem by clicking this link.

Needless to say, yesterday the guys all went off on the street course for the X-Games. It was pretty clear going into it who would be making it into finals, but it was real close at the end with Garrett Reynolds being in second place with just 1 point separating him and Chad Kerley, and Garrett having the final run. It’s no surprise that Garrett turned up the heat and earned that first place.

After you check out the videos, hit the Ride BMX website for some photos! 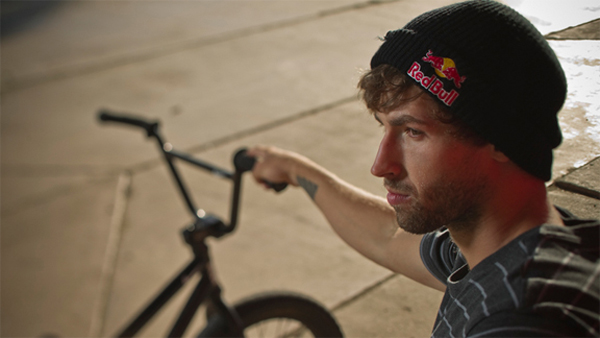 According to ESPN, Garrett Reynolds is now riding for Red Bull. It’s no surprise since Garrett should have probably been on their team years ago. ESPN also mentioned that Simone Barraco is on Red Bull as well, so expect good things from both of these guys in the future involving the brand.